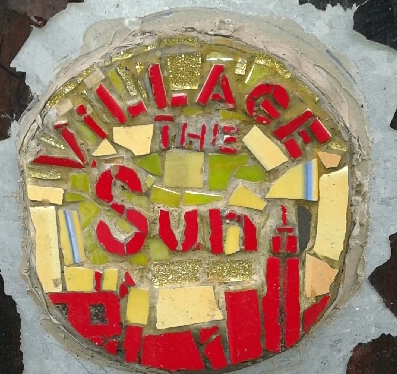 BY THE VILLAGE SUN | It’s hard to believe, but The Village Sun launched a little more than a year ago on Nov. 1, 2019. Time flies! Nearly 900 posts later, it’s time to recap the top articles of our first year…plus two months.

Based purely on the number of online reader views, the top 20 stories generally fell into a few specific categories. These included politics, obituaries/people, tragic accidents/crime, stunning feature photography and Mayor de Blasio’s hotly opposed upzonings. Pandmemic-related stories also made the top 20, including Soho residents’ opposition to the Open Streets program, along with the fight to keep Beth Israel Hospital from being downsized during the COVID crisis.

The year’s top story, “Brooklyn woman ends life in leap from Hudson Yards’ Vessel,” was a tragic one, about a 24-year-old who jumped off the 16-story-tall walkable sculpture on Dec. 22. The Village Sun was the first to report the victim’s name, Yocheved Gourarie, that she had struggled with crippling depression and anorexia, plus that she had written a suicide note on Instagram — scheduled to post the day after her death. “If you’re reading this, I’m gone…” the note began. The story was picked up by the world’s largest English-language news site, the Daily Mail, as well as by the New York Post — though only the Mail gave proper credit to The Village Sun for breaking the news.

The Village’s Sun second top story, “Woman falls from top of six-story East Village building — and lives,” was another exclusive. The story also involved a young woman who fell from a great height, yet in this case somehow miraculously survived. The victim, 23, was at a rooftop birthday party at 60 E. Third St. in October when she fell off the building and landed in a concrete-paved alleyway. A police spokesperson listed the victim’s condition as “stable” when she was removed to an area hospital for treatment. In a follow-up story, a witness in a neighboring building told the newspaper that he had watched from his window as firefighters extricated the woman from the alleyway on a backboard and fitted with a neck brace. The Village Sun so far has been unable to find out more information about the victim or get an update on her condition.

Glass and many of her supporters strongly objected to the label “anti-vaxxer” — preferring more neutral ones, like “pro-health choice.” But clearly her opposition to vaccinations was a key plank of her campaign.

The passing of Hoylman’s bill to lift the religious exemption for vaccinations for students — which Governor Cuomo signed into law amid the June 2019 measles outbreak — enraged anti-vaxxers and ultimately sparked Glass and others to launch runs for office. Hoylman won the June primary handily.

Politics came in fifth place as a first-person column, “Penny Mintz on her run for Democratic State Committee,” enflamed passions. Mintz criticized Rachel Lavine, the incumbent Village State Committee woman, over her school choice for her son, sparking a ferocious backlash by Lavine, her high-powered attorney wife Roberta Kaplan and allies, who slammed the piece as way out of line. In the end, Lavine easily fended off Mintz’s challenge in the primary election.

In the No. 6 position was a tragic crime story, “Brooklyn man dies in fight on Christopher St.,” about a man’s  fatal clash in the Village with someone he reportedly knew. Dashawn Bush, 26, of Brownsville, Brooklyn, died after the early-morning fight on Aug. 15. It was only the second homicide in the Village’s Sixth Precinct in the last five years. Bush’s death came as the city was on edge amid a rising wave of murders and shootings.

An obituary on Frances Goldin, “Frances Goldin, legendary housing activist, literary agent, dies at 95,” came in seventh position, based on page views on The Village Sun’s Web site. The paper was the first to report the passing of the iconic Cooper Square affordable housing activist. However, if another metric is used, namely “likes,” then Goldin’s obituary would rank No. 1 since it got more than 5,500 of them, mostly through the article’s posting on the newspaper’s Facebook page, as well as by the obit’s also being shared by others on Facebook.

A report on the death of punk rocker Alec Baillie, “Alec Baillie, Leftöver Crack bassist, found dead in East Village,” in early November was also among the newspaper’s most-read articles.

Another article, “Upzoning uproar: Fed up with mayor’s rezonings, 65 groups to protest at City Hall,” detailed how community groups from across the city have united to demand an end to what they call Mayor de Blasio’s “racist rezonings.” The article got an overwhelming response from readers, good enough to rank it as the year’s ninth most-read story, and also blew up on Twitter.

At No. 10 was an obituary written by Charley Crespo, “Pastor Diane Dunne, ran Tompkins Square food program, dies suddenly at 66.” For years, Dunne fed the local homeless through her Hope for the Future Ministries program. (Crespo, whose passion is covering live music, usually writes under the byline Everynight Charley Crespo, but in this case used Charley Crespo, feeling it was more appropriate.)

12. “Soho residents close ranks against open streets,” about Soho residents recoiling at the city’s plan to close their streets, so that people could better use them for socially distanced activity, reflected concern about the city’s pandemic-related maneuvers. Locals feared the scheme would attract hordes of people not wearing face masks.

13. “Trump hits a wall — of his own lies — in Soho,” on the “Wall of Lies,” a public-art display by Phil Buehler, listing Donald Trump’s untruths on a fence at Lafayette and Grand Sts., was a popular read in the run-up to the presidential election. (Thanks to Dan Miller for the heads up and the photos on this one.)

14. “Life of the Mind: ‘Genius literary matchmaker’ Sue Shapiro on writing and teaching during COVID-19,” a profile of the Village guru of getting published, by Gary Shapiro, racked up a ton of reads and was shared widely on social media.

15. “Skater seeks an edge against liver disease — needs a living donor,” about Kenny Moir, a Sky Rink figure-skating instructor fighting for his life, connected emotionally with readers. Sadly, Moir was unable to find a suitable liver donor. He died at age 61 on Dec. 23.

16. Rachel Lavine’s first-person piece, “Rachel Lavine running for reelection to Democratic State Committee,” was a rebuttal to Mintz’s column and a top story of the year.

17. “Goat squad to gobble weeds at Stuy Cove Park” was another story you read first in The Village Sun. It detailed how a platoon of Upstate goats were employed to devour pesky bindweed — known as “goatscaping” — at the park on the East River just east of Peter Cooper Village.

18. Climbing fast into the top 20 was “Cops shut down Tompkins Square New Year’s Eve party.” An event to usher in the new year and also remember the eviction of the park’s homeless Tent City in 1991, the gathering was quickly quashed by cops after the park’s midnight curfew. Other East Village blogs notably refused to touch this event, which was remotely organized by John Penley from Las Vegas.

20. “Exclusive: Eyewitness recounts woman’s 60-foot fall from East Village rooftop”: In a follow-up report on the woman’s fall at 60 E. Third St., a neighbor detailed what he saw the night of the horrifying accident, including how firefighters removed the victim, unconscious though still alive, from a tight alleyway.

Again, many of the stories above were exclusives that you did not read anywhere else, while other of these stories you read first in The Village Sun before other media may have caught up with them. To help us continue our mission of providing this kind of unique and essential community coverage for Downtown Manhattan and beyond in 2021, please consider making a contribution. Just click on the black “Donate to The Village Sun” button at the bottom of the page. Your contributions really matter and are greatly appreciated. Thank you!