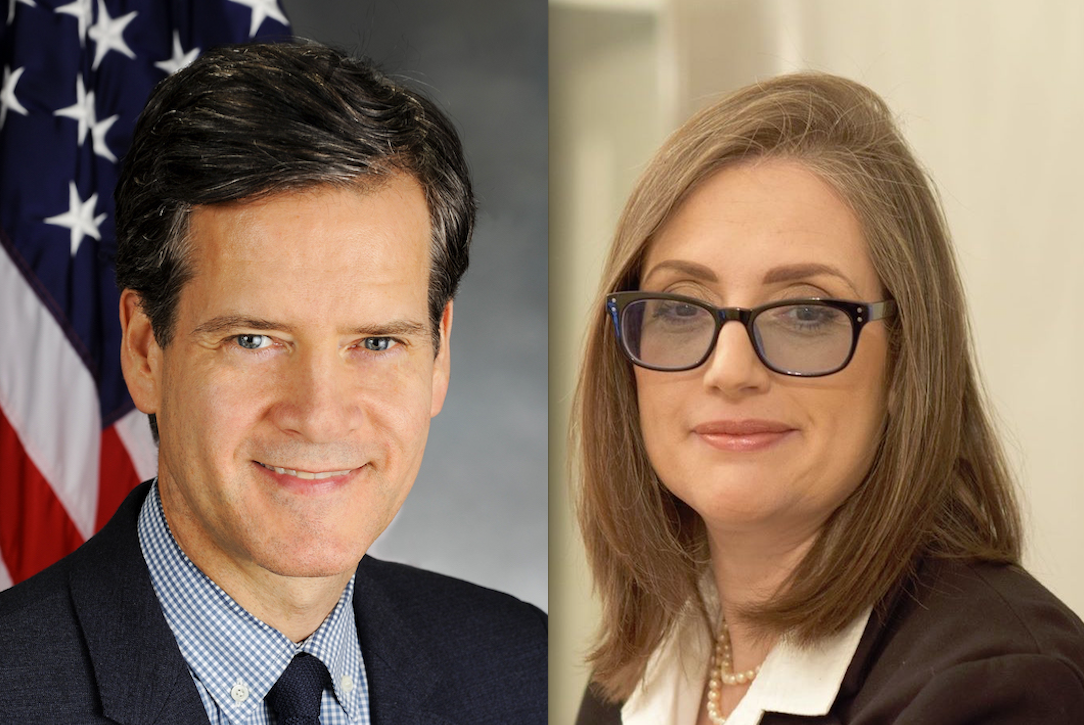 Incumbent Brad Hoylman is being opposed by Liz Glass in the June 23 Democratic primary election for state Senate.

BY THE VILLAGE SUN | Updated Tues., May 26, 2:30 p.m.: The primary election for state Senate District 27 is literally going viral — that is, a major issue in the campaign is where the two candidates stand on vaccinations.

Brad Hoylman, who is running for re-election, has held the seat since 2013.

His challenger, Elizabeth Glass, is a vaccination opponent from the East Village.

Hoylman, on the other hand, who lives in Greenwich Village, is a prominent advocate for vaccinations. He sponsored the bill that last year overturned the state’s religious exemption for student vaccinations.

And that’s exactly why Glass is running and why there will be a primary on June 23.

Glass’s Twitter page describes her as a mom, teacher and eduction advocate.

Although it’s not clear to what extent she is getting her message out to the wider public, she definitely has the support of vaccination foes.

“This is ginormous news!” enthused Fed Up Democrat, an anti-vaxxer blogger dad, in a post raving about Glass’s entering the race.

In an endorsement of Glass’s candidacy on his blog, Fed Up Democrat said, “If [Hoylman] loses his seat it will send an amazingly clear message that New York is DONE with having our children used as lab rats for Big Pharma profits.”

Around Easter, Glass announced on Facebook Live that she had succeeded in getting on the ballot for the primary.

In addition to vaccines, Glass is also concerned about the handling of the current coronavirus pandemic — which could, at some later point, also involve vaccinations.

In a follow-up Facebook video on May 11, she condemned Governor Cuomo’s plan for COVID-19 contact tracing, claiming that it could lead to children being taken away from their parents.

“As a politician and a parent, I’m fiercely opposed to this,” she said of contact tracing. “I think it’s the worst example of government overreach in our country’s history.

“I think COVID-19’s very serious,” she said, “but…99 percent of people recover fine. And also there’s problems with the tests; there’s a lot of false positives with the tests, so it’s not 100 percent accurate.”

Glass said she is “going to look into having hearings” in New York State about contact tracing.

In another Facebook video, she slams “virtual learning,” which she accuses Cuomo and Bill Gates of pushing amid the pandemic.

“Children need the socialization,” she stressed.

Her sign-off motto, which she ends some of her Facebook videos with, is: “We are all essential.”

Glass’s Twitter feed only reaches back to May 5. In general, it’s full of her tweets against vaccinations, COVID-19 contact tracing and other actions by Cuomo that she feels are overreach.

The New York Times recently reported how anti-vaxxers are finding common cause with reopening advocates — including reactivated Tea Party members and armed militia members — around the issue of personal freedom.

In one tweet, Glass seems to imply that Hillary Clinton, had she won the election, would be pushing coronavirus vaccinations.

President Trump has never spoken of a federal mandate for the coronavirus vaccine.

Governors, however, may require vaccines at the state level.

What would have happened if Hillary won the election in 2016?

Although she does seem to be a “one-issue candidate,” there is at least one other issue she has posted on: She opposes bail reform, fearing it will cause an increase in crime.

Her Twitter feed also features a potpourri of posts by others bashing governmental coronavirus health edicts — including a Sacramento sheriff saying he won’t arrest scofflaws of California’s stay-at-home order — a conspiracy video about Bill Gates’s plan for population control through global vaccinations, and a post touting the curative powers of Trump’s favorite, hydroxychloroquine.

The Village Sun tried to contact Glass but she did not respond.

The passing of the state senator’s bill to lift the vaccination religious exemption — which Cuomo signed into law amid last June’s measles outbreak — enraged the anti-vaxxers. Children are barred from attending school if they don’t get the shots.

At first, the anti-vaxxers responded by storming and angrily disrupting community meetings at which Hoylman and other lawmakers who backed the bill appeared. Understandably, that was unnerving for the politicians.

From there, the anti-vaxxers have now moved on to running for office. Fed Up Democrat lists Glass first on what he calls his Vaccine Choice Voting Bloc of candidates.

Asked for comment on Glass’s challenge and his own candidacy, Hoylman sent The Village Sun a lengthy statement. He said he was proud to pass the law ending religious exemptions, and would work to increase access to a COVID vaccine if one becomes available.

“I’m running on my eight-year record in the state Senate, passing over 60 bills and fighting for tenants, women’s reproductive rights, the L.G.B.T. community, the environment, seniors, public schools, government reform, mass transit and the survivors of sexual abuse,” Hoylman said.

“But the agenda has dramatically shifted this year as our city and state have been devastated by the coronavirus pandemic,” he said. “COVID-19 is a threat that magnifies the enormous inequality we’ve witnessed in our healthcare system along race and class lines. That’s why it’s so important we follow evidence-based policy-making in Albany to protect the most vulnerable in our communities.

“In the midst of the measles outbreak last year that sickened over a thousand New Yorkers, as a member of the Senate Health Committee, I’m proud to have led the battle in the Senate to ensure schoolchildren were vaccinated,” he declared.

“It’s a lesson many of us in the L.G.B.T. community first learned from ACT-UP in the 1990s — first, listen to the scientists and second, fight like hell,” Hoylman continued. “I’ll continue to do both to protect our community from the ravages of the coronavirus, H.I.V./AIDS, measles and other diseases and healthcare disparities that threaten the future our great city and state.

“I’m headed back to Albany this week to do just that and pass a package of bills in response to the pandemic, including legislation that I sponsor that would crack down on price gouging, protect tenants from eviction, increase access when a COVID-19 vaccine is available, and allow the adult survivors of child sexual abuse more time to file claims since the courts have been closed.”

Like Glass, Hoylman is also a parent. This April, New York approved surrogate birth, passing a bill Hoylman sponsored in the state Senate. His two daughters with his husband, filmmaker David Sigal, were born via surrogate through an out-of-state agreement.