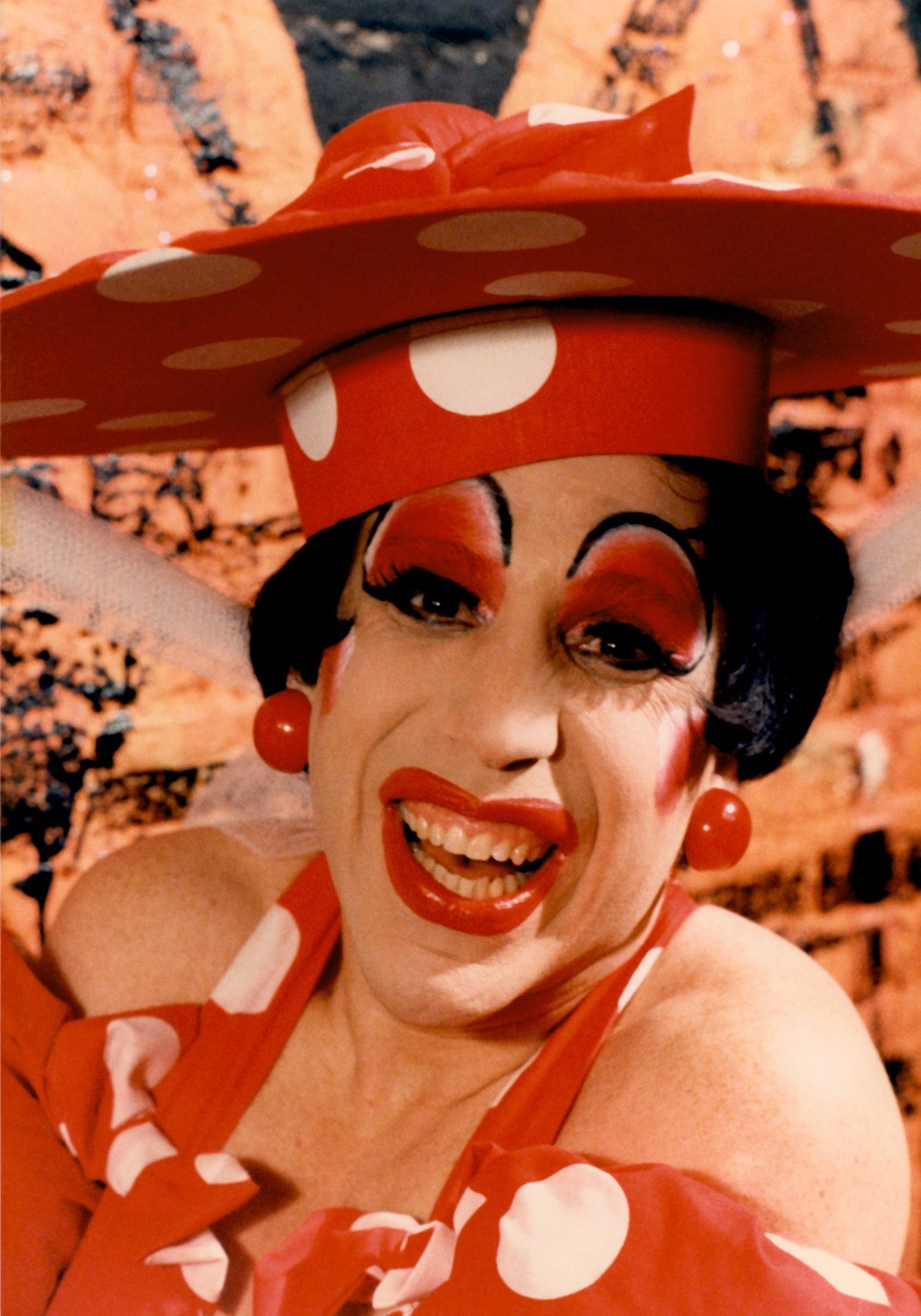 SUNPK was a regular at the Pyramid Club during its drag heyday. (Photo by Clayton Patterson)

‘The last wild and free days’: Remembering when drag was daring at the Pyramid Club

BY BEN TOGUT | Last August, the Pyramid Club reopened after a yearlong shutdown due to COVID-19. An iconic East Village institution, The Pyramid Club has risen from the ashes and now hosts events on Friday and Saturday nights.

At its height, the Pyramid Club was home to the flourishing drag scene of the 1980s and 1990s. Long before drag entered into the mainstream, documentarian Clayton Patterson frequented the club to capture underground queens in their element.

Among Patterson’s many subjects, RuPaul is undoubtedly the most recognizable. Back in the Pyramid days, RuPaul was far more punk rock than she is today. In one of the documentarian’s photos, Ru sports a black mohawk and a patchwork dress fashioned out of unconventional materials. In another, Ru has thinly drawn eyebrows and the word “GOD” written across her forehead, the “O” fashioned into a peace sign.

“RuPaul was, you could say, the star of the show,” Patterson told The Village Sun. “RuPaul made it in New York through their connection to Nelson Sullivan. Nelson Sullivan was a video person who had access to all the clubs. People came up to New York and they stayed with Nelson, and by staying with Nelson they met everyone.”

Despite RuPaul’s fame and influence in bringing drag to the fore, Patterson was more enamored with the lesser-known, more avant-garde drag artists at the Pyramid Club.

“The real genius at the Pyramid Club was all those other people,” Patterson maintained. “And those geniuses haven’t really been brought out to the public yet in the way they really deserve, like Hapi Phace, Tabboo!, Dean Johnson, Kathleen. Those were geniuses.”

Patterson noticed a divide between RuPaul and other drag artists of the time. Seeking fame, RuPaul created a brand for herself that Hollywood soon managed and sold. Unlike Ru, many queens at the Pyramid Club saw drag not as a vehicle for fame but instead a means for radical self-expression.

“RuPaul was being branded. The other ones were just being creative,” Patterson observed.

Many of the performers Patterson photographed would change their persona on a regular basis. Unlike RuPaul, who maintained a set persona as a part of her brand, queens at the Pyramid Club sometimes changed their characters every week. Although this process of transformation allowed drag artists to exhibit their creativity, doing so made it more difficult for the public to identify with them. By constantly redefining themselves, the queens at the Pyramid Club resisted forming a consistent image that audiences could connect with. Sacrificing notoriety for artistic expression, artists at the Pyramid Club presented drag that was innovative and eye-catching.

One drag performer who embodied the dynamism and creativity of the Pyramid Club was Peter Kwaloff a.k.a SUNPK. According to Patterson, SUNPK lived above a fabric shop and would often develop an entire outfit inspired by a yard of fabric.

“He would get a roll with Pepsi marching on it,” he said. “The whole outfit would be made of Pepsi. He made earrings out of Pepsi caps. On the shoes, where the ribbon is, a little Pepsi cap. A little bow in the hair made of Pepsi fabric. And a dress made of Pepsi fabric. Everything was made from that cloth. And that was just one week — the next week could be something else entirely.”

Making art from scratch, SUNPK and other performers participated in a movement originated by Kembra Pfhaler known as Availabilism. While this type of performance art was abundant during the height of the Pyramid Club, it’s harder to come by in the days since drag entered the popular culture.

“The Pyramid Club and all that drag, it was possible because it was made from what was available,” Patterson emphasized. “Now you have got to have $200 shoes and a $500 dress. It wasn’t like that then.”

While the Pyramid Club of today is far different than it was in the ’80s and ’90s, Clayton Patterson’s work acts as a time capsule, preserving the memory of that exciting time. Explore Patterson’s dynamic vintage photographs of the Pyramid Club to experience what he calls “the last of the wild and free days.”