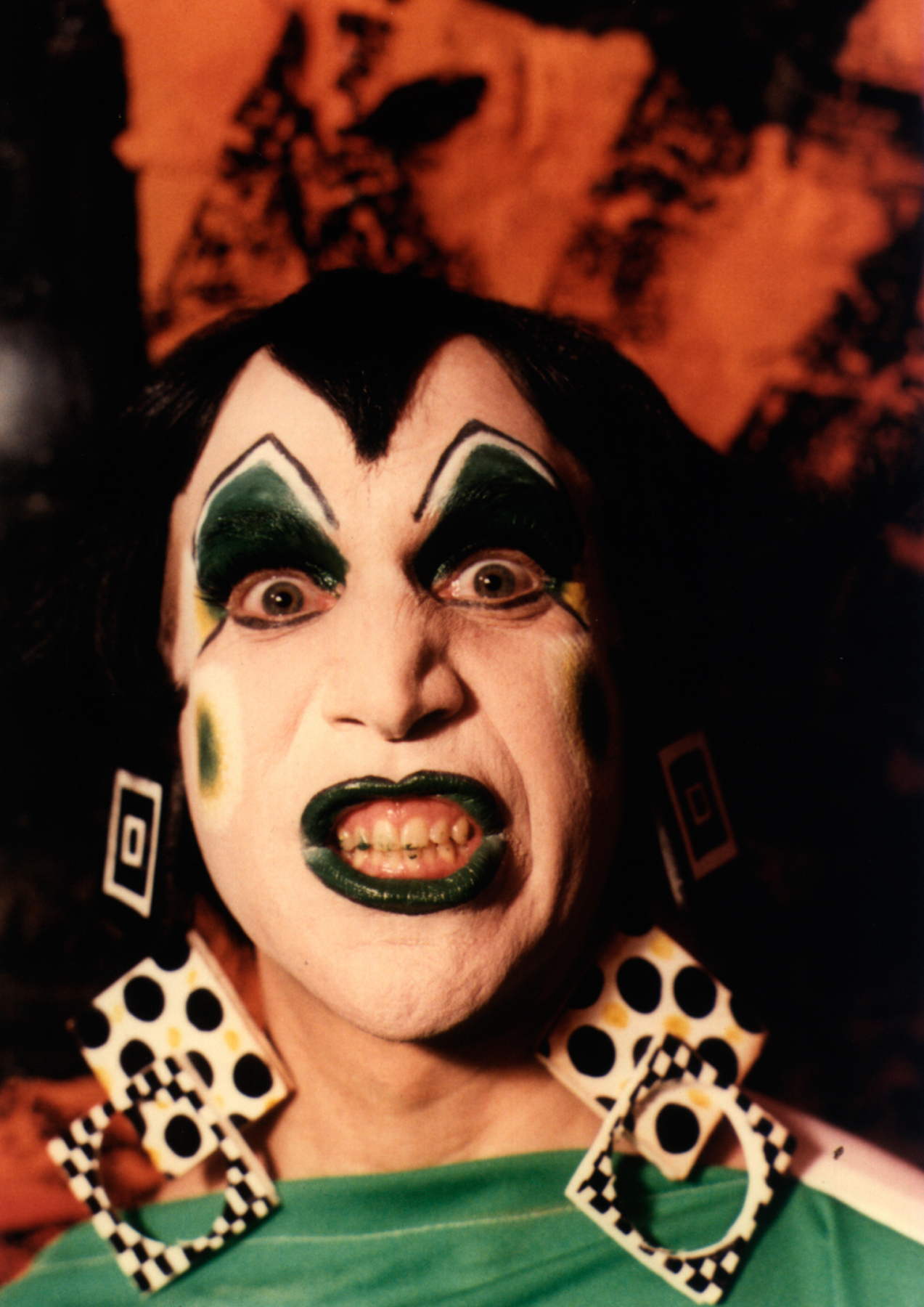 Peter at the Pyramid Club in the 1980s during a drag night. (Photo by Clayton Patterson)

Queens to punks to tattoos: Pyramid Club was a cauldron of Lower East Side culture

BY CLAYTON PATTERSON | Gone, finished, closed, shut forever. Not surprised. What did surprise me is that of all the clubs that have disappeared, the ones we all heard so much hurt and pain and crying over the loss of, like CBGB’s, Webster Hall, The Palladium, the Continental and on and on, I heard few mention the Pyramid Club. The last few years, the Pyramid heroically struggled to stay alive. Then came the death grip in the form of COVID-19.

It has almost always been overlooked, yet it gave birth to so much. The Pyramid opened the door to so many careers and creative opportunities. Certainly for me. For sure. Loved that place.

A little architectural history, from the East Village / Lower East Side Historic District designation report in October 2012: “Peter Doegler briefly operated a brewery at 101 Avenue A from 1859 to 1863 before moving his operations uptown to 55th Street. In 1879-80 he replaced that building with a newer structured designed by another tenement architect, William Jose. For many years the ground floor housed a German bar and meeting hall catering to local residents, and was the site of important meetings of labor groups and a central space for community events. … Especially ornate examples of the neo-Grec style can be found at 101 Avenue A.”

By the late 1970s, 101 Avenue A was a run-down Polish bar where the local Polish alcoholics came by for their 9 a.m. 50-cent pick-me-up, the brief location of the Nuyorican Poets Cafe, then a lesbian hangout, with a jukebox, no sound system, under the ownership of Richie Hajguchik. Richie was a mail carrier.

In 1981, Richie was approached by Bobby Bradley, Alan Mace, Victor Sapienza and John Tucker. They had the brilliant idea of throwing a party in the unused backroom, which turned out to be a smashing success. From that point, the party had started. Brian Butterick, came on as the Pyramid’s manager.

One art form became a symbol of the club — the Pyramid drag queens. Normal drag performers dress up to look like famous movie stars. These performers invented characters, often making use of an art form Kembra Pfahler, of The Voluptuous Horror of Karen Black, called “Availablism.” Availablism is making use of anything you have available to make whatever it is you need. The drag queens made bar-top dancing famous. This form of drag was my entrance to the club.

In 1985 taking photos in front of my front door, I captured Peter Kwloff, later known as SUNPK. He asked if I would be interested in documenting him getting into character in the Pyramid’s dressing room on a Sunday night, preparing for the show “Whispers.” Seeing this as a photography adventure, I immediately said yes.

The drag nights photos became one of the staples of my photo collection. It was during one of these dressing photo sessions that I was introduced to Nelson Sullivan. It was a brief introduction that changed my life. Nelson introduced me to the handheld commercially available video camera. In less than a minute, I understood this tool. A minute, a tool, an idea, a meeting. I got it. Bang. I would go on to use the video camera to document the police riot in Tompkins Square Park in 1988.

I met Ray Beez, the head of security at the Pyramid. Ray Beez was a communicator, a facilitator, a positive voice for the New York hardcore music scene. Ray was the leader, the creator of the band War Zone. Combining what I learned from Nelson, with the introductions Ray made, I went on to document many of the period’s hardcore bands: Side By Side, Sick of It All, Token Entry, Bad Brains, War Zone, Murphy’s Law, Krack Down, Absolution, Sheer Terror and more.

I had been curating and doing shows at the Chameleon Club. The Chameleon Club was the first club to have a large-screen video projection setup. I put together numerous memorial shows: Steve Bonge and his hot rod, motorcycles, wild lifestyle videos, Charles Gatewood extreme body modification videos; I met fascinating bartenders like Edwig.

Ari Roussimoff and I by this time had created the Tattoo Society of New York. We moved the meetings from Uri Kapralov’s 6th Sense Gallery to the Chameleon Club, and then, later, after a conversation with Brian Butterick, we needed more space, we moved the monthly meetings to the Pyramid Club.

I had produced a number of shows at the Pyramid. One memorable one that stands out was the “Art Talk On Art” benefit I did with Bob Wiegand. We did a large cross section. Lots of LES talent, like Rolando Vega playing Arleen Schloss, Robert Delford Brown, Taylor Mead, Pamela Stockwell, La Toilette Jackson and Mr. Fashion, Mathew Courtney, Lenny Horowitz, Carolee Schneemann and others. We held numerous Tattoo Society Of New York meetings there. Another fantastic memory was documenting Wigstock, which grew out of the bowels of the Pyramid.

Later, in 2016, I was blessed to come under the spell of an incredibly gifted musical talent in the band DAMEHT, “The Mad” backwards. Rivington Starchild, the band’s leader, first came to me to see if I had any photos of his father, a murdered Dominican drug dealer who ran a spot on Rivington St. Then a number of circumstances brought us back together.

This period with DAMEHT turned out to be a major blessing. In terms of bringing greater attention to my and Elsa’s art pieces, Rivington was one of the smartest people I dealt with. We made a lot happen. It was working with this band. I was able to hook them up to play at the Pyramid Club. They put on a number of summer shows. These shows brought back all the thrills and excitement of the old Pyramid Club. I am so blessed to have been able to kick up some noise in this old club. It was still the dump it always was, but boy, there was pure magic in those walls. I was once again under the spell of this old LES magical cauldron.

Besides all the joy, learning experiences and friends I made there, I want to spend a minute to remember all those who passed on to another world. Gentrification has ground off one more LES landmark. But the memories are lasting.

In June, Ron Magliozzi, the film curator for the Museum of Modern Art, will be programming three of my 1980s videos for the MoMA Virtual Cinema: a Jack Smith location shoot from 1989, an ACT UP protest from 1988 and a Pyramid piece from 1987 (previously screened in 2017 in the Club 57 gallery show), June being Pride Month of course.