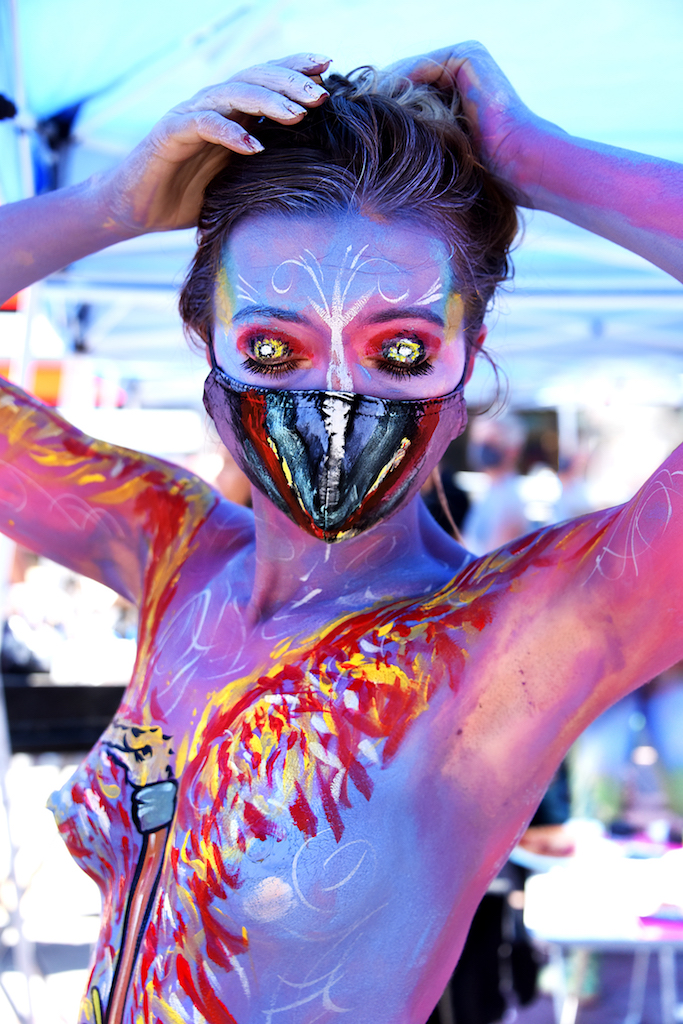 Having Andy Golub and his crew from Human Connection Arts out in the street painting on naked, living canvases turned that paradigm inside out. Saturday’s Body Painting Day was celebrated by a smaller crew (due to COVID concerns) and seen by far less people (due to the lack of tourists) but was no less uplifting.

This year’s theme was “Freedom” and the huge American flag billboard at 43rd St. and Broadway was the perfect backdrop for such a celebration.

First-time models shed their nerves almost immediately after shedding their clothes. Model Gabbie Breton was one of those.

“I was super-nervous at first,” Breton said. “But it was a bucket-list thing. Now I feel really good about being part of an art installation in the middle of Times Square.”

After four hours of painting, artists, models, crew and a lot of photographers walked across 42nd St. and down Fifth Ave., stopping at the New York Public Library Main Branch and the Empire State Building for photo ops.

As a tune-up to the Times Square event, Golub recently also did some body painting on a smaller scale at Astor Place and Fourth Ave.