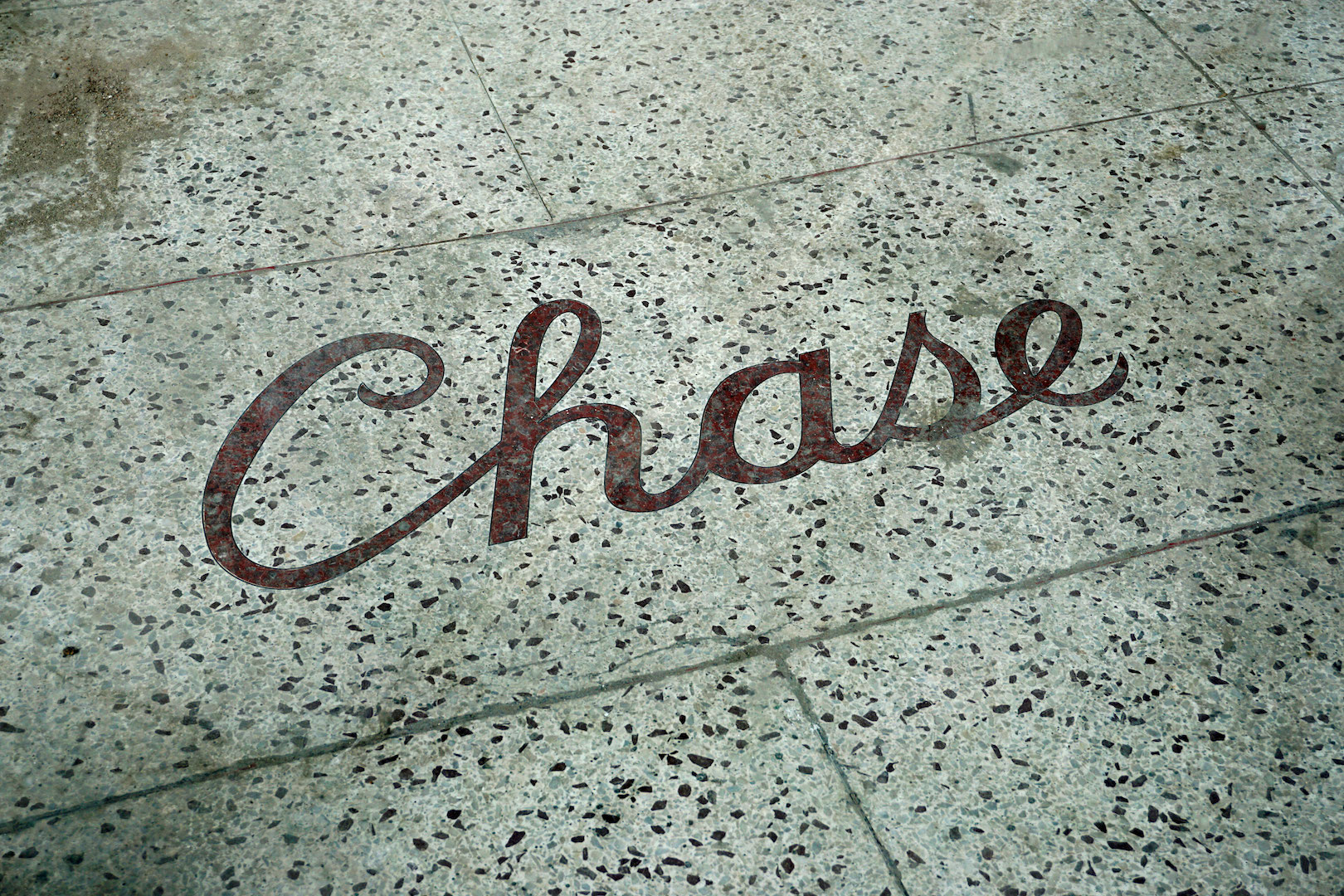 BY THE VILLAGE SUN | Ironically, a mid-20th century coffee shop that was at the current location of a new Chase bank branch at 16th St. and Union Square West — which replaced the trendy Brazilian restaurant called…Coffee Shop — was also named Chase.

As if that wasn’t confusing enough, whether it was named Chase Coffee Shop or possibly just the Chase wasn’t immediately clear, either.

Frank Mastropolo, Downtown’s top “ghost sign” sleuth, took a photo (above) of an inlay in the floor in the place’s entranceway this past June, when the new Chase bank branch was under construction. That “Chase” on the floor, however, wasn’t installed for the new bank location, but dates from the restaurant of the same name that was there apparently from as early as the 1950s to at least the early ’70s.

In the 1980s, the place became Jason’s restaurant, which, its signage advertised, was also a bar and “steak pub.”

In a further seeming coincidence, Mastropolo tracked down an old Daily News clipping that reported Chase Coffee Shop, in January 1972, was one of 19 eateries nailed for failing to correct “serious Health Code violations.” The citation was by the city’s Department of Health Services administrator, who happened to be named Gordon…yup…Chase.

Any relation? Who knows. … We’ll just take two eggs over easy on rye toast, and “chase” it with an O.J.

Returning to the present, Chase bank is still taking flack for hubristically replacing the classic Coffee Shop sign on the building’s corner with its corporate logo, which garishly blazes in blue and white at night.

For other articles on the history of the address as a coffee shop before it was…Coffee Shop, click here and here.