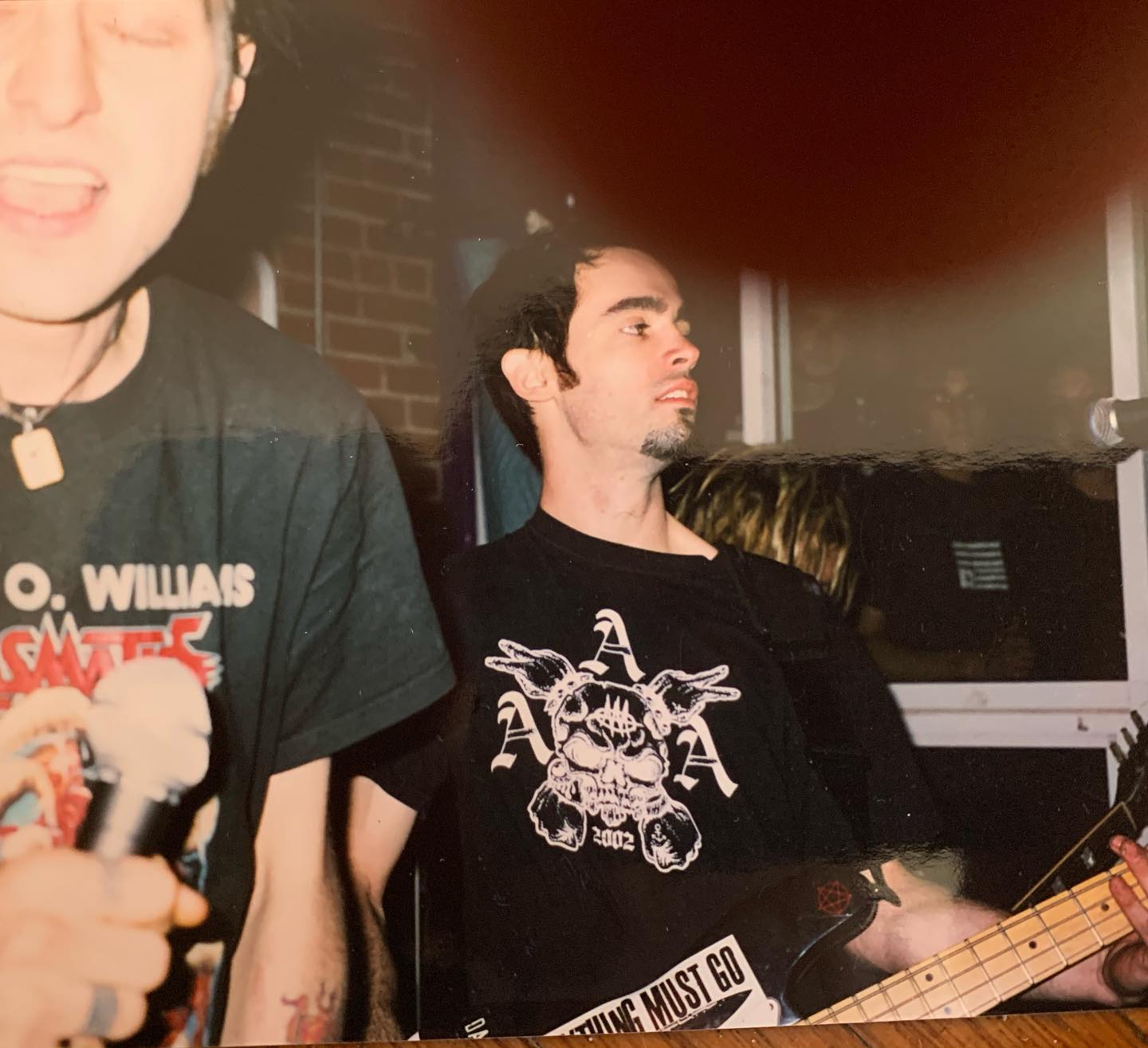 Word of his death spread quickly later that day among the musicians who play in Tompkins Square Park.

Sturgeon reportedly called the police. But he was on the building’s fifth floor and did not respond quickly when officers arrived (the former squat’s exterior buzzers do not work), so they reportedly forced open the door to enter the building.

Word is that Baillie had been on a suicide watch the night before and died of a drug overdose, but that has not been confirmed.

Although Leftöver Crack band members live at C-Squat, Baillie reportedly did not. According to his Facebook page, he had moved back to Greenpoint in July.

Leftöver Crack posted a tribute to Baillie on its Facebook page, also urging people to reach out for help if they are despairing, particularly during this difficult time of the pandemic. The post lists phone numbers for a suicide hotline and the Substance Abuse and Mental Health Services Administration:

It is with a heavy heart we regret to share the passing of our bandmate, bass-player & friend Alec Baillie on Tuesday…

Baillie’s Facebook page is full of photos of him in action playing bass at shows and enjoying good times with his bandmates and friends.

In his final Facebook post, on Oct. 8, he encouraged friends in key swing states to hold their nose and vote for Joe Biden, even though he wasn’t that thrilled by the idea himself:

“Hey Facebook buddies, if you live in North Carolina, Ohio, Georgia, Iowa, or Florida, your vote for POTUS counts like a million times more than anyone else in the US due to the electoral college. PLEASE GO REGISTER AND VOTE FOR BIDEN. I get it, he’s a child sniffing, cop loving, piece of shit, but we cannot accept the alternative. Check your pride and just go do it.”