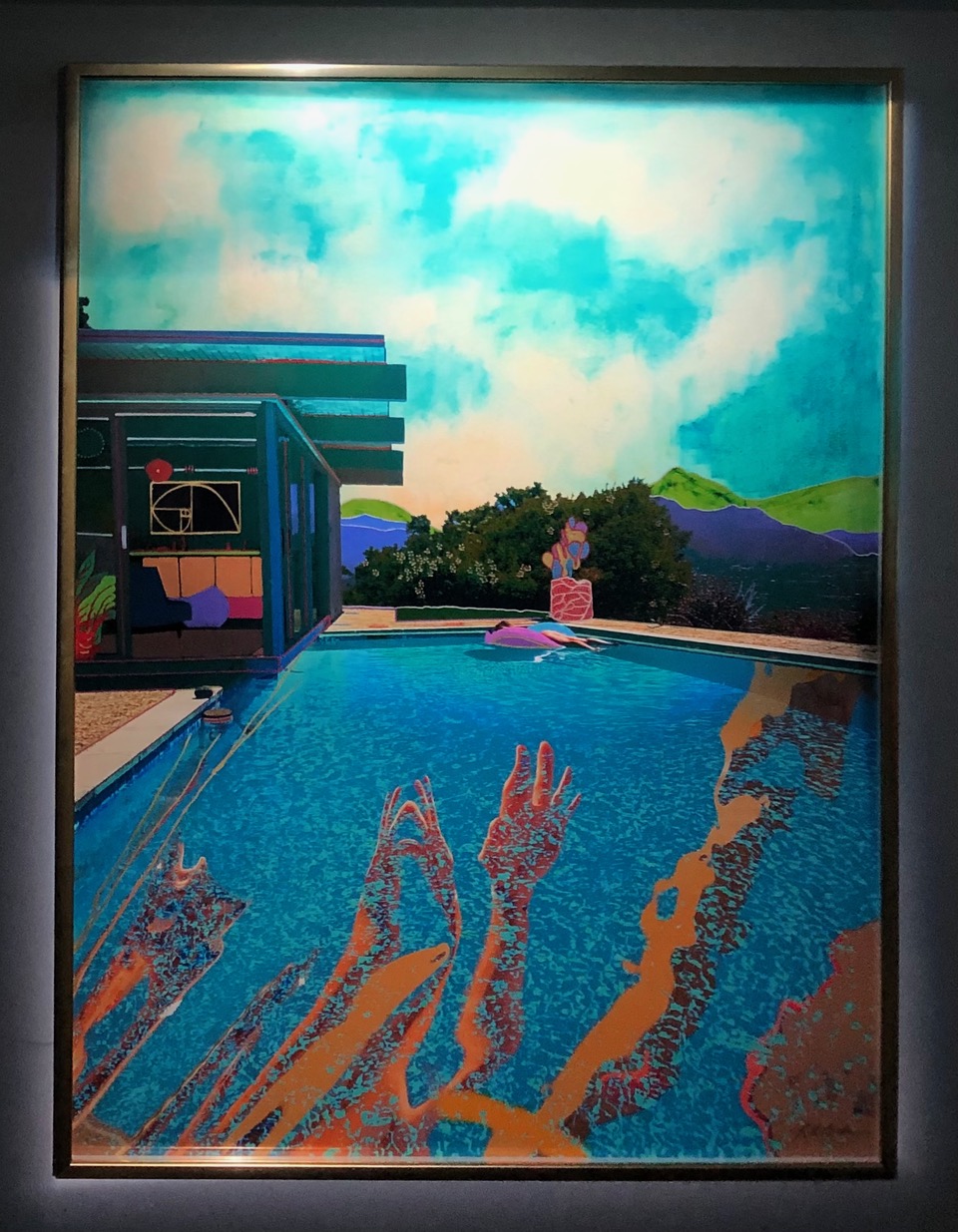 Hunter Biden’s art: Shades of Klimt but sans the soul and depth

BY STEPHEN DiLAURO | Hunter Biden has an art exhibit in Soho right now, at the Georges Berges Gallery, at 462 West Broadway (by appointment only).

Hunter Biden is President Joe Biden’s son. Hunter Biden served on the board of Burisma Holdings — a Ukrainian natural gas company. A lot was made of this by Donald Trump, while he was president, and by Trump’s lawyer Rudy Giuliani.

Hunter Biden trained as a lawyer, and, apparently, he was paid quite a bit for his consulting at Burisma. Now Hunter Biden and his dealer are asking for up to half a million dollars for the paintings on display.

Democrats will point out that various investigations found no wrongdoing on Hunter Biden’s part when he was on Burisma’s board. Republicans will contradict that without any evidence to support their claims. I’m a Green Party member.

It’s not hard to see why Senator Joe Manchin is stiffing President Joe Biden on legislation at every turn: Biden wants to stop Manchin from making money on coal. Joe Biden, meantime, is overseeing a government that gives the oil industry $11 million in subsidies and tax breaks every minute of every day and night, according to a recent report by the Guardian in London.

Joe Biden is calling for increased oil production while calling for reduction in carbon emissions, especially from other countries. Joe Biden’s son Hunter made a heap of money, by my standards anyway, working for a fossil fuel company. So, Manchin appears to be standing pat. Why wouldn’t he?

What do I think about all this? Well, for starters, there’s not much difference between Democrats and Republicans when it comes to the influence of energy companies. That’s as nicely as I can put it. Now on to Hunter Biden’s paintings.

Paintings that look like they would be more at home in a Jazz Age bordello or furniture showroom.

Clearly, Biden has a knack for painting and some good technique. There’s a sense that Biden was influenced somewhat by Gustav Klimt, whose most famous painting is “The Kiss.” There is a certain richness to Biden’s work that Klimt, an Austrian, also employed in his paintings. Unlike Klimt, though, Biden’s paintings are without whatever it is — call it passion, soul, intensity or depth — that separates great paintings from decorative work.

Some of the works in the exhibit are quite pretty. Not surprisingly, I detected some Art Nouveau and Art Deco influences, as well. A pair of paintings of stylized serpents would have been right at home in the sitting room of one of the Jazz Age bordellos of the famed New York City madam Polly Adler. These were painted and inked on a special Japanese paper.

As a friend who attended the exhibition with me said afterward, “There’s nothing offensive but I wouldn’t want to own anything there.”

A lot of work has gone into these pieces, that much is clear; and Biden is very much in command of his materials and his craft. But these paintings look as though they would be more appropriate in a furniture showroom, rather than a high-end gallery. Are they worth up to half a million dollars? Not unless something else is at work, like being the son of the president. Jean-Michel Basquiat was never paid anything even close to that amount while he was alive, and Biden is certainly no Basquiat.

It’s often said that Americans love a redemption and comeback story. Apparently, Hunter Biden’s recently published memoir is an attempt to position him in such a narrative. I haven’t read the book. I certainly do not see redemption in these Sunday paintings by a rich guy.

When art historians of the future look back on the art world now, where greed is all the rage, with its money laundering, non-fungible tokens (NFTs) and other Ponzi-like schemes (own a portion of a Picasso or Dali as an investment?), Hunter Biden and his paintings are sure to be remarked upon, at least as a footnote. Of course, that’s if there is a future after Biden, Manchin and their fossil-fuel cronies burn up the planet.

One last thing, the Joseph Campbell quote that greets visitors to the gallery seems to me totally unwarranted and insensitive. The positioning and inclusion of the quote is as audacious as it gets. No surprise.