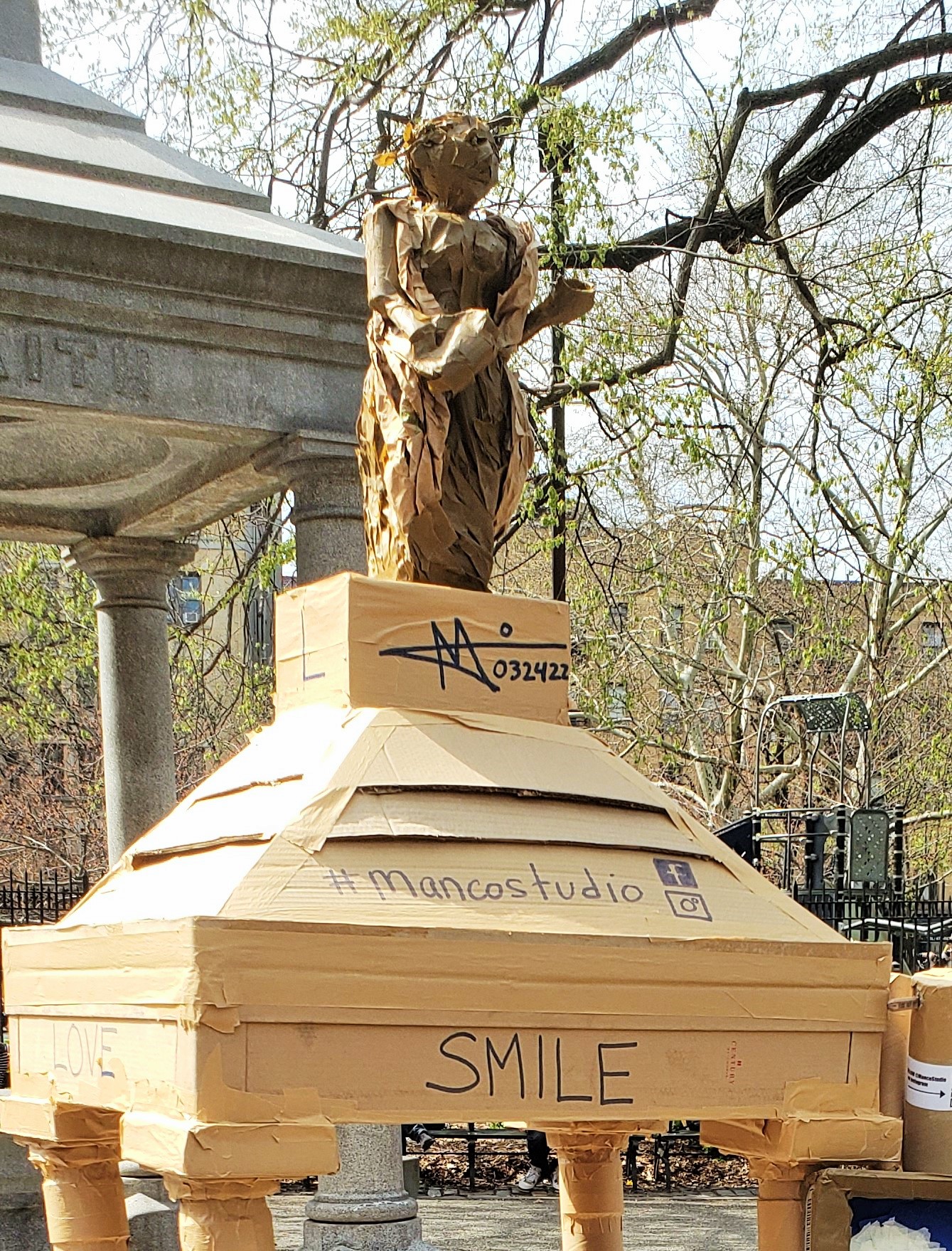 The fountainhead: Tom Manco's final Temperance Fountain sculpture, as promised, is of the fountain itself. (Photo by Everynight Charley Crespo)

BY THE VILLAGE SUN | East Village artist Tom Manco has installed the final part of his more than yearlong cardboard-sculpture series in Tompkins Square Park. The new piece was getting a lot of attention from people Thursday since it was such a beautiful day to be outside.

As usual, the sculpture is located by the park’s Temperance Fountain — and this time, as Manco had previously promised, it actually is of the fountain itself, though at smaller scale. The installation also includes a pitch for a toy-making workshop hosted by the artist.

It all started back nearly a year and a half ago, in December 2020, when Manco installed his “tubular man” on a bench in the park.

That was followed up by installations focused on coronavirus, pandemic-inspired outdoor dining, April Fool’s, Mother’s Day, Father’s Day  and Halloween/”harvest.”

Often the installations have been interactive, with people being encouraged to write, for example, their most “foolish moments” on post-it notes for April Fool’s Day or their favorite songs on “records” (black plastic plates) for Mother’s Day.

Manco has said he planned to do the Tompkins Square outdoor sculpture series for one year and that this current one would be his last.