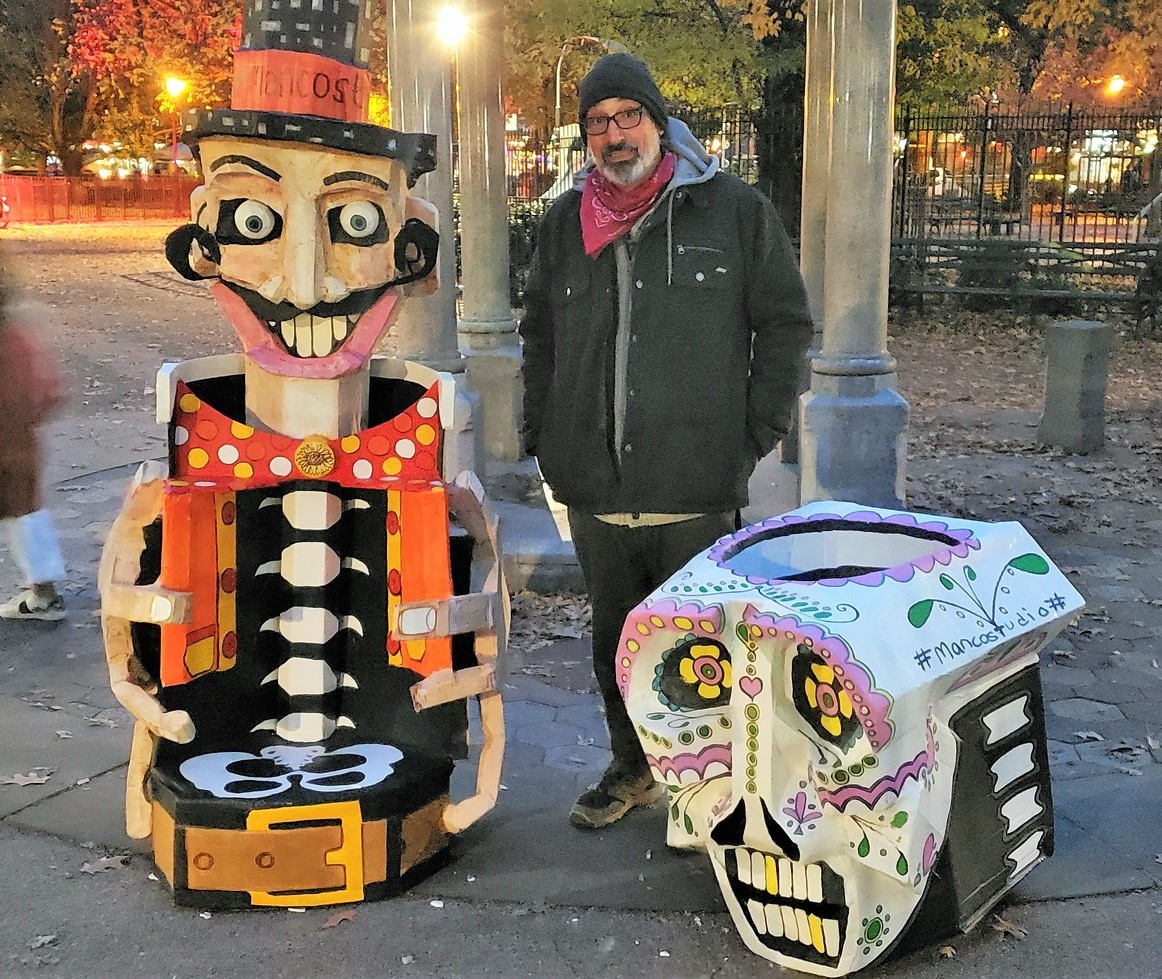 BY EVERYNIGHT CHARLEY CRESPO | Tom Manco and his son were in Tompkins Square Park a few weeks ago as the artist installed his latest project at the Temperance Fountain.

“Harvest” was the exhibit’s theme. Manco made this one for his son’s school’s harvest festival two years ago, after which the school stored it in a closet. The artist pulled it out of the closet for this year’s harvest festival, then took it to the park.

This year the school held its harvest festival in November, but two years ago, the school had it in October, which is why he gave it a Halloween theme. There might also have been some Day of the Dead going on in there, too.

After a good run of a few weeks, the cardboard creations were recently removed, possibly by Parks Department workers.

Manco has two more installments to go before he ends his series. He is now working on a Jack Frost project, also for his son’s school. His last one, which sounds like it should be good, will be a replica of the Temperance Fountain.

Manco said that after his first Tompkins Square piece he decided he would continue doing them for a year and then stop. Enjoy them while they last!