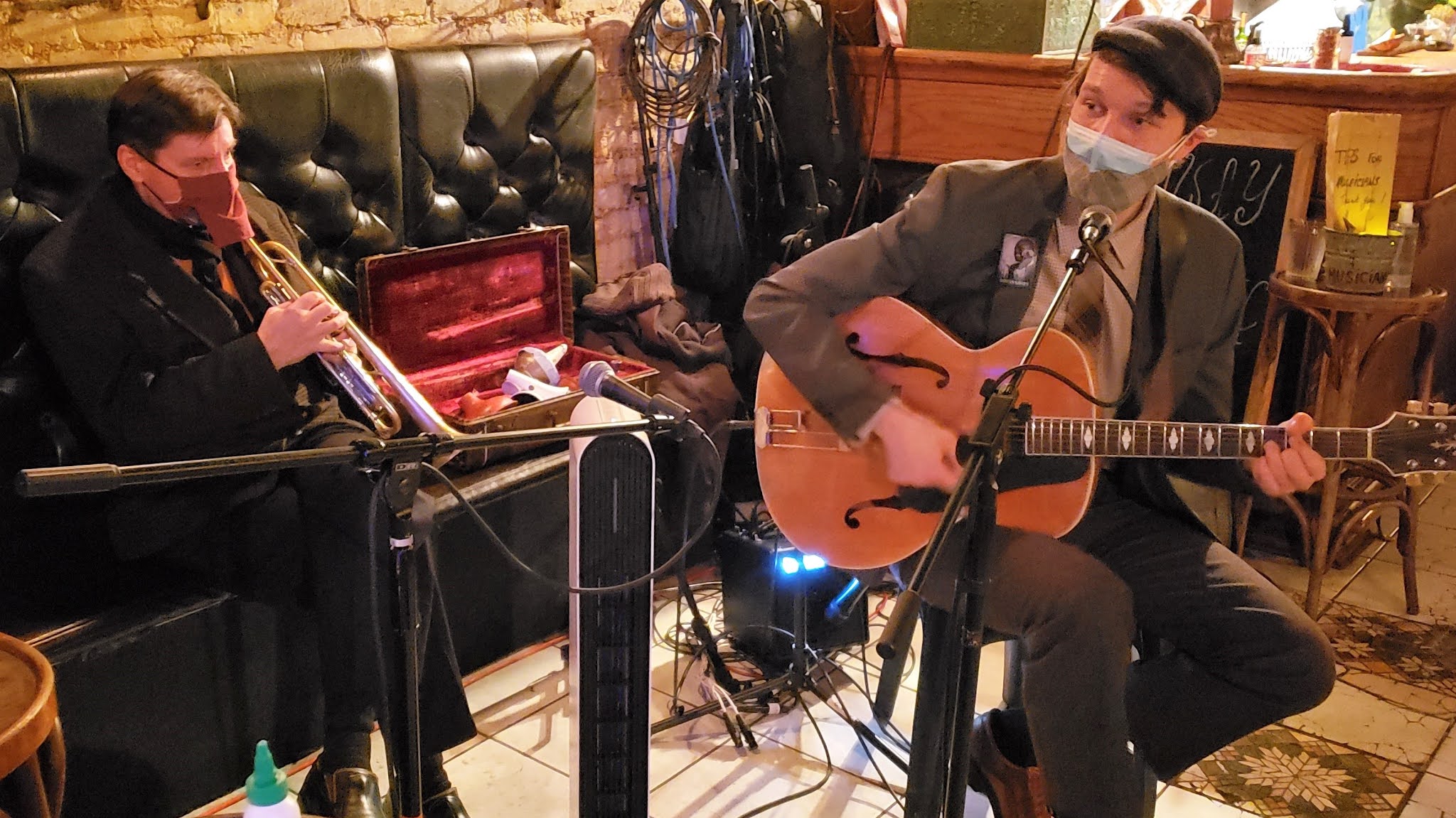 BY EVERYNIGHT CHARLEY CRESPO | The snow is melting, temperatures are slowly rising, COVID infection rates are dropping to safer levels, and governmental restrictions are loosening. Musicians are seizing the moment. Masked and socially distant performances are beginning to multiply. The live entertainment industry is showing new signs of life.

Other signs of a newly blossoming entertainment life include the resumption of television tapings in the city, including “FBI” and “Pose,” in the East Village in the past week. Bars and restaurants that host music acts are catering to indoor diners again and are staying open later, as the hospitality industry continues its lobbying for increased indoor capacity and later curfews. Even now, busking musicians already are gravitating to many parks, including Tompkins Square Park.

The Blue Note, Cafe Wha?, City Winery and Groove are among the venues that may be poised to reopen as soon as the government eases restrictions on indoor capacity.

How far this booming trend can go remains a mystery. Last week, limited numbers of spectators began attending sports events at area arenas and stadiums under strict restrictions, but no concert promoter seems to be willing to stage concerts at 10 or 15 percent capacity.

Broadway and other theater-size venues may begin reopening by the summer, although Dr. Anthony Fauci, the nation’s top infectious-diseases specialist, predicted that the fall is a stronger possibility.

Ticketed concerts are booked for the summer at the Rooftop at Pier 17 (South St. Seaport) and Forest Hills Stadium, although most are concerts that were postponed from last summer and will happen only if governmental restrictions are further loosened.

One upstart promoter has contracted to present concerts at the 3,300-seat United Palace, but no headliners or dates are announced. On a smaller scale, a newly redesigned Theatre 80 St. Marks is nearly ready to introduce a nightly dining and entertainment experience.

Nationwide, mega-concert promoters are surveying the possibilities of staging annual summer festivals that normally draw tens of thousands of people and hundreds of music acts and concessioners. Beginning with SXSW last March, all festivals were cancelled in 2020. So far this year, various promoters are planning on staging Governors Ball, New Orleans Jazzfest, Punk Rock Bowling and Summerfest, although the dates were pushed from late spring and midsummer to autumn. Boston Calling and Hangout are cancelled for 2021. Promoters have not yet revealed intentions for Coachella, Afropunk and other large annual summer festivals.

Internationally, Prime Minister Boris Johnson announced last week that indoor concerts in the United Kingdom might be able to start on May 17, with a possible wider reopening after June 21, according to the music industry’s leading trade publication, Billboard. Promoters there have booked the annual Reading and Leeds music festivals for Aug. 27-29, selling 170,000 tickets in 72 hours, according to Music Business Worldwide.

Where do you hope to find your live music?

For more of Everynight Charley Crespo’s coverage of the city’s live-music scene, check out his blog, The Manhattan Beat.