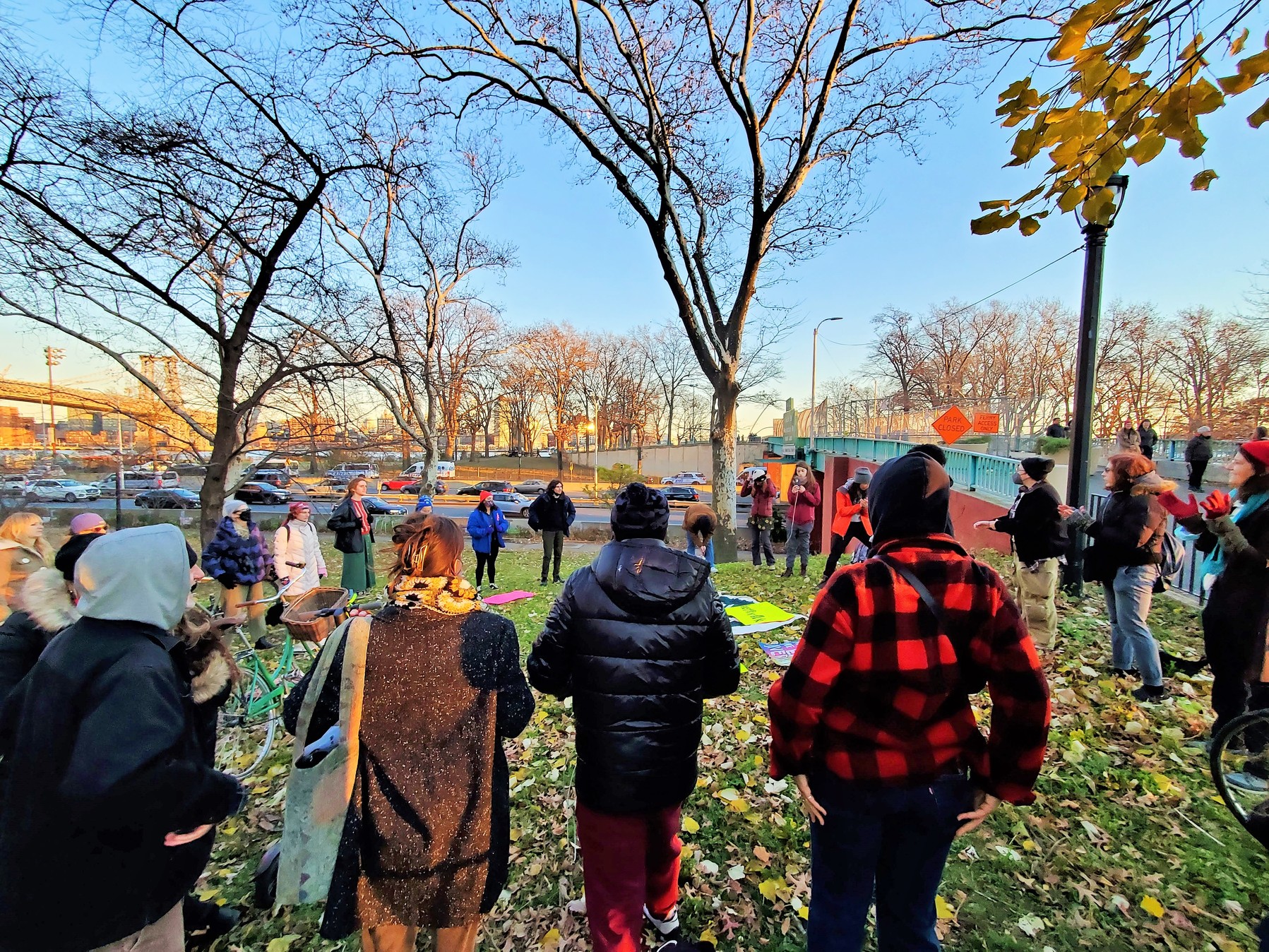 In December, after protesting the destruction of East River Park's amphitheater, park activists gathered nearby on Cherry Hill. They're now gearing up to save the spot's trees from being the next to get chainsawed. (Photo by The Village Sun)

BY THE VILLAGE SUN | East River Park activists are gearing up to make another stand.

So far, workers have cut a swath of destruction in the part of the park south of Stanton Street, felling around 400 trees, as part of the massive East Side Coastal Resiliency project.

More recently, hard hats also cut down around 10 of the beautiful, old, tall London plane trees that bordered the East River Park shared bikeway / walkway to a point several blocks north of Houston Street. These trees were allegedly cut to provide better “truck access” to the southern half the park, where demolition of the park is ongoing.

Direct action by the “park protectors,” however — including climbing into the branches of other threatened trees in that same area and sitting in them — resulted in a handful of trees that were slated for axing being saved. These include London planes and other varieties around the park’s Houston Street entrance. Contractors actually subsequently put up wooden scaffolding to protect these trees.

Under E.S.C.R., 500 more healthy, mature trees will be felled in the rest of the park, including its northern half, during the two-phase project. Of immediate concern to the activists, though, they say that around 50 trees are set to be killed at Corlears Hook starting March 1.

They are holding a community gather every day at 1 p.m. inside the park at the Houston Street entrance. On Sat., Feb. 26, at 2 p.m. they’ll assemble in Corlears Hook Park on Cherry Hill to “listen to the trees.” 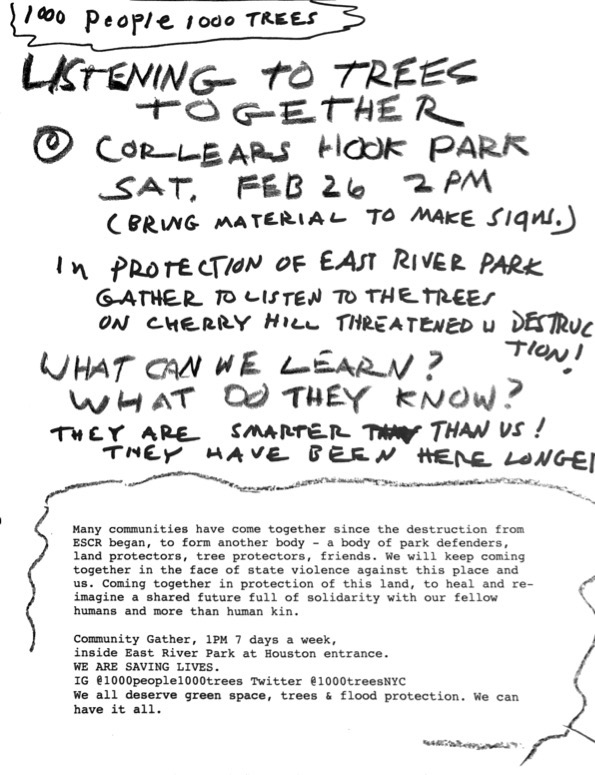 Former Councilmember Kathryn Freed, for one, is very upset at the looming deforestation of this area, particularly the cherry trees.

“Those cherry trees are the most beautiful trees in the park,” she said. “They’re 100 years old.”

Freed, who lives nearby on Grand Street, was one of the lawyers on the recent community lawsuit against the coastal-resiliency project. The suit did not prevail in court.

The park is being clear-cut under E.S.C.R. in order, in turn, to raise it 8 feet to 10 feet, which would put it above the floodplain. The park would, in this way, be transformed into a huge levee to protect the surrounding area from the kind of coastal flooding seen during Hurricane Sandy.

The protesters, for their part, support an earlier plan that would not require the existing park to be destroyed.