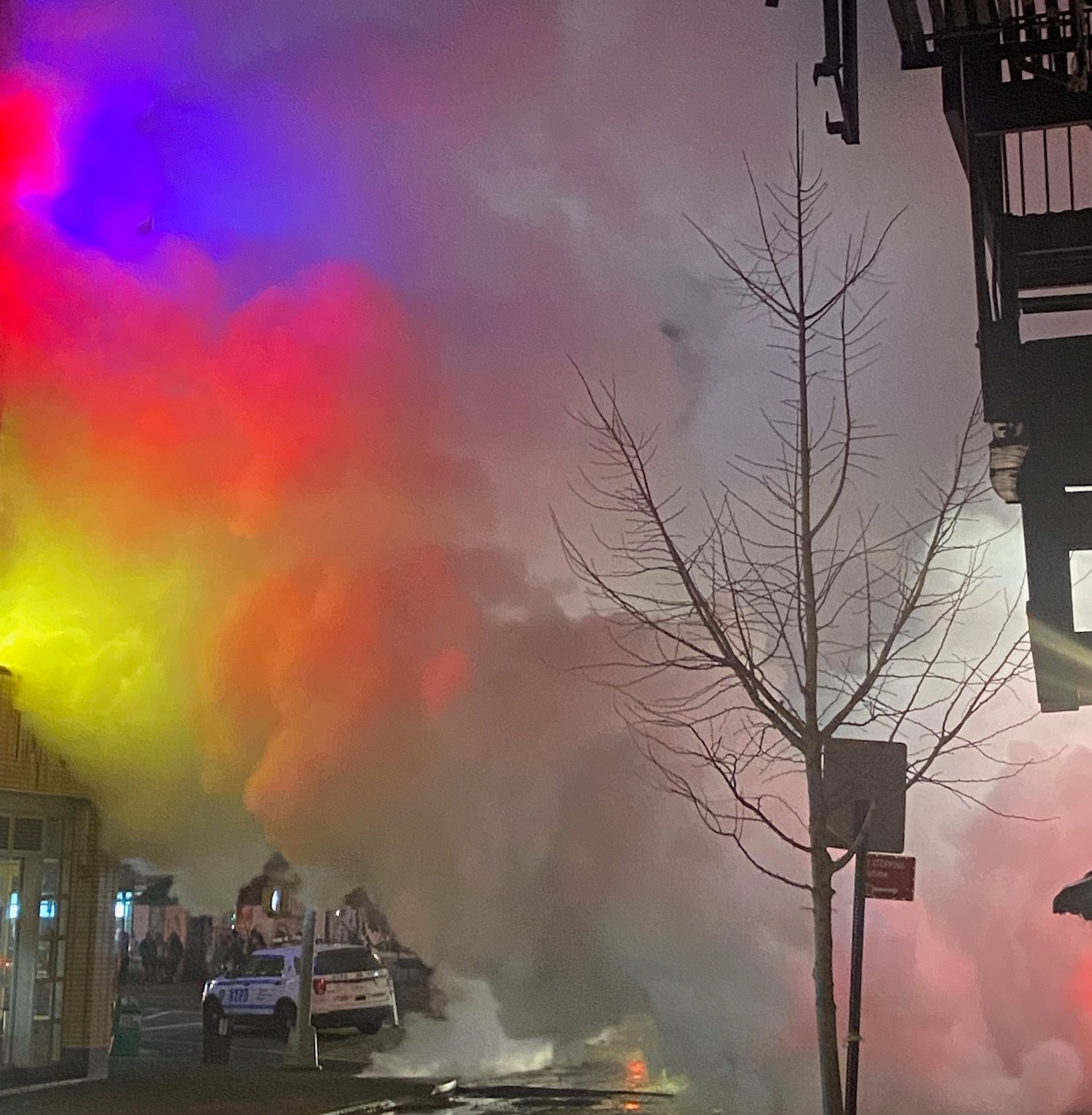 A psychedelic-colored steam explosion has some neighbors worrying that toxins were released. (W. 10th St. Residents)

BY THE VILLAGE SUN | A massive steam leak in Greenwich Village on Saturday night shortly before 10 p.m. sent geysers of hot spray into the air.

However, some residents are concerned about possible asbestos contamination with this latest explosion. Con Edison and Councilmember Erik Bottcher’s office, for their part, are saying all is O.K.

According to one W. 10th Street local, though, some neighbors are “skeptical and a touch paranoid” about whether the carcinogenic substance was released in the tutti frutti spew.