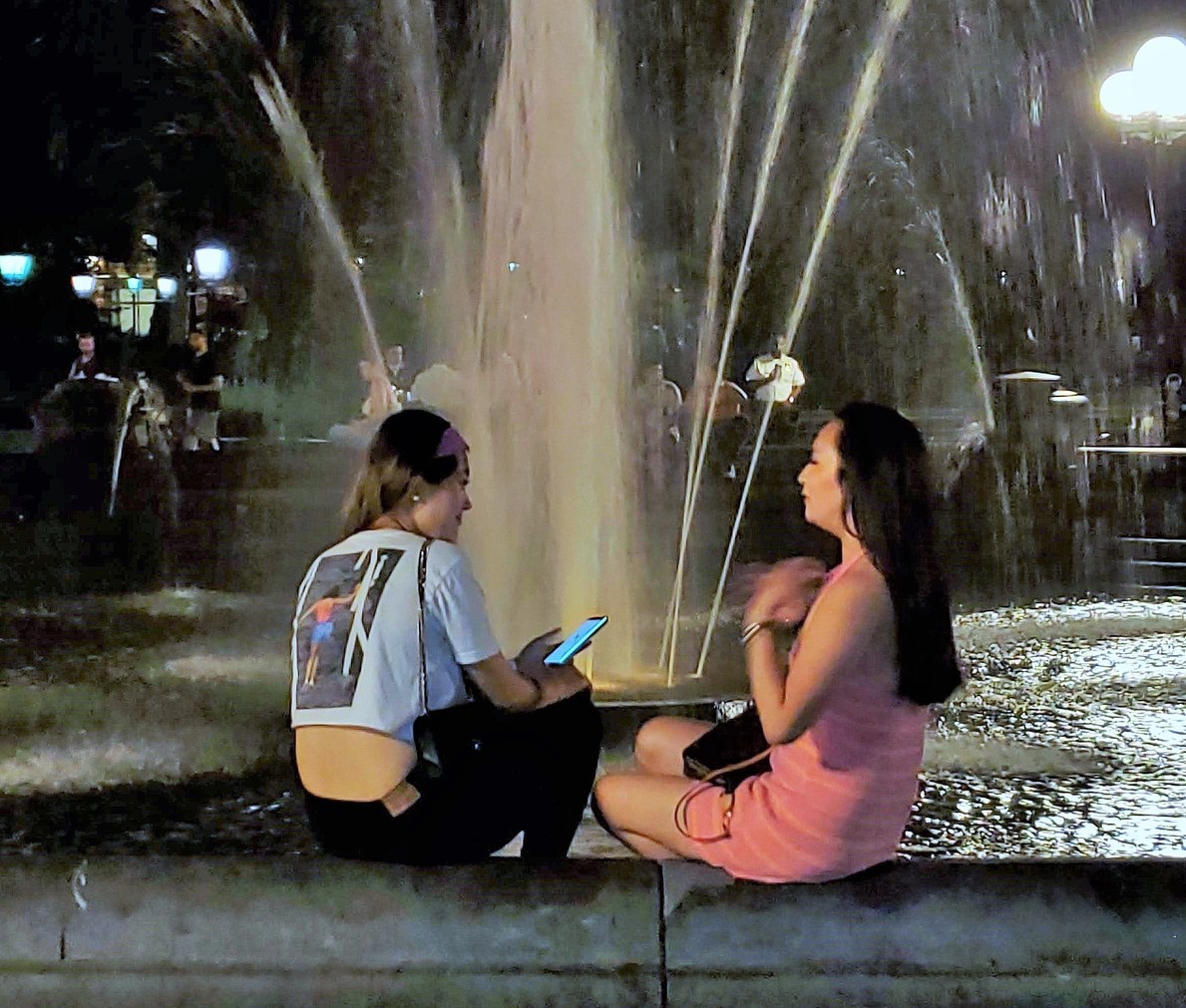 Two women enjoyed hanging out at the Washington Square fountain one night last June. (Photo by The Village Sun)

BY THE VILLAGE SUN | A pot smoker in Washington Square Park Bogarted his stash — and, in response, got gashed.

According to news reports, a 19-year-old from New Rochelle was hanging out early Friday morning by the park’s fountain around 2:30 a.m., after the park’s curfew, toking with two women, when two men came up to him.

One of the young strangers reportedly asked for some of the man’s pot, but he rebuffed them, police said.

Angered, the stranger cut the man on the side of his head.

The suspects, reportedly both in their 20s, fled east on Washington Square North.

The victim, said to be in stable condition, was treated at Bellevue Hospital.

According to police, there have been a couple of gunpoint robberies this year of vendors who sell weed from tables in Washington Square Park. The same team of crooks, who flee the scene in a car, are believed to be behind both park stickups, both of which happened at night.