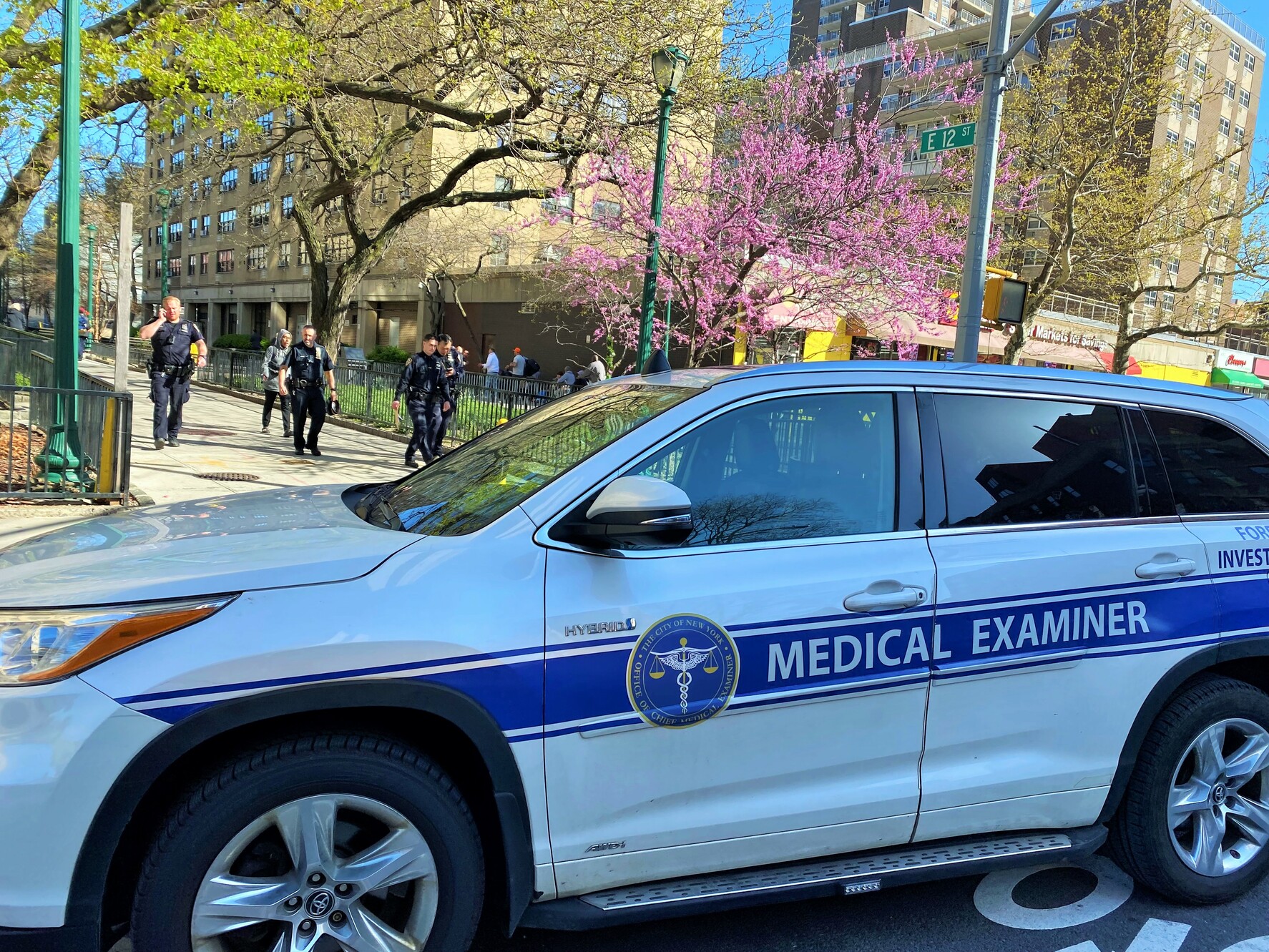 Police and Medical Examiner staff were on the scene at 12th Street and Avenue C on Friday afternoon. (Photo by Chris Ryan)

BY THE VILLAGE SUN | A large number of police officers were seen exiting from the residential area near Haven Plaza at 12th Street and Avenue C on Friday afternoon.

There were also personnel from the Office of Chief Medical Examiner on the scene.

Chris Ryan sent these photos on Friday around 4:30 p.m.

The assumption was someone had died, but it wasn’t clear who it was or what the cause was. A police spokesperson, however, said no foul play was involved.

The spokesperson did not have detailed information but told The Village Sun, “No homicides today there. Probably a question for the Medical Examiner. I don’t have any criminality.”