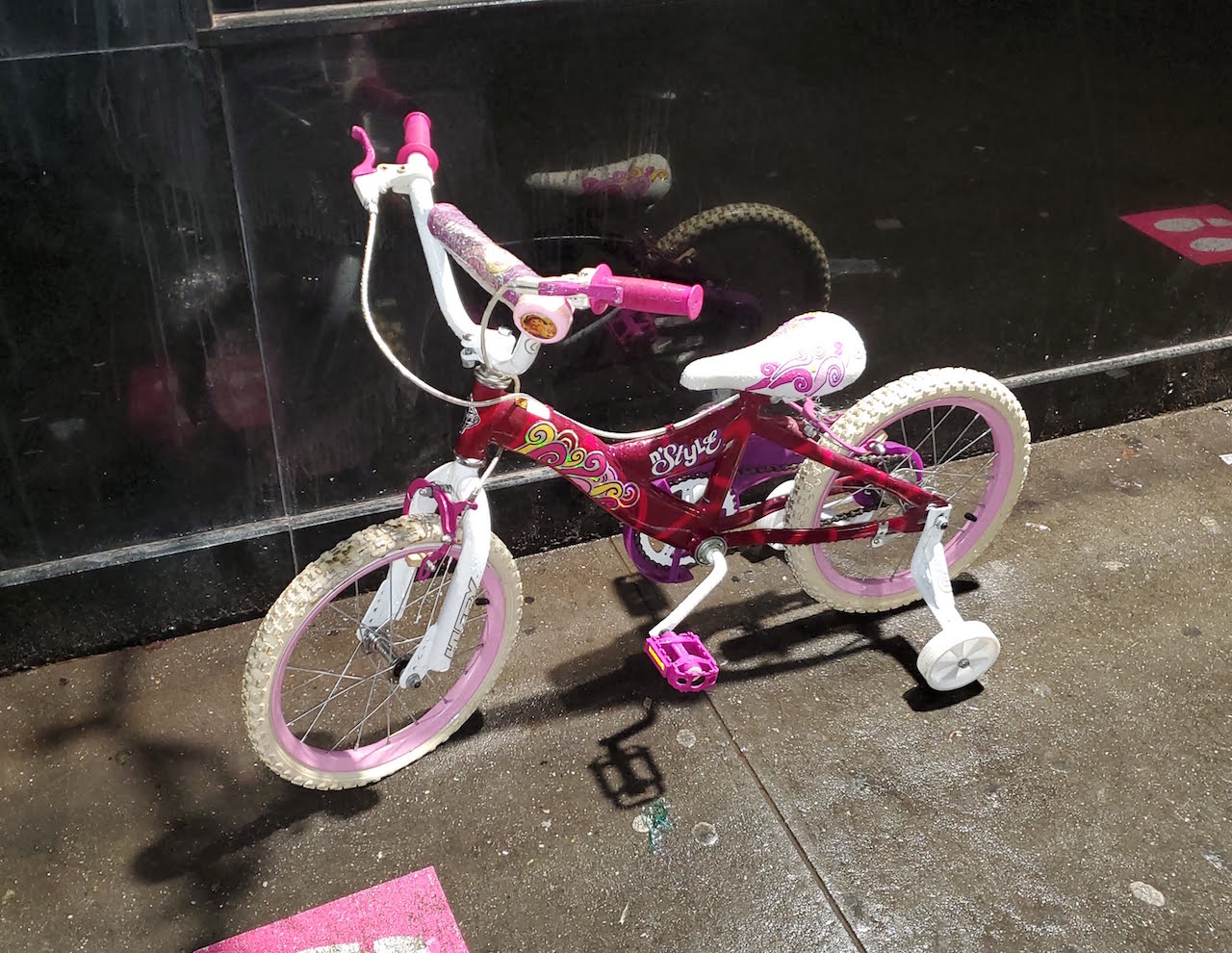 A children's bike last Saturday night left on the sidewalk at First Ave. and E. 14th St., where there is a thieves' market during the day. (Photo by The Village Sun)

Noho man arrested for knocking down kids in park

BY THE VILLAGE SUN | A Noho resident has been arrested for assaulting two tots in Washington Square Park.

Aaron Williams, 40, was busted Mon., March 29. Police gave his address as 654 Broadway, a building with eight residential units, between Bond and Bleecker Sts.

According to police, in the first incident, on Fri., Feb. 26, Williams kicked the bicycle of a 5-year-old boy who was biking in Washington Square Park, knocking him down. He then kicked the bike again as the boy and his mother were leaving the park.

Then, on Wed., March 24, Williams allegedly kneed a 3-year-old girl walking with her nanny in the park, sending her to the ground. He reportedly told the two to get out of the park.

Neither child was injured, cops said.