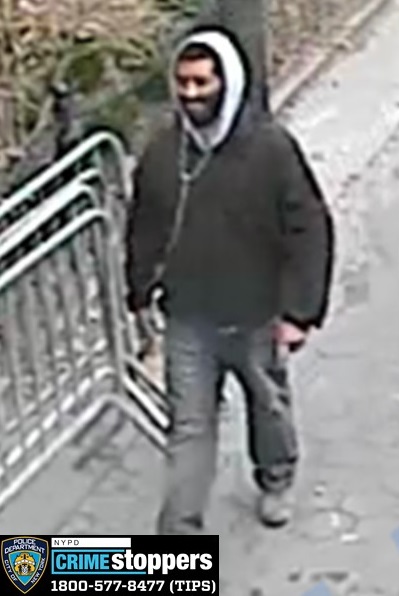 It looks like the Washington Square Park bully is back at it again.

Police said that a 3-year-old girl was walking with her nanny in the park around 11:30 a.m. on Wed., March 24, when a man approached them. Unprovoked, the stranger kicked the little girl with his knee, causing her to fall, while telling the pair to get out of the park.

The suspect was last seen walking eastbound on Washington Square South from Thompson St. The girl was not injured.

Police supplied a surveillance photo of the wanted man.

Earlier this month, a man resembling the suspect — sporting a black beard, similar gait and same general style of dress — and clearly with the same M.O., targeted a 5-year-old boy who was riding his bike in the park, according to cops. He kicked the boy’s bicycle, knocking him off of it. Then, when the boy and his mom were leaving the park, the man came over and kicked the bike again.

The boy was not injured. 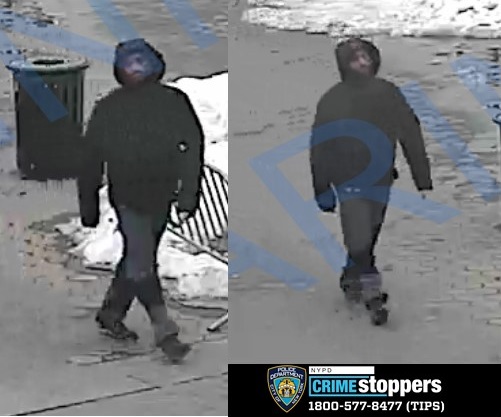