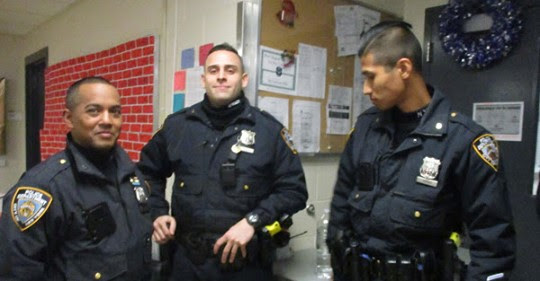 BY MARY REINHOLZ | Crime decreased by 7 percent in the East Village last year, a proud achievement for police working in the rapidly gentrifying Ninth Precinct, one of the city’s major nightlife destinations. The start of 2020, however, seemed reminiscent of the bad old days of the 1970s and ’80s when the famed Downtown community was besieged with drugs and violence.

Police crime stats for the past 28 days in the Ninth rose a whopping 36.1 percent compared to the same time period in 2019 due to a spate of “felony assaults,” said Captain John L. O’Connell, commanding officer of the Ninth, in a Jan. 23 telephone conversation with The Village Sun.

He commented briefly on the lethal predawn gun battle on Jan. 9 outside a hookah lounge on Avenue A near Tompkins Square Park that left the two men dead in the street. One of them was identified as Richard Reid, 41. His accused killer, parolee Earl Facey, 37, was gunned down by police after they witnessed the exchange from their patrol car. Two .22-caliber handguns were recovered at the scene.

Reid reportedly failed to comply with the commands of the two Ninth Precinct officers to lie down on the street.  O’Connell said the incident was under investigation. Police stats describe it as one homicide in the precinct for the first of 2020. There were three homicides over all in 2019, the C.O. said.

Earlier, O’Connell said he was “proud” of the aforementioned officers when he addressed a Jan. 21 community council meeting of about 50 locals who showed up in the precinct’s E. Fifth St. stationhouse on the second floor for the first gathering of the year.

“We had officers responding to shots fired and they went right to it,” he told the attendees. “They actually witnessed a gun battle between two people and they intervened with one of the people. But, unfortunately, they took action to eliminate that threat. I’m so proud of them,” he added.

O’Connell said Ninth Precinct cops also quickly intervened after they heard shots fired in the early morning hours of Jan. 1 at an East Village location he did not identify and came across five men.

“They were shooting up in the air and had bullets in their pockets and were up to no good, looking for a party,” he recounted. “They were from outside the neighborhood.” He said later they were stopped for “reckless endangerment” but provided no other details.

The day after the community council meeting, O’Connell told this reporter that the five men in that incident were “definitely not” the five males allegedly implicated in the armed robbery of a resident of a building on St. Mark’s Place and Second Ave. earlier this month. There have been no arrests yet in that incident.

During the community council meeting, O’Connell described 2019 as a “fantastic year” for the East Village precinct and predicted a similar one for 2020 despite the “tough times.” He cited as another example a Jan. 16 incident involving two men outside the C-Town supermarket on Avenue C near E. 11th St. that led to the arrest of Tyshawn Morris, 21, of Albany, for allegedly shooting a man in the torso with a .22-caliber handgun first erroneously described as a BB gun.

“We had a confrontation on the street [when] a man was shot by another man,” O’Connell said. “The officers did incredible work. They followed that guy down the street and into the apartment. Next morning, after looking at the video, they see him and they grab him. They get a search warrant to get the firearm. It was was fantastic work that was done. In all these incidents, all the people [involved] don’t live in the area. We got them off the street.”

O’Connell also described an increase in the Ninth of “low-level violent crimes,” like purse snatching.

“So be wary when you’re walking down the street,” he advised the audience at his stationhouse. “Secure your phones. Lock your doors. Don’t be victimized.”

Citywide, through Jan. 19, versus the same period last year, overall crime was up 11 percent and shootings were up 21 percent. Robbery, burglary and car theft were also all up significantly citywide, though rape and murder were down.