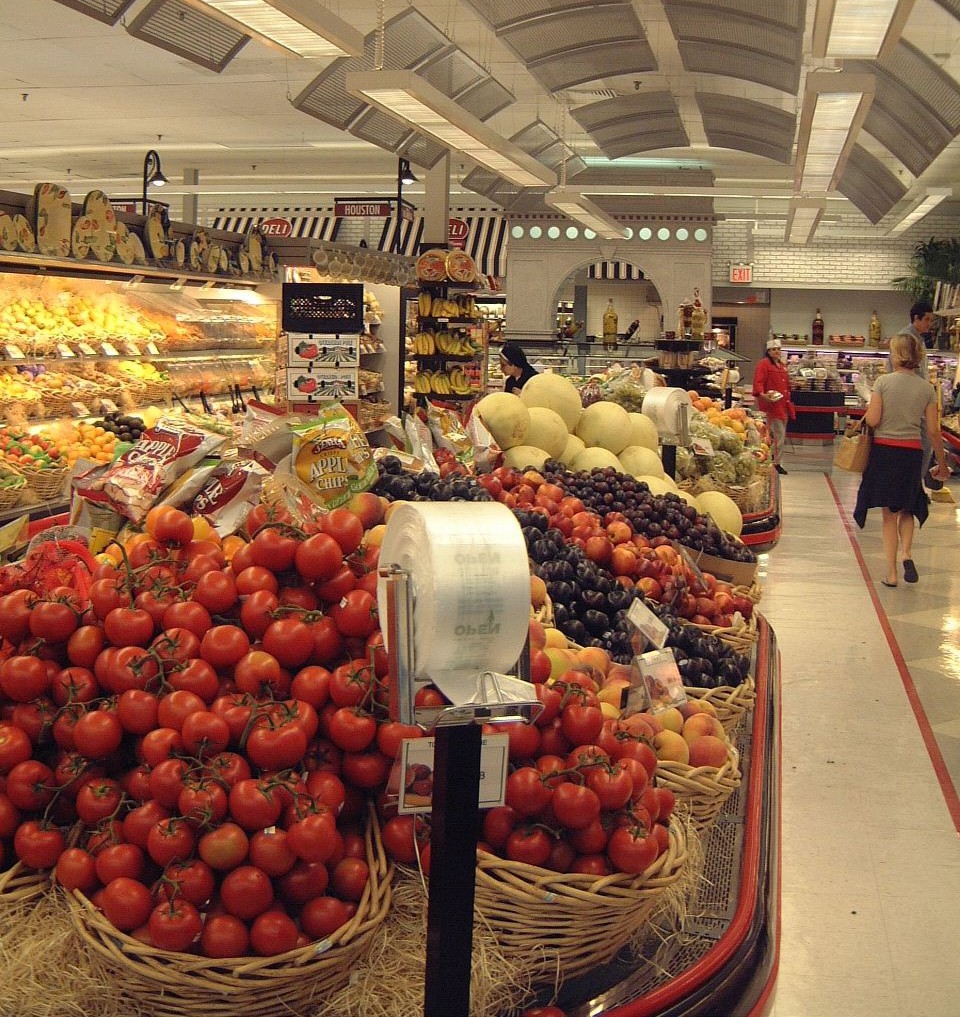 BY LINCOLN ANDERSON | A new public school is terrific — but people need to eat, too.

Saying they were blindsided by the news, local community leaders are concerned over the recently announced plan to build a school on the site of the current Morton Williams supermarket at Bleecker Street and LaGuardia Place.

So is Avi Kaner, the supermarket’s owner.

“Three thousand residents of Greenwich Village shop in this store every day,” he told The Village Sun. “It’s centrally located, in the middle of N.Y.U.’s campus. We negotiated a 20-year lease with N.Y.U. this past January.

“When we read your article, it was like a sledgehammer came down on us,” he said. “This was totally unexpected, especially since we just signed a lease. If we close, it would turn this into a total food desert.

“This would really negatively impact a diverse Village community by depriving it of having its primary supermarket,” he added. “N.Y.U. has a responsibility to the residents, the faculty, the students. Imagine, a major university in the United States without a supermarket. It’s unbelievable.”

He added that the supermarket employs 80 union workers, noting, “These people have families relying on them.”

Taking his objection a step further, he argued, “This area doesn’t necessarily need more schools. There are places in this city that are far more needy than Greenwich Village.”

Although it’s very early in the planning, there doesn’t currently appear to be any provision for a new market by any of the parties involved, namely the School Construction Authority and New York University.

The Village Sun first reported that the S.C.A., after years of stonewalling, recently finally decided to exercise its option to build a school at the site, which is located on N.Y.U.’s southern South Village superblock.

According to an S.C.A. spokesperson, however, the agency currently has no intention of including a supermarket in the 100,000-square-foot school building, which he called a “stand-alone” project. According to the S.C.A., the university will provide the land to the city for free, but won’t build the “core and shell” of the school, as previously thought.

For its part, N.Y.U. appears to have quietly shelved most of its nine-year-old N.Y.U. 2031 large-scale development scheme, now saying that it is constructing only one of four new buildings originally planned for the two superblocks.

As previously reported, in a statement to The Village Sun, Lynne Brown, N.Y.U. senior vice president for university relations and public affairs, called a public school a “wonderful use” for the corner lot but notably ducked the newspaper’s question about the supermarket’s fate.

Brown said that, beyond 181 Mercer St. — the towering new building currently being completed along Mercer Street between Houston and Bleecker Streets — the university has no plans at the moment for any more construction on the two jumbo-sized blocks.

Meanwhile, Kaner said he was left totally in the dark about the public-school plan and had assumed, at this point, that it was never going to happen.

“No one in their right mind thought there was going to be school there,” Kaner said.

The new lease that the store signed in January did contain a demolition clause, he noted.

The supermarket owner said that over the past 20 years, the plan for the corner has gone through various iterations.

“The original idea was to build a building at that site and then they would put a supermarket underneath it,” he said. “Seven to eight years ago the building idea went away — they had other priorities.”

After that, there was talk of moving the supermarket into the new N.Y.U. building that would be constructed at 181 Mercer St., which was then, for lack of a better name, being called the “Zipper Building.” But in recent years that option vanished, too.

Asked about the potential loss of the supermarket, and whether it could go into 181 Mercer St., Jeannine Kiely, chairperson of Community Board 2, forwarded a construction update from N.Y.U. from this past February, which she said was the most recent e-mail she had received about the project. The update noted that 181 Mercer St.’s facade would be “enclosed” by fall 2021, with the building expected to open in fall 2022. There was no mention of a supermarket. Kiely said the community board discussed the issue at a meeting three years ago.

For his part, Kaner doesn’t think the relatively small lot, with a footprint of 17,000 square feet, is the best spot for a school — particularly one for special-needs students, which is what C.B. 2 and local politicians have advocated it be used for. The Department of Education had contended there was no “identified need” for local public-school seats at the Village site; so C.B. 2 instead pitched the project as a citywide school for special-needs students.

“Everyone is pro-schools, as I am,” Kaner said. “Our future is educating our children. But it has to be done sensibly. You can’t just build a school for the sake of building a school. It makes for a good sound bite, but it’s not good government. The role of government is not to hurt communities.

“I’m not an architect,” Kaner continued, “but this parcel seems like absolutely the wrong place to build a school for disabled kids.”

Specifically, he said, since it will likely be a five-story building, that will mean a vertical campus, when a horizontal one, in his view, would be better suited for disabled kids, some of whom might have mobility issues. Also, he said, Bleecker and LaGuardia Streets are narrow, so buses and vans dropping off and picking up disabled students at the school could potentially cause traffic jams.

He said he supports the project’s goals, noting, “We have disabled children in our family.” However, he added, “This is a good idea but the wrong location.”

At the same time, Kaner said N.Y.U. has been “a very good landlord” to the store for 20 years, and that his family also has “very deep ties to N.Y.U.,” and that he is hopeful a solution will be worked out.

Following The Village Sun’s first article about the situation, on Nov. 19, Kaner promptly fired off an e-mail letter to N.Y.U.’s Brown, warning, in part, “The city option [to build the public school] now puts our business at great risk, and will potentially leave Greenwich Village and N.Y.U. students/staff without its primary supermarket.”

He included in the letter a lengthy list of family members who are graduates of N.Y.U. or have been affiliated with it, including his father-in-law, supermarket mogul Morton Sloan, who got his M.B.A. there and has been an annual donor to N.Y.U. Medical School for 15 years. Other family members have taught and lectured at N.Y.U. An uncle, Dr. Walter Neff, headed the N.Y.U. psychology division.

“As you can see, our connection with N.Y.U. runs deep,” Kaner wrote Brown. “We hope we can work together to ensure that we are able to survive, and that Greenwich Village and N.Y.U. retain their primary supermarket.”

He requested a meeting with N.Y.U. officials, to be held Monday, to find out more about what exactly is going on and the timing of the plans.

Kaner said, whatever ultimately happens, it’s important that “continuity” be maintained throughout the construction process, so that Greenwich Village is not left for a period of time without its main supermarket.

“Maybe the city provides another site for a school,” he said, “or N.Y.U. provides space for a supermarket — such as in 181 Mercer St. — before the current store is demolished. Our goal is to make sure the community has continuous access to its primary supermarket. If we have to move, the goal would be to do it seamlessly.

Morton Williams had been planning a major interior renovation of the store, costing millions, but that’s obviously now on hold.

Other markets in the area just aren’t the same, according to Kaner. Wegman’s isn’t opening until 2023 at Astor Place and is “not within walking distance,” he noted. Trader Joe’s is all prepackaged food, without any butcher, deli or seafood counters or salad bar; plus, Morton Williams has “eight times” the number of products as Trader Joe’s, he noted. The Gristedes on W. Third Street is small, he added.

Meanwhile, local community leaders voiced concern over the potential loss of the Morton Williams and accused N.Y.U. of dropping the ball.

Bleecker-area activist Judith Callet said she was “furious” over the news.

“As a former resident chairperson of the Bleecker Area Merchants’ and Residents’ Association and one who was involved with the N.Y.U. 2031 plan from the earliest stages, I know that BAMRA has always been extremely concerned about the prospect of losing the only full-service supermarket in the area,” she said. “BAMRA has voiced its opinion on several occasions about this topic.”

Callet said she has spoken about the prospect of losing the Morton Williams with residents from 505 LaGuardia Place, Washington Square Village, others “within the BAMRA community” and Soho and Noho residents, too. She said the words that sum up the feelings of herself and other locals are “furious and outraged.”

“N.Y.U. originally said they would provide space for a supermarket in 181 Mercer St.,” she said. “They took that idea away by the end of 2014.

“N.Y.U. must be held responsible for establishing a full-service supermarket within this community before demolishing the existing one,” she stressed, adding, “N.Y.U. has had absolutely no respect for the neighborhood it is destroying.”

Sean Sweeney, executive director of the Soho Alliance, noted that back in 2012, N.Y.U. “unambiguously promised” that a supermarket would be included in the planned building at 181 Mercer St.

“Now that it has gotten its way, this behemoth of a real-estate empire posing as a university rejects its own words,” Sweeney fumed. “So typical — and a slap in the face to the politicians and papers like The New York Times who supported this ill-conceived zoning change and megadevelopment.

“Where will the Soho and Greenwich Village residents shop?” he asked. “The Gristedes nearby on Bleecker at Mercer closed during the pandemic. The Food Emporium in Tribeca has also closed. The nearest supermarket in the Village is on Sixth Avenue and 12th Street or Greenwich Street and Christopher, almost a mile away.

“What are we to do? Trader Joe’s? Good but limited selection. Whole Paycheck, er, Whole Foods? Fresh Direct? If you can afford them.

“Where does N.Y.U. expect its neighbors to get food? At a food pantry for the disenfranchised?

Sweeney, who is also vice president of the Downtown Independent Democrats political club, noted that D.I.D. members often stand in front of the Morton Williams — “since it attracts so many Soho locals” — to gather petition signatures to put candidates on the election ballot.

“It is so hard to collect signatures in Soho itself, since it is not easy to distinguish who is a local voter and who is a tourist,” he said. “So Morton Williams is sort of a community hub.”