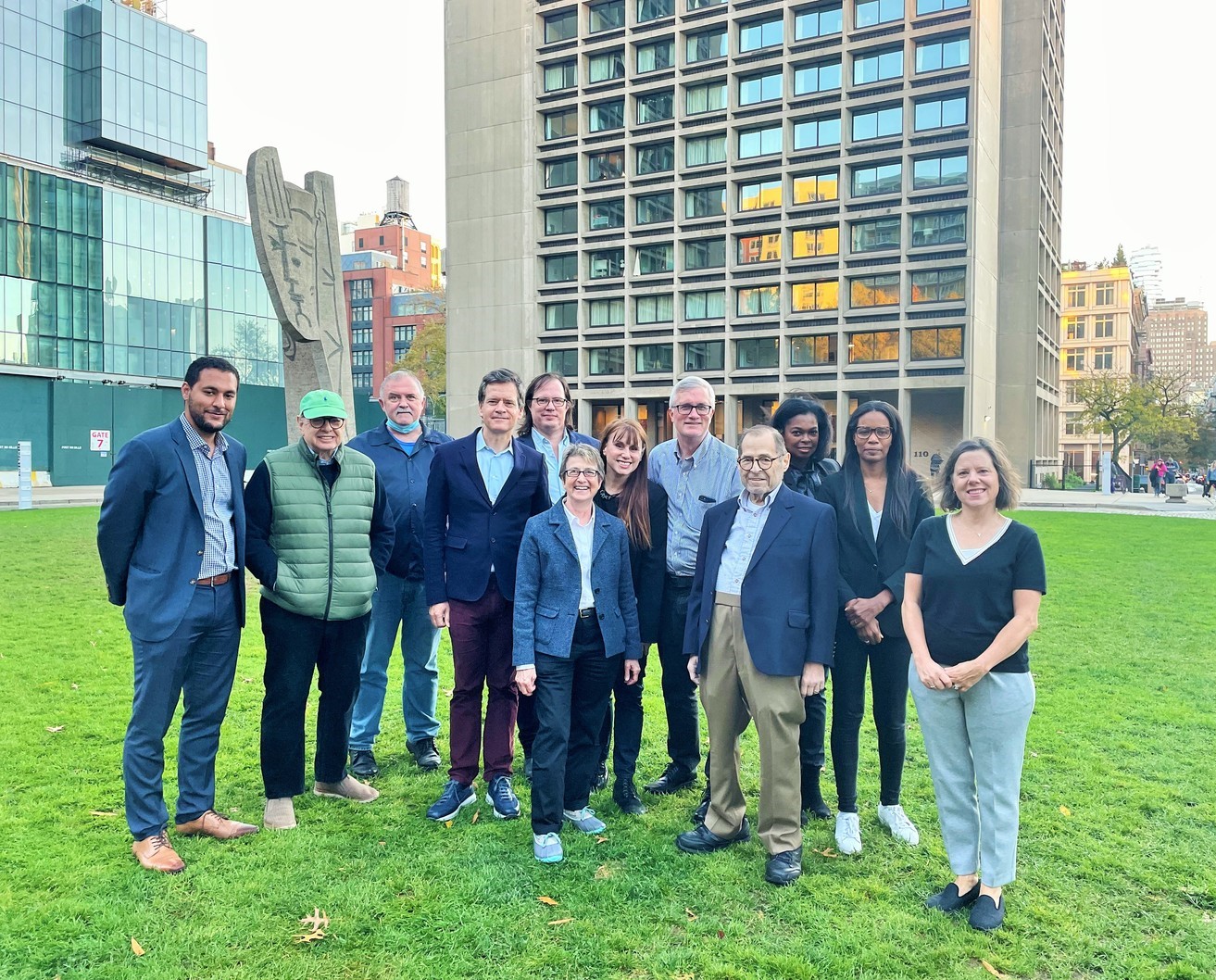 BY LINCOLN ANDERSON | Updated Nov. 22, 1:45 p.m.: It took a while — nine long years of back and forth — but the city has finally agreed to create a public school at a long-targeted site on Bleecker Street.

The original plan nearly a decade ago had been that the school would be built in the bottom part of a to-be-constructed new N.Y.U. building at 130 Bleecker St., the current site of the Morton Williams supermarket, at the southeast corner of Bleecker Street and LaGuardia Place.

“S.C.A. anticipates that as a result of this School Election Notice, N.Y.U. shall, pursuant…to the restrictive declaration, deliver the Public School portion of Zoning Lot 3 to the S.C.A. in vacant condition,” the letter states.

The lot measures 17,000 square feet and the school will be 100,000 square feet in size, according to the S.C.A., translating into a school building perhaps five stories tall. N.Y.U. will provide the lot free of charge, but will not construct the building, according to Kevin Ortiz, an S.C.A. spokesperson. Ortiz confirmed that the school would be on the current site of the supermarket.

Meanwhile, Richard Lipsky, a lobbyist representing the Morton Williams supermarket, said the market’s future must be resolved, as well.

“The outstanding, unanswered question is what happens to the supermarket?” he said. “And it’s complicated. I believe it’s the only major supermarket in the West Village. We’re not looking to defeat the school at all. We’re looking for a win-win.”

Asked if the public school building would include space for a supermarket, Ortiz said no.

Congressmember Jerrold Nadler, joined by other local politicians, recently put on a major push to make sure the school would get built.

“I’m thrilled to see the S.C.A. make the commitment to the Bleecker Street School,” Nadler said. “This is a huge win for Manhattan Community Board 2 and the Village community, which have led the fight to get this school built.”

Patricia Laraia, chairperson of the Schools and Education Committee of Community Board 2, hailed the news and praised the local politicians for getting the agreement across the finish line.

“We’re ecstatic that the School Construction Authority and the Department of Education have chosen to exercise their option to build a school at 130 Bleecker Street,” Laraia said. “It is our hope that they use this opportunity to build a school that caters to the needs of  specialized students with disabilities across the city, which C.B. 2 has been advocating for years. Thank you to Congressman Nadler, Senator Hoylman, Senator Kavanagh, Assemblymember Glick, Manhattan Borough President Brewer and Councilmember Chin for their support and advocacy in making this project a reality.”

The long-sought school was included in the above-mentioned restrictive declaration, filed in July 2012 for the university’s Large-Scale General Development Plan for its two South Village superblocks, located between W. Third and Houston Sts. and LaGuardia Place and Mercer Street. Dubbed N.Y.U. 2031, the sweeping plan called for up to four new high-rise buildings on the two supersized blocks. The first new, massive, Midtown-style tower is currently being completed at Houston and Mercer Streets.

Just a month before Kubota’s announcment, however, Nadler and other politicians had raised the alarm that the chance to secure the school could soon be squandered. The S.C.A.’s window to confirm its intention for the site was, in fact, set to expire at the end of this year, after which the site would return entirely to N.Y.U.’s control.

Their letter noted that the S.C.A. had “retained the option to acquire a fully built core and shell for a school since 2012, but has not exercised its ability to do so.”

“The date for the S.C.A.’s commitment was originally proposed as 2025, although final negotiations resulted in a deadline of 2014,” the letter noted. “Since then, the date has been extended to 2018, and then again to December 31, 2021. We are alarmed that the administration has not acted over the past 7 years to advance siting a new school at this location, and instead seems poised to allow this valuable option to expire.”

In addition, the pols’ letter noted the site is “centrally located, with significant access to nearby public transportation, and is incredibly valuable — with S.C.A.’s option estimated to be worth over $65 million.”

The letter further stated that the politicians and C.B. 2 had repeatedly approached S.C.A. and the city’s Department of Education regarding the site, proposing “innovative opportunities” for its use, such as a citywide school focused on students with disabilities and “Carter Case” students. Carter Case students are special-needs children whose parents withdraw them from public schools — where the available education is inappropriate for them — and place them in private schools, with D.O.E. footing the tuition costs.

“New York City cannot let this site slip through its fingers through inaction,” Nadler warned, in a statement, at the time. “The city and N.Y.U. promised a school here as part of a massive rezoning — and they need to deliver.”

A month before Kubota’s announcement, the university reportedly was indicating there would be no more extensions regarding the site. It was now or never — the pressure was on S.C.A. to make a decision.

A Nadler spokesperson told The Village Sun back then, “N.Y.U. is now saying they will not move the [S.C.A. decision deadline] date back any more. They will not move it again. We’re trying to push the city to actually make the commitment. It will be a major giveback to N.Y.U. if they choose not to act.”

D.O.E. and S.C.A. had argued that there was not an “identified need” for general education seats within the area, though local education advocates disagreed. Ultimately, C.B. 2 and advocates decided to pitch the hoped-for school toward citywide special-needs students. In a related vein, the community board recently held a forum on students and dyslexia.

In the end, the city finally chose to act and say yes to a school at the location.

Over all, the original N.Y.U. 2031 megadevelopment plan called for 2.5 million square feet of new construction on the two South Village superblocks — a whopping 50 percent expansion over N.Y.U.’s current footprint in all of the five boroughs.

In a post-COVID world, though, where hybrid learning — both in-person and remote — may become the norm, some are now questioning whether the university should still be striving to fulfill its ambitious N.Y.U. 2031 plan and construct all four buildings.

At one point some years ago, a university official confided that possible options for the Bleecker site other than a public school — such as a senior day center — were also being mulled for the “community facility”-zoned space. Not everyone who lives on the block necessarily wants a public school there, the official added. N.Y.U. is also well aware that retaining a supermarket somewhere on the block is also very important for residents.

Regardless of N.Y.U.’s larger development schemes and its various moving parts, though, S.C.A. is now officially on record saying it will build a public school at theBleecker Street site.