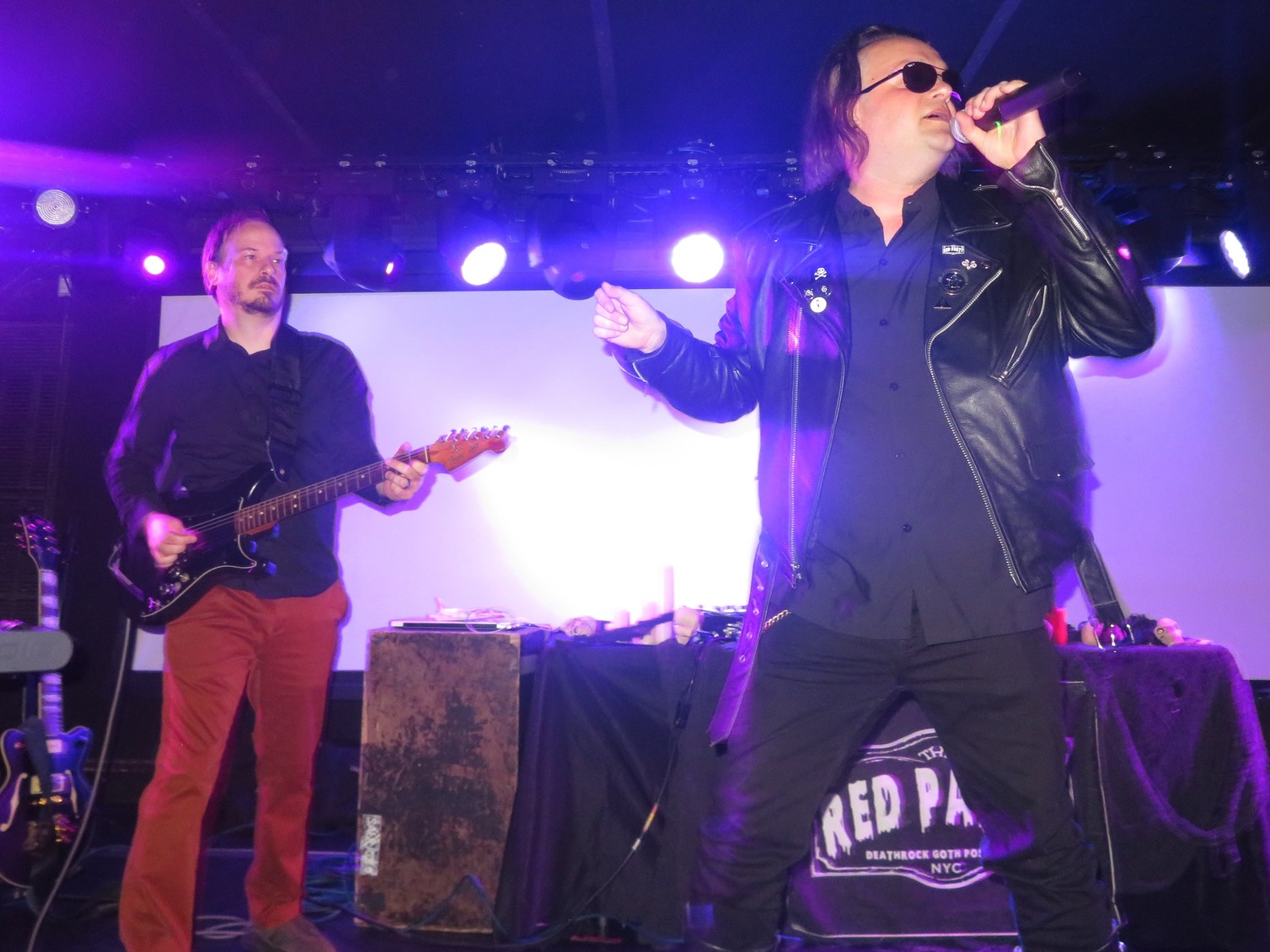 BY EVERYNIGHT CHARLEY CRESPO | Start searching for your black lipstick. The Red Party, which has gathered New York’s gothic music community for monthly events for more than a decade, has returned to Mercury Lounge. Even the goths are coming back to post-pandemic life!

One Saturday each month, the Red Party’s Sean Templar and other deejays spin old and new darkwave, post-punk, deathrock and gothic music from 10 p.m. to 4 a.m. In addition, the parties often feature live music at midnight. At the July 10 party, Hallowed Hearts performed its live debut.

Hallowed Hearts is the new project of vocalist Alex Virlios and guitarist/keyboardist Andrew Sega. Virlios previously sang in Blue Images, CTRL and Provision, and Sega worked in Iris. These under-the-radar projects generated underground buzz for their dark synthpop and electro approaches. Together, Virlios and Sega as Hallowed Hearts released an 11-song album, “Into the Fire,” in July 2020, and a five-song EP, “Ruins,” this May.

Hallowed Hearts performed a 40-minute set at Mercury Lounge amid darkness and flashing lights. Without the benefit of a full band, Sega played guitar while also controlling layers of preprogrammed accompaniment, including driving bass lines and drum-machine beats. Virlios sang clearly, leading the melodies while feeding the gloomy post-punk flavor of each song.

The songs were kept to a reasonable length rather than overloading the groove into monotony. This is where post-punk meets goth, where moody vocals are delivered over a throbbing, cutting dance beat.

The venue’s crowded bar and performance spaces proved how eager the local goth community was to reunite and celebrate. The enthusiastic response given to Hallowed Hearts’ debut concert was impressive. The Red Party will continue carving the niche for Downtown Manhattan’s post-punk following in the post-pandemic era, and Hallowed Hearts likely will build a stronger following through audiences like these.