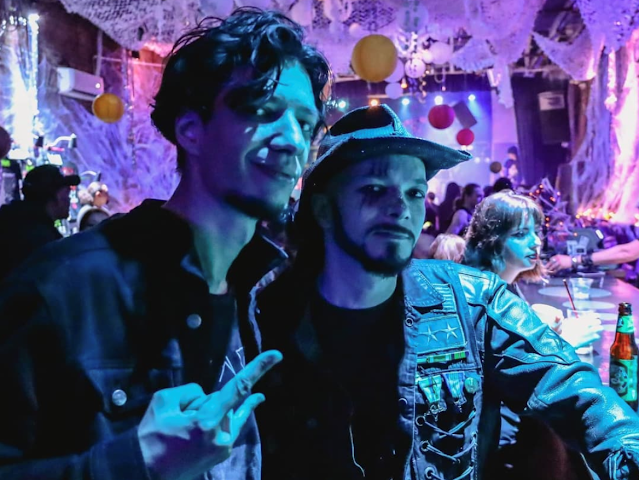 BY EVERYNIGHT CHARLEY CRESPO | In the later part of the 20th century, arguably the only cool neighborhoods in New York City for maximum music events were Greenwich Village and the Lower East Side, especially in the East Village.

By the start of the 21st century, the hot spots moved below Houston Street in Manhattan and to a long stretch of northern Brooklyn. Nestled between the glitzy shops and hipster bars of Williamsburg and the funky, converted warehouses in Bushwick is a quieter residential community, East Williamsburg.

Near the L train’s Melrose Avenue station, Barcade and Modern Love have been popular bars in East Williamsburg for a few years, and the Brooklyn Monarch is evolving into a live music spot. Eris Evolution, at 167 Graham Ave., is a 5,000-square-foot restaurant, art, music and performance event space.

Among its many events, Eris Evolution is drawing a colorful crowd with its Club Nihil on Friday nights. Colorful? Yes, if the palette is composed of various shades of black. Black leather, black latex, black spandex, black eyeshadow, black lipstick. Club Nihil is the new center for the goth, post punk and industrial music scene.

“We’ve been a weekly party since the beginning of May of 2021, so right when things began to open up, we were the first alternative party to come back,” Club Nihil co-founder Ryan Walker said. “We used to be a twice-a-month party at Pyramid Club, in the basement, but the venue wound up closing during lockdown. The disc jockey who long did their upstairs party found Eris Evolution in Brooklyn as an alternative. We tagged along since the venue also had a basement. It felt like it would be good for the Pyramid community if we all went together.

“In September 2021, the ’80s party moved on from Eris but we decided to stay behind,” Walker continued. “This is when I teamed up with Andrew, who is one of the co-founders of the industrial party Defcon and was the bartender for our party — and all basement parties — at Pyramid. We decided to rebrand the night Club Nihil, a nod to the famous goth night in Los Angeles, Club Sinister.

“Essentially,” he said, “we have three rooms in the club and each room has a specialized DJ. One room is an industrial room, another is a more goth room, and the third features a more minimal synth-type music. We are still finding our footing, navigating a party in a city that seems like it is full of them. We are hoping that Club Nihil continues to gain traction and find new audiences.”