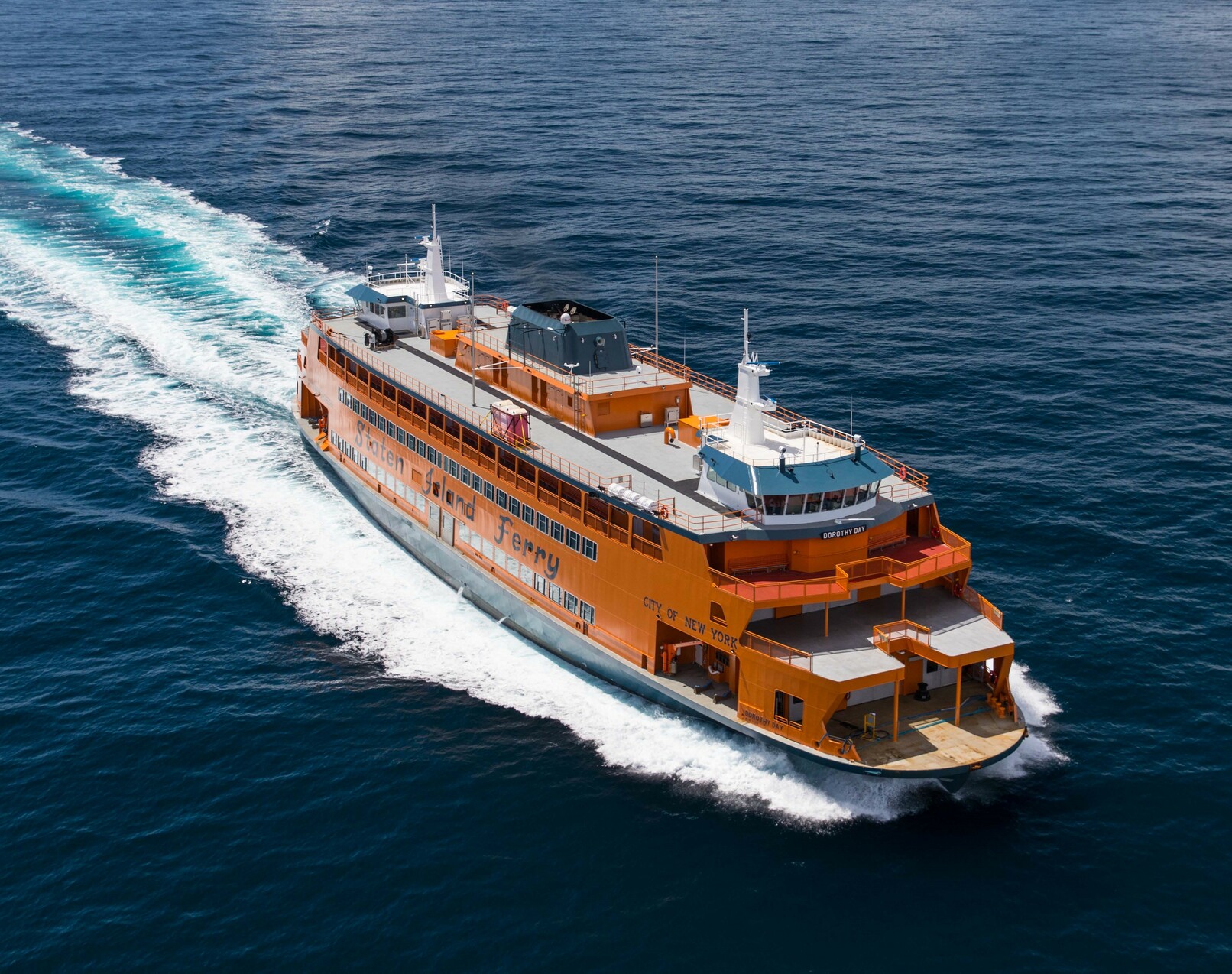 BY THE VILLAGE SUN | While Pete Davidson and Colin Jost were thinking up a goofy name for their decommissioned Staten Island Ferry bacchanalia boat (they settled on Titanic 2), a new Staten Island Ferry with a moniker honoring a potential saint was steaming toward the Big Apple.

The Dorothy Day — named after the legendary social activist and Catholic Worker journalist — sailed out of a shipbuilding yard in Panama City, Florida, on Sept. 2 for the two-week journey up to New York.

Dorothy Day lived on the Lower East Side and in Greenwich Village before moving to Staten Island’s South Shore. She worked to help the poor and hungry, and supported a philosophy of distributism — a “third way” between capitalism and communism. Her legacy lives on today in the East Village in the Maryhouse and St. Joseph’s House residences and the Catholic Worker newspaper, which she founded. Day lived and died at Maryhouse.

According to Silive.com, since arriving, the ferry has been getting a final tuneup at Caddel Dry Dock at Staten Island. The boat’s official dedication will reportedly happen sometime in early November — which is appropriate since Day’s 125th birthday is Nov. 8.

The Dorothy Day is just the third Staten Island Ferry to be named for a woman. The Mary Murray has been decommissioned and the Alice Austen currently provides overnight service.

The 4,500-passenger boat — which can take on or disgorge passengers at either end — is part of a new class of state-of-the-art vessels.

According to Silive.com, “The three new ferries are larger, reflect modern technology, and are said to operate more safely in extreme weather conditions.

“They feature popular design elements of past Staten Island Ferries coupled with new amenities, such as more comfortable seating and phone-charging outlets and an oval upper-deck promenade that will serve as an outdoor ‘walking track’ for ferry riders.”

When the Dorothy Day ferry arrived in New York Harbor, a group of mostly Catholic Worker activists went out to greet her at the Verrazzano Bridge aboard a tugboat from the McAllister company.

One of them, Anthony Donovan, explained how the naming came about per what he heard from the city’s Department of Transportation.

“Dorothy never called attention to herself,” he noted. “Neither do Catholic Workers push or advocate.

“Dorothy Day was among many, many names that were the subject of petition campaigns over the last five years,” he said.

“The final decision of the naming is, however, left entirely to the sitting mayor — that was Mayor de Blasio. He ultimately chose her among all petitioned candidates in May of 2021

“For me,” Donovan said, “it’s a heart-warming and inspiring decision that lends hope and vital direction in a world bent on division and war. It’s embracing community. And, like the Catholic Worker paper — it’s a free ride for rich and poor alike.”