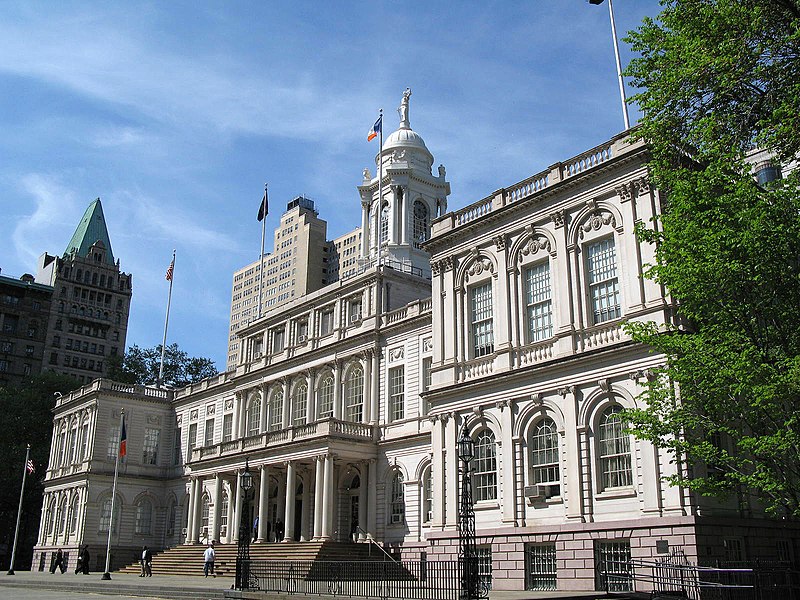 BY MARY REINHOLZ | As New York City’s eight major mayoral candidates in the Democratic race prepare for Thursday’s first primary debate broadcast by NY1 and WNYC, at least one thing seems certain: It’s anyone’s guess who in a crowded field will emerge victorious from a two-hour televised bloodletting that starts at 7 p.m.

It’s also difficult to determine who will stagger on through subsequent political slugfests and triumph in the primary on June 22 and then win the fall general election in this one-party town. Few pundits are predicting outcomes, not even at this late date, declared varied political gurus contacted by The Village Sun.

“It’s not clear — it’s muddy and murky,” said Douglas Muzzio, a longtime political science professor at Baruch College who hosts “City Talk” on CUNY TV. “Don’t take anything as gospel,” he advised. “It’s all in flux.”

Muzzio noted that former tech entrepreneur Andrew Yang, who ran unsuccessfully for president promising a universal basic income, was the front-runner from the get-go and then took “flak” from his opponents.

“It was harsh,” he said. “They said he has no experience and is basically an empty suit for having never voted [in New York]. They claimed he deserted the ship and moved to Westchester. So he’s vulnerable. Now it looks like Adams is picking up steam,” the professor continued, referring to Brooklyn Borough president Eric Adams, a black former cop endorsed by the New York Post.

Adams has edged ahead of Yang in some recent polls.

“He’s got a geographic base, he’s got a racial base,” Muzzio explained. “He’s hopefully getting the Democratic moderate base.”

What about Ray McGuire, a black former Citibank executive who has won the support of hip-hop legends like Jay-Z and Diddy and filmmaker Spike Lee?

“His operating style is boring and he makes no connection with voters,” Muzzio pronounced.

His own pick for mayor appears to be former Sanitation Commissioner Kathryn Garcia, who was endorsed Monday by The New York Times.

“Garcia is probably the person most capable of running the city,” Muzzio said.

Other professional candidate watchers say that New York voters should not dismiss progressive Democrat Scott Stringer, the city’s comptroller. Stringer was polling third or fourth in the mayoral race until Jean Kim, a lobbyist and former volunteer, accused him of sexually abusing her 20 years ago when he was running unsuccessfully for public advocate in 2001.

His fall from grace over one allegation was stunningly swift as major left-leaning groups and pols rescinded their endorsements, among them the Working Families Party and lawmakers like state Senator Julia Salazar and Assemblymember Yuh-Line Niou. Some previous supporters told him to leave the race and even resign as the elected city comptroller. At first, Stringer seemed like a man mowed down by a steamroller.

“Stringer is NOT dead!” exclaimed veteran political strategist Hank Sheinkopf. He noted that the comptroller has retained his endorsement from the powerful United Federation of Teachers, whose parent, the American Teachers Federation, along with a super PAC, provided his embattled campaign with $4 million for digital advertising, fliers and TV commercials.

Stringer has also picked up endorsements from other unions, like the Teamsters Local 237.

Sheinkopf believes that Stringer effectively blunted the damaging allegations of Kim with his own strong denials of her charges.

“He managed the news well and created sufficient doubt,” he said. “He went full blast to undercut her and that was successful.”

As for Kathryn Garcia, who’s not well known, Sheinkopf doesn’t think her endorsement from the Times provides enough clout for her to win “because newspapers don’t have the same power they used to. They have gravitas. The Times sells more in Boston than in the Bronx,” he said during a telephone interview.

“The Times needed a woman for their endorsement and they chose not to endorse [Maya] Wiley,” he added, referring to the civil-rights lawyer who was Mayor de Blasio’s counsel. “Its endorsement [of Garcia] is for her technical skills but not for her political capacity.”

Unremarkably, other PR powerhouses don’t totally agree with this assessment of Stringer or Garcia. George Arzt, the press secretary of late former Mayor Ed Koch, has advised numerous pols over the years, among them both Bill and Hillary Clinton and also Scott Stringer.

“I think for Scott it’s been tough,” he told this reporter. “These allegations have really hurt him. I don’t know what happened 20 years ago but basically there has been no corroboration from [Kim]. I think we have to look at this very carefully and we can’t discredit him on one allegation.”

Arzt has warm memories of Garcia and notes that among insiders she was known as the “go-to person” for de Blasio and “worked in other administrations to fix up problem areas. Her father was the chief labor negotiator for Koch and she’s a sweetheart of a person,” he said. “She’s not really political. She’s a person who knows how to get things done.” He contends that the “stunning nature of the Times’ endorsement gave a real jolt to her contending status.” He had placed her in the second tier. No longer, apparently.

Donovan has a solid résumé on addressing major federal and New York City issues involving housing and rebuilding communities in crises, as in Hurricane Sandy, and sent city reporters a 200-page policy book.

Currently, Arzt views Eric Adams as the front-runner, noting that the latest polls “show him slightly ahead of Andrew Yang but that could change.” Meanwhile, he’s trying to boost the campaign of Ray McGuire, a new client.

“He’s done a lot of work for the community and is often overlooked by reporters,” the veteran consultant said. “He’s probably the best person to bring back businesses in this city.”

And so it goes. Arzt points out there is “no shoo-in” for winning the mayor’s race.

“No one knows what’s going to happen or how ranked-choice voting is going to go,” he said. “There are still a lot of question marks on who will win. Unless someone makes a mistake, the debates are usually forgettable. I do think there’s a chance to pick up voters. If someone does really well and gives great answers, it could change things. But the chances of that happening are not great with so many in the field.”

For some PR operatives attuned to the political scene, New York City voters are pushing back against the progressive movement because of their “insecurity about crime and their health that was exaggerated by the pandemic,” opined Michael Oliva, president of Sykes Global Communications.

“I feel people want moderates like Eric Adams and Andrew Yang, not Maya Wiley or Dianne Morales,” he continued, alluding to the leftist former nonprofit executive. “This is no longer about ideology,” he added. “The Times wants a good manager. That’s the way the wind is blowing.”

Oliva regards Biden’s low-key victory against Trump as extending to the current mood in New York.

“Biden held the line of not going too far to the left and the formula worked,” he said. “The specter of Trump is no longer here, so people don’t need to go far left and they can be more moderate. The older voters don’t want to see New York descend into chaos like the1970s. The Stringer voters may go to Morales and Wiley but most [others] want Adams or Yang,” he claimed.

In his remarks, Oliva noted that former President Obama has been talking about “no more purity tests” like those on the left. Moderate voters, he said, “don’t want to defund the police but they don’t want police brutality either. I think [Adams] has built a good coalition of old-school New Yorkers of every color, black, white and Hispanic, and he’s not going for gentrification. Yang is like a Democratic version of Trump for voters who want something unusual. A lot of media don’t understand New York. It’s not like San Francisco or L.A. As crazy as New York is, deep down, there’s an innate conservatism.”