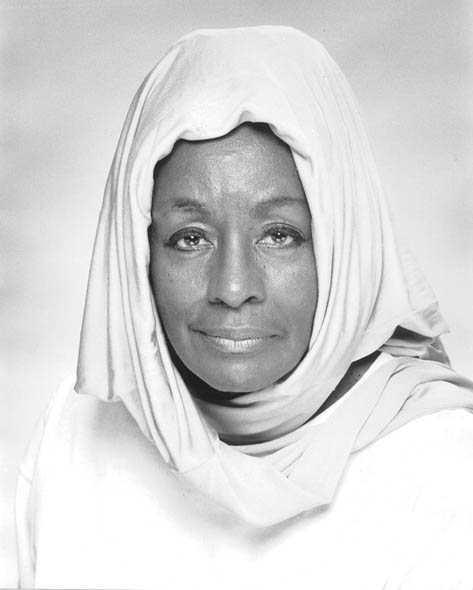 Vinie Burrows in "The Good Person of Szechwan," by Bertolt Brecht, at LaMama's Foundry Theater.

Actress Vinie Burrows, 98, to be ‘sainted’ at the Earth Church

The actress Vinie Burrows will be honored with “fabulous sainthood” by Reverend Billy and the Stop Shopping Choir at the Earth Church in the East Village this weekend.

Six straight performances on the Great White Way followed, including “The Skin of Our Teeth,” by Thornton Wilder, directed by Alan Schneider.

Burrows has traveled the world in her one-women show, “Sister! Sister!” She has also backed causes of racial and women’s justice, in particular, in association with Women for Racial and Economic Justice.

The veteran actress remains a vital member of the East Village community and a role model for many.

She first risked arrest with the Stop Shoppers in 2002 at age 77, joining them in First Amendment free-speech performances in the bridge structure that joined Wall Street to the PATH train, where many stockbrokers commute.

“’Fabulous Sainthood’ is our way of saying thank for the life and work of people that we admire,” Reverend Billy said, “and has included Chris Smalls of the Amazon Labor Union (two Sundays ago) and, over the years, Joan Baez, Kurt Vonnegut and Norman Seigel.”

The sainting of Vinie Burrows will happen on Sun., Sept. 25, at 3 p.m. at the Earth Church, at 36 Avenue C, at E. Third Street, and will also be livestreamed at Revbilly.com.

There are no tickets. The “church” is secular, run by singing activists and a preacher.