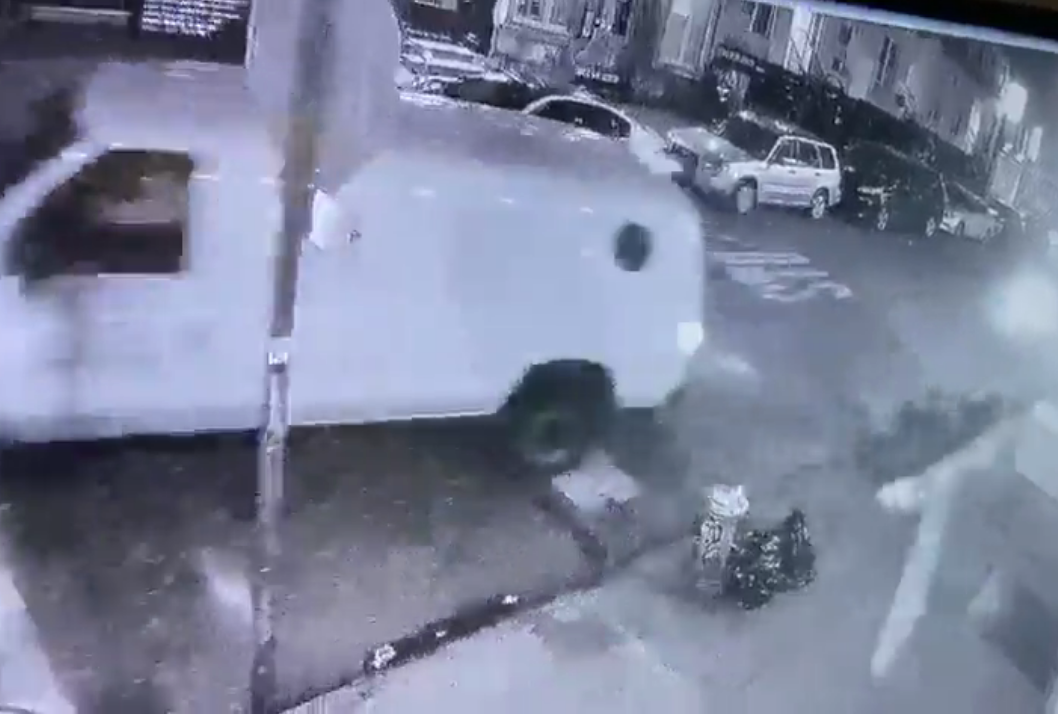 A.T.M. bandits make quite a haul

BY THE VILLAGE SUN | Talk about an A.T.M. rip-off.

A sidewalk A.T.M. was literally ripped off a restaurant on the Lower East Side a couple of weeks ago.

Local documentarian Clayton Patterson forwarded this surveillance video from El Sombrero restaurant, at the corner of Ludlow and Stanton Sts.

The incident happened around 3 a.m.

“This is a crew who is taking advantage of the protests,” Patterson said. “The protesters are in another part of the city. While the cops are with the protest, the robbers, the skilled ones, target a place and come back and rob it. They are a team and have a van.”

As seen in the video, a van pulls up outside El Sombrero, and a man then hops out and tries to pry open the A.T.M. with a crowbar. When that fails, he hooks a chain up to the machine, and the van promptly yanks it right off the wall and drags it into the street.

Jose Almonte, El Sombrero’s owner, said he not only lost the machine and the cash inside it, but the place’s exterior wall was damaged, as well.

Insurance will cover the cost of the lost machine, but the cash is gone.

Fortunately, he was able to patch up the damage.

“That’s reclaimed wood,” he noted. “Luckily, I was able to get it. You can’t even really tell the wall was damaged.”

The sound of the A.T.M. being wrenched off the restaurant was so loud it woke up a couple of his customers a block away, he said, one of whom looked out his window and saw the machine lying in the street.

“They dragged it a little bit — by Pianos — and they put it in the van,” Almonte said.

He said police told him they are investigating and believe this crew is from Brooklyn.

“They’re going to get caught sooner or later,” Almonte said. “The police believe the van was not stolen. That same day, they hit five places.”

The restaurateur has owned El Sombrero, which offers Latin American fare, for nearly seven years. On a positive note, he said the city’s new Open Restaurants program, which allows places to have outdoor seating, has been a real boon.

“People are enjoying it,” he said. “The weather is nice. They want to sit down, have a nice margarita, appetizer. It’s working out. I’m hoping that continues because I think it’s much safer to have it outside.”