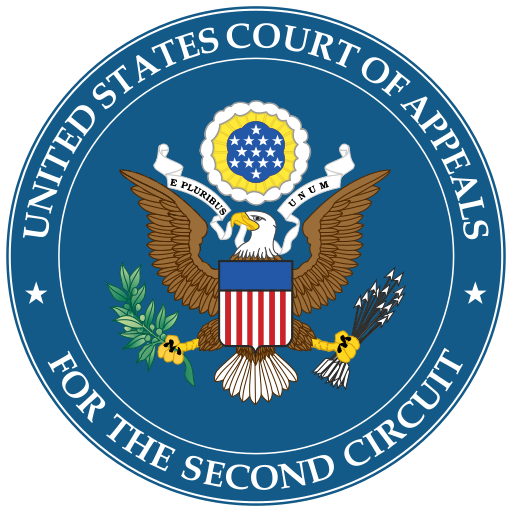 BY THE VILLAGE SUN | New York is trying its best to cancel its own Democratic presidential primary. But Andrew Yang and delegates for Bernie Sanders are fighting to ensure voters won’t be disenfranchised come June 23.

The two sides argued the case before the U.S. Court of Appeals for the Second Circuit on Friday.

On April 27, the state Board of Elections — whose members are unelected — canceled New York’s presidential primary. But Yang, joined by the Sanders delegates, sued to reinstate the primary, and on May 5 they prevailed in court.

The parties made their arguments on Friday before the Appeals Court — though, due to the coronavirus pandemic, the proceeding was held remotely by conference call.

Both Yang and Sanders have suspended their presidential campaigns — though they never technically terminated them.

“Bernie Sanders said he wanted to remain in the primary elections and wanted his delegates to stay on the ballot, but he did not reactivate his campaign,” she stated.

At another point, Vale said, “I want to emphasize that New York is and continues to be the center of the pandemic. It was an unprecedented situation.”

However, Cuomo has issued an executive order for all New Yorkers to receive absentee ballots, in case, for safety concerns, they don’t want to vote at the polls.

Jose Cabranes — the lead member of the seven-justice Appeals Court panel — asked Vale why only the presidential primary had been canceled and not other state and federal elections, such as congressional races?

“Doesn’t it seem odd to you that somehow these other political contests will go on?” he said.

Given that New York canceled its presidential primary, yet none of the 49 other states have done so, Cabranes observed, “Well, that’s quite unusual.”

Cabranes was the first Puerto Rican appointed to a federal judgeship in the continental U.S.

Vale argued that New York’s other primary elections had already been scheduled for June 23, but that the presidential primary was postponed — moved from April to June 23 — implying that makes it more cancelable.

Attorneys Remy Cohen and Arthur Schwartz spoke for the Sanders delegates while Jeff Kurzon spoke for Yang. Two attorneys representing Sanders were also on the call, in case needed to clarify anything or answer questions. Sanders is not a party to the lawsuit, though has filed a so-called amicus brief in support of it.

Cohen said that Sanders, in fact, had reactivated his campaign by “sending a letter.”

The attorneys for the pro-primary side stressed the importance of having their candidates’ delegates at the Democratic National Convention (regardless of whether the political confab will be actual or virtual). If there is no New York presidential primary, Joe Biden may well be given all of New York State’s Democratic delegates.

Schwartz recalled the 1968 Democratic National Convention, when civil-rights activist Julian Bond was nominated as vice presidential candidate in a protest move by an “alternate delegation” of Georgia delegates.

“There is an extremely important role for delegates [at the convention],” Schwartz continued. “Senator Sanders got almost 30 percent [of the vote] in a state last week that did a mail ballot. There are critical free speech and free association questions that come into play at the convention,” he added, referring to the First and 14th Amendments.

Convention delegates are apportioned based on how many votes each candidate gets.

In addition, Schwartz said, the Centers for Disease Control and Prevention has issued “a guidance” for states on how to run elections amid the pandemic, “and not one word in [it] says anything about postponement.”

Instead, the C.D.C. guidance talks about cleaning and disinfecting poll sites, encouraging voters to go to the polls at off-peak hours, and moving poll sites out of nursing homes and senior residences,  whose populations are at greater risking from coronavirus.

In his remarks, Kurzon stressed that voting is “legally protected speech under the First Amendment.”

“Canceling an election is clearly an overreaction and undemocratic,” he said. “This is a middle-of-the-game rule change. … We submit that the driving decision to cancel the election was never public health.”

Kurzon said mail-in ballots, masks and social distancing could protect voters’ health, “so no deference should be paid to [the state’s] public-health arguments.”

“If you’re running for president,” he said, “then you want the person who is going to be president to reflect your beliefs.”

Echoing Schwartz’s comment on delegates’ role in picking the nominee’s running mate, Kurzon said, “delegates that will be selected in a smoke-filled room” — instead of chosen by voters — might not pick a V.P. candidate that Sanders and Yang supporters want.

Cabranes, the lead Appeals Court justice, asked Kurzon, if it wasn’t the pandemic, then what was the Board of Elections’ reason for canceling New York’s presidential primary?

But Kurzon didn’t go there, saying, “I don’t think it’s appropriate for me to speculate about it at this time.”

Speaking afterward, Schwartz said, “No question that we won.”

He predicted the court would reach its decision on Monday.

One of the Sanders delegate plaintiffs is Penny Mintz, who is also running for Democratic State Committee in Greenwich Village.

The incumbent Village Democratic State Committee woman, Rachel Lavine, also hopes to attend the convention and have an impact on the vice president pick — but as a Warren delegate.

In an e-mail to constituents, Lavine wrote, “Due to the ever-changing status of the New York presidential primary, I will also be on the ballot running as an Elizabeth Warren delegate! Senator Warren has endorsed Joe Biden, of course, but wouldn’t it be great if she is picked to be his vice president?! So please vote for Rachel Lavine for presidential delegate, as well as the rest of the Warren slate in your congressional district!”