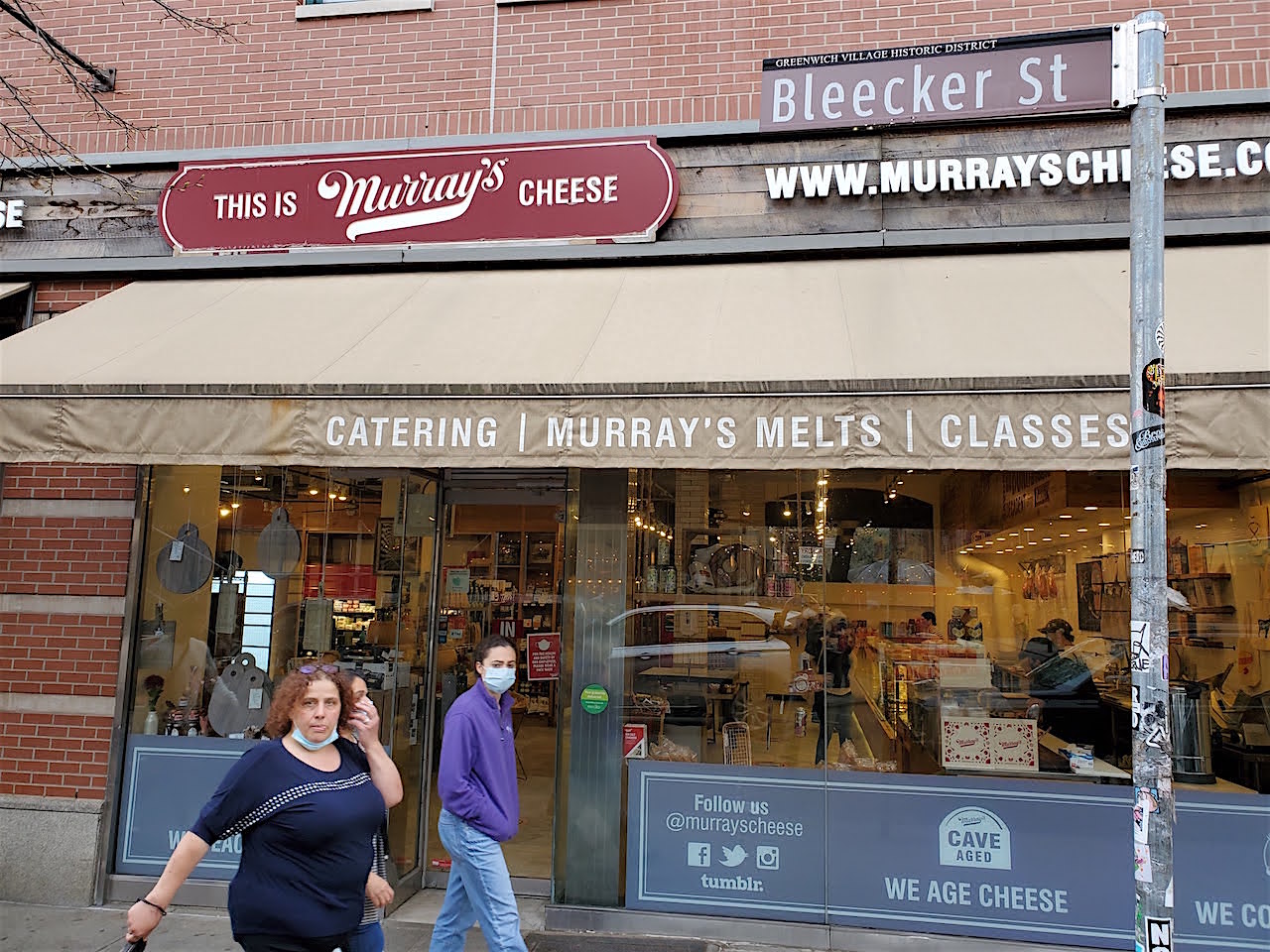 BY THE VILLAGE SUN | Like an overripe Gorgonzola, something just didn’t smell right to journalist Andrew Silverstein about parts of the Murray’s Cheese origins story.

And, after doing research, it turns out he was right. In his piece in the Forward this month, the Murray’s Cheese creation tale crumbles like a hunk of dried-out goat cheese.

In his article, “Is the legend of Murray’s Cheese only a myth?” Silverstein debunks the story that Murray Greenberg fought in the Spanish Civil War in the 1930s, battling the forces of fascist General Francisco Franco.

A loyal customer of the Bleecker St. store, the writer realized the story — recounted to him by a Murray’s counterman and also found on the store’s “About” page — simply seemed too unlikely.

“Could it be possible that less than a year after Franco’s victory, Murray opened New York’s cheese shop par excellence? It was like discovering Eli Zabar was a Navy Seal,” Silverstein writes.

“…Murray’s Cheese representatives could only point to ‘oral tradition’ as their source. So I interviewed Murray’s son Allen Greenberg, former employees, his successor and customers. I combed through decades-old news clippings, consulted the Abraham Lincoln Brigade Archives, and tracked down immigration, census and other historical documents.

“In the end,” Silverstein writes, “I can say Murray Greenberg (born Moische Schuchelmann) was not a Spanish Civil War veteran nor was he a radical. During the years of the war, Murray was selling pickles and herring at his family’s appetizing store on the Lower East Side, not gunning down fascists in the Pyrenees. As for all those Murray’s Cheese “Est. 1940” totes, there wasn’t a Murray’s Cheese until the 1960s.”

The article quotes a John Jay professor, who notes of the false history, “It’s a bit of a manufactured romanticism — and saying he’s a Communist lends additional authenticity.”

It turns out the bogus backstory was promoted by Robert Kaufelt, who bought the business in 1991 and transformed it into an upscale destination shop. Kaufelt sold the store five years ago.

From humble beginnings in the Village, Murray’s Cheese today is fully owned owned by Kroger, the nation’s largest supermarket chain, and has 750 locations in more than 30 states.