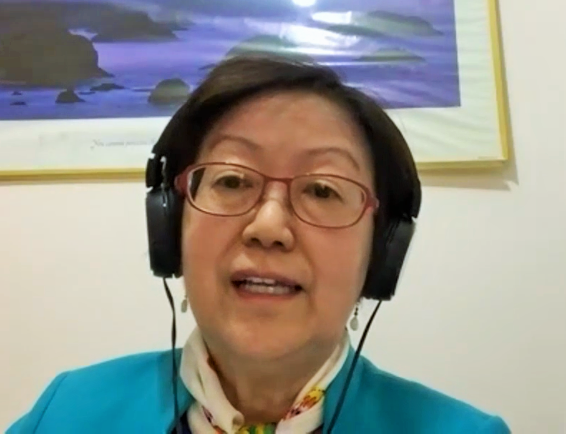 Councilmember Margaret Chin moderated parts of the City Planning Commission's hearing on the Soho/Noho rezoning last month, above. However, last week, her deputy chief of staff appeared before C.B. 2 to present Chin's bill to increase fines for nonartists living in J.L.Q.W.A. units in Soho and Noho.

The bill, which seemingly appeared out of nowhere on Nov. 8<, one day before an eight-hour-long hearing on the city’s Soho/Noho rezoning proposal, would impose a $15,000 fine on J.L.W.Q.A. residents that lack artist certification from the city’s Department of Cultural Affairs.

They would subsequently pay $1,000 monthly, and “not less than $25,000 for each subsequent offense” — although the 181-word legislation doesn’t attempt to qualify what would constitute a “second offense.”

The city estimates there are more than 1,636 units designated as J.L.W.Q.A., practically all of them in Soho and Noho.

According to Chin’s office, only four or five people across the entire city requested artist certification in the past year. The office doesn’t know how many units are noncompliant with the J.L.W.Q.A. requirement.

Chin’s office has offered contradictory explanations as to the legislation’s intended goals.

“Right now the fine is for $1,250, and that’s why we have multimillion-dollar sales going on, and they’re not contributing back to the community,” Chin said back in November. She said she hoped her bill would “deter some of the sales,” adding that “we do want to preserve some of these J.L.W.Q.A.’s for artists.”

At a heated Community Board 2 meeting last Thursday, Chin’s deputy chief of staff, Kana Ervin, said she wanted the bill to provide “some sort of remediation, whether that be a conversion legally through [the Department of Buildings] or assisting people with being certified so they are conforming with the requirements now.”

In other words, according to Ervin, the bill would incentivize long-term Soho and Noho noncertified-artist residents to become “legal” — either by obtaining an artist certification or by paying a proposed $100-per-square-foot “flip tax” to convert the unit to residential, with the tax revenue going to fund a future “arts fund” for Downtown Manhattan.

But community members voiced a myriad of problems with the proposal. They said the bill doesn’t take into consideration the difficulties involved in obtaining an artist certification or the underlying complications with converting a J.L.W.Q.A. unit to residential use.

“It’s rather putting the horse before the cart,” said Assemblymember Deborah Glick.

Glick pointed out that the state’s legal definition of “artist” hasn’t been modified since at least the 1980s, and would leave out a large number of community members.

Sean Sweeny, the director of Soho Alliance, slammed the artist-certification process as dysfunctional. He pointed to the cases of two artists he knows who were denied by the city agency — one whose art qualified as “commercial” and not “fine art” and the other because she sold her work through “word of mouth” and “did not participate in the gallery system, and was thus not part of the cool Soho 1970s art “scene.”

The definition of “artist” by the Department of Cultural Affairs (D.C.L.A.) is determined by the state, a fact that appeared to be news to Councilmember Chin when she asked city agency commissioners at the Nov. 9 hearing, “Why aren’t you thinking about expanding the definition of artist?”

Assemblymember Glick said she would “definitely” look into expanding the definition — but  noted that the Assembly isn’t in session until January. And, she added, she hasn’t received any word from city agencies “about what kind of changes they would be comfortable with.”

She said that to put the bill in place before she has a chance to expand the “artist” definition “is inappropriate and damaging to some people who are longtime residents.”

“Yes I could help with that, if anybody had given me any warning,” she said, clearly miffed.

In her defense, Ervin said she was open to modifications to the bill, including allowing it to go into effect after the state’s laws have been changed, and allowing succession rights for the children of certified artists.

She also pointed out that, according to D.C.L.A.’s own guidelines, the certification process is surprisingly simple, and “the longest it would take for an artist to get certified is one to three weeks.”

Anecdotal evidence contradicts that assertion. One community board meeting attendant mentioned that his wife had applied for certification back in June but was still waiting to hear back more than five months later.

D.C.L.A. did not respond to multiple requests for comment from The Village Sun regarding expanding the definition of an artist or the certification process.

Ervin also clarified that, regarding tenants, the $15,000-plus fee should be paid by owners and landlords, not by renters.

In response, Glick said, “If it is an owner who gets the $15,000 fine, that is essentially putting a target on the back of the tenant — and perhaps would be grounds for an eviction.

“I would hope that the plan isn’t to incentivize displacement,” she added.

Ervin made clear that she plans on incorporating community feedback into an amended version of the legislation. But given that Chin leaves office in two weeks, the bill would, if modified, most likely be kicked into the next City Council session.

A representative for Christopher Marte, who is succeeding Chin in the Council, confirmed to The Village Sun that Marte would “definitely scrap [Chin’s bill] altogether and pursue other more reasonable paths to legalization.”

“I feel like I’m a bit in the ‘Twilight Zone’ here,” said C.B. 2 member Carter Booth. “You’re focused on the penalties and not [on] helping people. And nobody to my understanding has reached out to the state electeds to work on this.”

Another board member, John Paul DeVerna, wanted to know what steps had taken previous to the bill “to incentivize people” to get into compliance, before “putting a gun to their heads.” Chin’s staffer had no answer.

In an attempt to ease residents’ concerns about the prospect of paying the high fee, Ervin pointed out that, according to the Department of Buildings, the agency responsible for enforcing noncompliance with the artist-residency requirement, only 12 violations have been recorded in the past decade.

“This law has been on the books for a long time,” she said. “I don’t think [increasing the fine] is equating that there’s going to be more enforcement.”

Ervin implied that enforcement is triggered by multiple 311 calls, which would alert D.O.B. to conduct an inspection.

That was also cause for concern for board members, such as Eugene Yoo, who asked if this would prompt “neighbors to snitch on neighbors that they don’t like” by making a phone call.

Yoo also raised concern over the $100-per-square-foot J.L.W.Q.A.-to-residential “flip tax,” saying the figure was based on flawed calculations by the Department of City Planning.

Based on a Freedom of Information request filed on behalf of the board, he determined that D.C.P. arrived at the number after analyzing 10 years of data on Streeteasy, which showed that J.L.W.Q.A. sales brought in on average $100 less per square foot than non-J.L.W.Q.A. sales in the neighborhood.

However, Yoo said, “All they did was look at the gross sales data. When we reclassified the sales, and took out the outliers, we found that the actual medians were much closer.”

Based on his own calculations, there was only a $20 difference between the two types of sales, which, in his opinion, delegitimizes the premise of the flip tax.

Ervin made clear during the C.B. 2 meeting that Councilmember Chin has no intention of withdrawing her legislation, meaning if it has any chance of passing it will go to a vote in the next two weeks.

“There are so many inconsistencies” with the bill, Community Board 2 Chairperson Jeannine Kiely told The Village Sun. “Is the objective to go on a witch hunt” by letting neighbors report each other to 311 “or to incentivize conversion?”

Keily pointed out that many of the objections raised over Chin’s bill are described in detail in section three of the community board’s July resolution opposing the Soho/Noho/Chinatown rezoning.

In response to the bill, C.B. 2 sent a letter to the City Council objecting that the legislation “fails to ensure the promised seamless J.L.W.Q.A.-to-residential conversion,” and “flies in the face of all previous assurances to the Soho Noho community and C.B. 2 that the multiyear engagement process for the rezoning would solve this decades-old problem.”

The board’s letter also detailed 43 questions raised at the board meeting, ranging from “Can you explain why this bill deserves any support from the community?” to “WHY enact this new legislation (and increase enforcement) before there is a pathway to [residential] legalization?” to “EXACTLY WHY was this bill introduced in the heat of the final push on the rezoning?” and, simply, “What is the goal of increasing the fines?”

Ervin, Chin’s chief of staff, did not respond to multiple requests for comment and clarification on any of these questions from The Village Sun for this article.