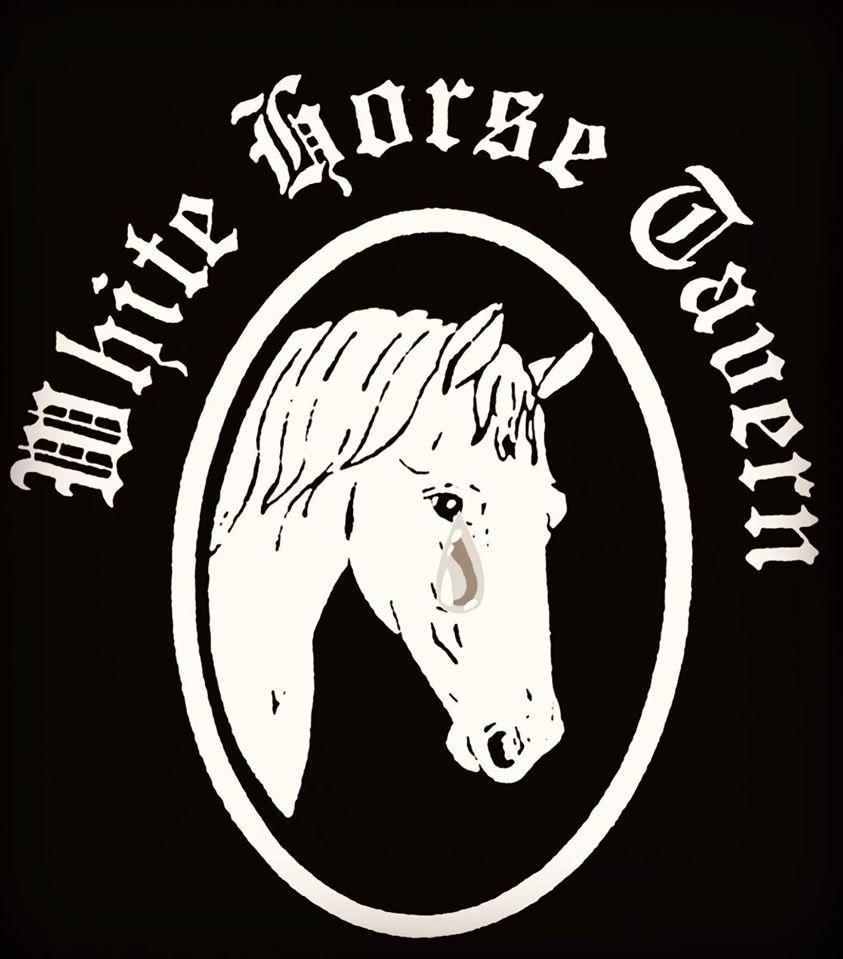 The White Horse posted this image of a crying horse on its social media after the S.L.A. suspended its liquor license on July 8. (Facebook)

BY THE VILLAGE SUN | If The White Horse Tavern reopens, it will be on double secret probation.

The reference to the classic comedy flick “Animal House” is apt since, well, the West Village bar was basically raging out of control earlier this summer, according to the State Liquor Authority and Sixth Precinct police.

Now, the historic bar is at risk of being closed for good if it slips up just one more time.

The S.L.A. shut down the legendary watering hole on July 8 — summarily suspending its liquor license — for “recklessly violating protocols” intended to stop the spread of COVID-19.

The violations included setting up a sidewalk bar and generally encouraging a “street party” atmosphere, among other things, against the governor’s executive orders.

Fast-forward to this week: On Aug. 12 the S.L.A. held a special meeting to consider allowing bars whose licenses have been suspended during the pandemic to reopen if they agree to certain conditions, plus pay a fine.

In the case of The White Horse, the S.L.A. commissioners decided that its owner, Eytan Sugarman, would have to pay a $50,000 fine, that the place also would have to close at 11 p.m. every night (or else), that no music would be allowed and that a platform for outdoor dining would need to be rebuilt in a safe manner.

Vincent Bradley, the S.L.A. commissioner, has personally been inspecting many licensed premises as part of the multiagency task force set up by Governor Cuomo for enforcement during the pandemic. Bradley said that, in fact, the majority of operators — even those that aren’t violating COVID-19 safety regulations — are flouting the New York City curfew of 11 p.m. for outdoor service for bars and restaurants.

He noted that the city’s 11 p.m. curfew for nightlife would likely continue “for quite some time.”

Bradley said that any operators with violations who are allowed to reopen must be strictly held to closing at the curfew or they will lose their licenses for good.

“If they violate the 11 p.m. curfew, their license is going to get canceled,” he warned. “You’ve gotta be shut, period, at 11. And if you’re not and we find you open, you’re going to be closed permanently. Based on my observation, being out there, that’s an enormous issue. They are not shutting at 11 o’clock — even ones that are in compliance.”

Bradley stressed that, in the case of The White Horse, at this point, there is zero wiggle room on the issue of abiding by the 11 p.m. curfew. Basically, the bar cannot screw up again and must not stay open past the closing time.

“And if they cannot do it, they will be shut down again,” he warned, “and that will be the end.”

“I think this place is pretty egregious — several days of violations,” he said, disapprovingly. “I think a point needs to be made here.”

In fact, The White Horse’s penalty was the steepest by far, at least double that of other scofflaw bars that were on the S.L.A. agenda on Aug. 12 to be considered for reopening.

Bradley and the S.L.A. counsel added that a platform that The White Horse built in the gutter as a sidewalk extension for outdoor service also must be rebuilt so that it doesn’t block the turning lane in the street. The previous platform had posed a hazard, according to the S.L.A.

In addition, the commissioners decreed that the Hudson St. bar would not be allowed to have any tunes playing since it could breed a party atmosphere where people are not observing social distancing.

“I don’t want them to have music, period,” Bradley said. “I’m not interested in closing the place permanently, and if they have music, I have concerns that that’s where we’re going to end up.”

For her part, however, Lily Fan, another S.L.A. commissioner, was skeptical that the iconic Village bar could actually rein in its bad behavior and change its ways.

“This is one where I’m not really sure if they can get into compliance moving forward,” she said.