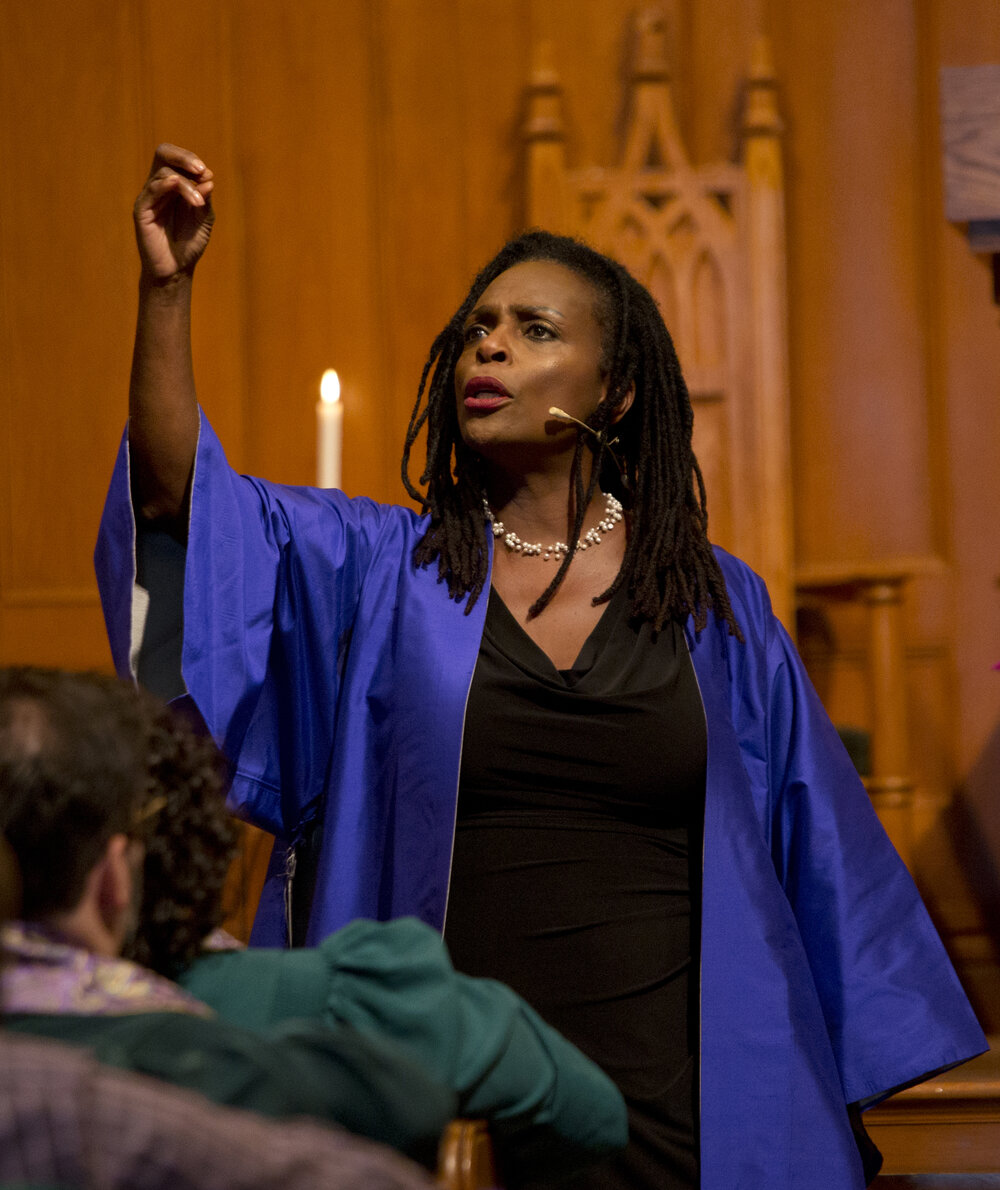 ‘We are burned but not destroyed’: Middle Collegiate minister vows church will rise, rebuild

On Saturday, a week after Middle Collegiate Church was gutted by raging flames, Reverend Jacqui Lewis, the church’s senior minister, issued an update in the wake of the devastating fire.

The blaze’s origin has been determined to be electrical, having started in the building that stood next door, Lewis said.

As for the historic church, at Second Ave. and E. Seventh St., its famed Liberty Bell remains, but must be assessed for damage. However, the eastern wall of the church’s sanctuary must come down.

It’s been one week since a fire took down our sanctuary. The Fire Marshal has concluded their investigation, but we do not yet have the official written report. What we’ve been told is: It has been confirmed that the fire originated in the building to our north and the cause was electrical in nature. We will have more to say to our community and to the press once we see the official report. In the meantime, we offer prayers of thanksgiving that there were no fatalities.

We’re grateful to the FDNY for their fine work in this case, and for the collaboration between the NYPD, the Department of Buildings and all the agencies and entities who are helping us move through this difficult time. We’ve been sustained by the love, prayers and support that have come to us from across the nation and around the world. Truly we are a church whose community includes the globe; thank you, we love you, too.

As a further update: The demolition of the building to the north is complete; our sanctuary debris is being cleared right now. The east wall of the sanctuary (the one in which the “dove” window lived) has to come down in order to stabilize the site. Our facade is still standing, and the Liberty Bell remains in the north tower. It has been viewed through the slats in the tower, but we don’t know its condition. We’ll let you know when we do.

Our movement of love and justice is more important than ever. We are burned but not destroyed; we’ve been gutted but we will rise. To help us as we recover, rise and rebuild, go to middlechurch.org/Rising. And, share our story here.

If anyone has photos or information about anything regarding the fire, Middle Church would like to know about it. Please contact Rev. Amanda at ahashcraft@middlechurch.org.

In this season of Advent, please join us for worship tomorrow at 11:45 a.m. EST at www.middlechurch.org.