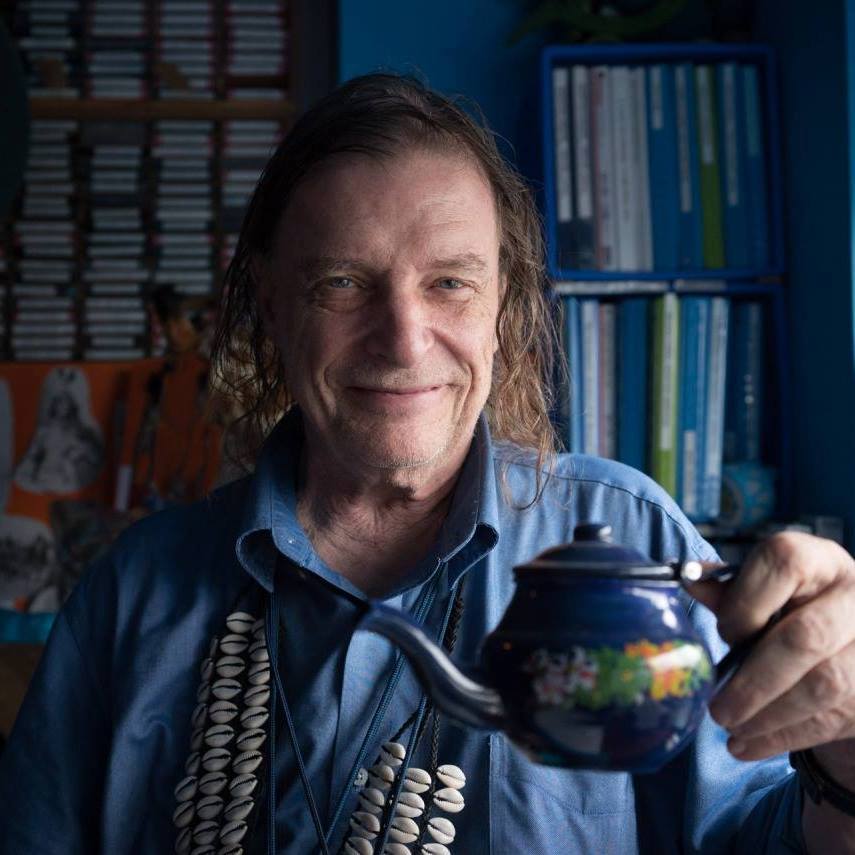 BY LINCOLN ANDERSON | Jean-Louis Bourgeois said a recent report claiming he wants to keep his Weehawken St. building rather than donate it to Native Americans is false — although he admitted he didn’t actually see the article.

On Nov. 3, the New York Post wrote that Bourgeois — the scion of famed sculptress Louise Bourgeois — had “reneged” on his plan to give the Village building to the Lenape tribe, Manhattan’s original inhabitants. The plan had been for the Lenape to use the building as a prayer house. The property is reportedly valued at $5 million.

Bourgeois, 79, had been dealing with Anthony Van Dunk, 56, a former chief with the Ramapough, a part of the Lenape nation. However, Van Dunk was quoted by the Post saying, “We were in his bedroom talking — he would always have meetings in his room — and he just told me, ‘Look, I’m married to this building. I’m not going to give it away.’”

There also had been feuding among the Lenape over whether Van Dunk, a Brooklyn resident, was the proper point person to take control of the 6 Weehawken St. property.

The Village Sun visited Bourgeois on Sat., Dec. 21, in N.Y.U. Langone Hospital, where he said he was recovering from a mild case of pneumonia.

Speaking from his hospital bed, Bourgeois said he never even saw the Post article.

But he said the situation with the Lenape was indeed murky.

He explained, though, that he does want to “give the building to a group — but it doesn’t have to be the Lenape.”

Bourgeois actively helped the Lakota, part of the Sioux Nation, in their struggle at Standing Rock against the Dakota Access Pipeline. For his efforts, in May 2017 he received an honorary Sioux name — Dream Keeper — in a special ceremony at Cold Spring, N.Y., in Hudson Valley, where the Village resident also spends time.

Asked by The Village Sun if he could conceivably give the house to the Lakota, Bourgeois answered, “I think that’s too far away.”

How about another East Coast tribe then? Yes, he said, that would be more like it.

“It’s complicated,” he said, “but I would like to give it to a competent group.”

Bourgeois said he’s more than happy to discuss the building with any interested Native American groups not located too far away from New York.

Van Dunk did not respond to a request for comment for this article.

This writer first reported on Bourgeois’s plan to give the building to the Lenape back in October 2014.

Another interest of Bourgeois’s is politics. He remains an Elizabeth Warren supporter as he has been for some years now. Pasted on the wall in his hospital room was a front page of Metro, the free daily, with a photo of Trump and the headline “IMPEACHED.”

On the white board across from the foot of Bourgeois’s bed, two items were written in black marker under “Plan for the Day”:

The site Ephemeral New York has a good roundup of the colorful history of 6 Weehawken St. Built on the former site of Newgate Prison, it was constructed by the city as part of a large market, later becoming, among other uses, a boat builder’s shop, a clam broth house, a pool hall, a saloon and an adult video store. It stretches through the block to West St. At one point, Bourgeois had wanted to turn the structure into a water museum with a cavernous shaft going down into the earth.

Whether the building’s next installment will be as a Native prayer house remains to be seen. Interested tribal representatives should contact Bourgeois.