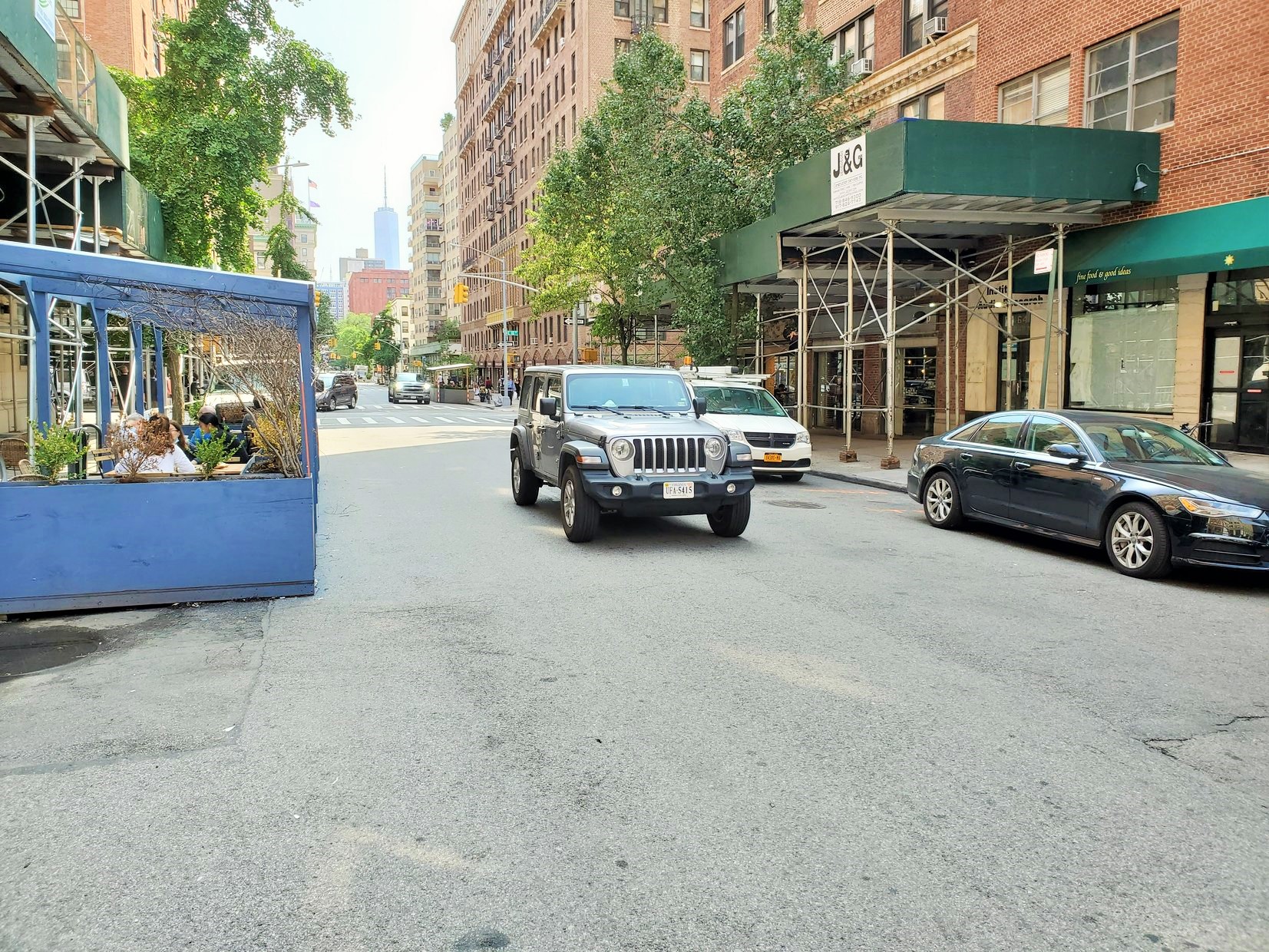 Momentum seems to have slowed for the push for a bike boulevard on University Place. (Photo by The Village Sun)

BY LINCOLN ANDERSON | The city has slammed the brakes on a planned virtual workshop for a possible University Place bike boulevard — and, in fact, the entire project could now be in limbo.

The online workshop had been set for Nov. 10. However, on Nov. 9, William Kelley, the executive director of the Village Alliance business improvement district, sent out an e-mail addressed to “Central Village Neighbors,” announcing the event had been postponed.

Kelley also shared a statement he received from the city’s Department of Transportation, which read: “D.O.T. is still in the process of developing potential design concepts to expand public space and increase safety on University Place. We look forward to additional outreach to community partners this winter, when we will be further along in our analysis.”

Kelley added that the BID would reach out to locals when the workshop date has been rescheduled.

On Oct. 28, D.O.T. did an in-person workshop on the bike boulevard, holding it outdoors on University Place. There was a strong turnout by residents from 12th and 13th Streets who oppose the project. A subsequent virtual workshop had been planned for Nov. 10, but Kelley at the time said D.O.T. actually had decided it wanted to push the second event off a bit and firm some things up more on its end.

Meanwhile, Shirley Secunda, the chairperson of the Community Board 2 Traffic and Transportation Committee, on Tuesday told The Village Sun that the bike boulevard plan is being “put aside” for now.

“I just was told by D.O.T. that they’re putting aside the University Place study for now,” she said. “No other dates given. Maybe next year.”

As for what exactly a bike boulevard on University Place would look like, Secunda said there never really was a clear plan, and that a previous presentation at a C.B. 2 meeting this past June was mainly done for community outreach.

“There never was a plan,” she said. “Just outreach for feedback.”

While the plan was vague, opposition to it among many locals was vehement. University Place, which is less than 10 blocks long, is currently a relatively quiet, low-traffic street. Residents feared the bike boulevard would make the street noisier, especially at night, if it included tables and seating for people to hang out, as well as more dangerous for pedestrians due to a two-way bike lane.

One University Place small business owner told The Village Sun he thought the bike boulevard was silly and would hurt his business.

“They got a cell phone in one hand and a gelatta in the other,” he scoffed of cyclists. “They’re just looking for the next protest.”

Bike lanes, though, definitely do make the streets much safer for cyclists. In the absence of a University Place bike boulevard, cyclists currently can use the nearby downtown bike lane on Fifth Avenue and the uptown bike lanes on Sixth and Fourth Avenues.