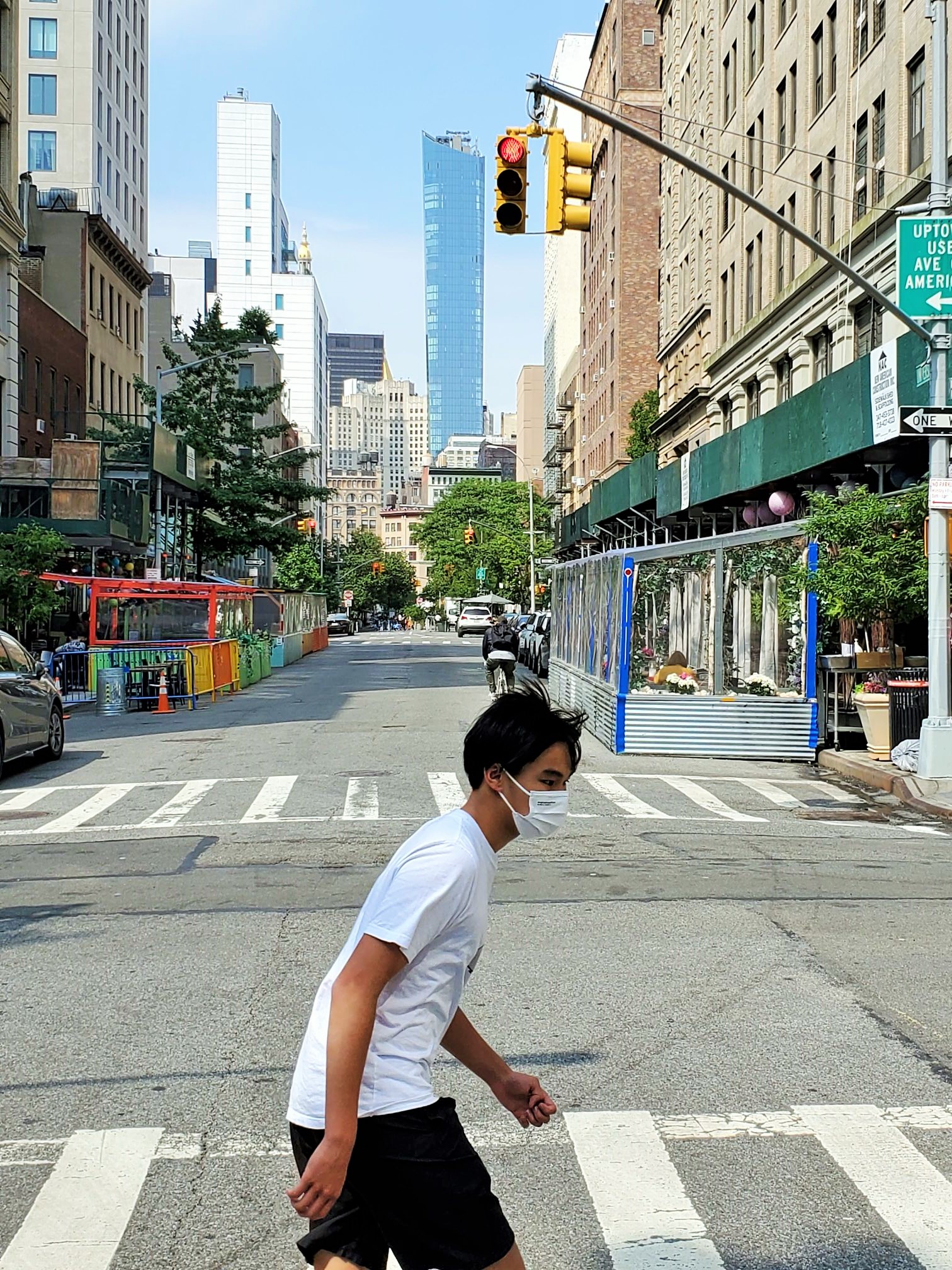 A proposal for a bike boulevard on University Place reportedly has not progressed very far from this past summer. (Photo by The Village Sun)

BY THE VILLAGE SUN | Updated Oct. 28, 10:20 p.m.: The Department of Transportation, along with the Village Alliance business improvement district, will be holding two community workshops to gather more input for a study of University Place for a possible two-way “bike boulevard.”

That will be followed by a second workshop that had initially been scheduled for Wed., Nov. 10, from 6 p.m. to 8 p.m. on Zoom. However, on Thursday William Kelley, the executive director of the Village Alliance BID, said D.O.T. has decided to push back the virtual meeting another week. D.O.T. will be providing the meeting link for Community Board 2 to share with the community.

According to Kelley, the design ideas that will be shown at both workshops are concepts only. The comments received at the two events will then inform a “draft roadway design” that will be presented for review and comment by the public at a C.B. 2 meeting during the winter.

D.O.T. had been expected to collect data for the proposal over the summer, but apparently that was not done. According to the C.B. 2 Traffic and Transportation Committee, a D.O.T. representative indicated earlier this month there are currently no final proposals, which is why the agency is seeking additional feedback.

Back in June the agency did a preliminary presentation to the C.B. 2 committee — though, at the time, officials said it was not a final plan. However, the reaction from area residents who attended the virtual pitch was overwhelmingly negative. Washington Square Park’s midnight closing time still was not being enforced then and the park was a raucous late-night scene.

Noting that cyclists aren’t always quiet, the Villager complained about “electric bikes with boomboxes on them.”

Some residents, dreading the bike boulevard and the noise they feared it would cause, noted they had specifically moved to the University Place area because it was a relatively quiet part of the Village. They also said the street has a small volume of car traffic.

However, one local begged, “Please do not put tables and chairs out there. It’s already loud.”

Similarly, another resident said, “I’m on the 13th floor and I can hear word-for-word conversations by the students late at night.”

Another resident said, “I’m concerned about skateboarders, not just bikes, going up on the sidewalk. It’s dangerous,” adding, “I think you’re trying to put something in based on desire and not on need.”

Residents asked if there would be “crossing guards” to assure that cyclists would stop for pedestrians.

“The bikers are a menace,” one said. “We have had to teach our grandchildren to look both ways. Electric delivery bikes are going the wrong way.”

For their part, D.O.T. representatives and advocates contended that University Place is a good spot for the project since it has a low volume of car traffic, which also sometimes causes drivers to speed. They claimed the bike boulevard would slow down speeders.

Also raising concern about the bike boulevard idea were Andrew Berman, executive director of Village Preservation, and Democratic District Leader Arthur Schwartz. Schwartz previously filed lawsuits on behalf of locals to block the 14th Street no-cars busway. Both activists criticized Mayor de Blasio’s track record of springing done-deal — or “fully baked,” as Berman put it — projects on the community and then ramming them through.

One University Place small merchant, who declined to give his name, polled a few weeks after the C.B. 2 committee meeting, was dismissive of the whole idea. He feared the impact the bike boulevard would have on his business.

“The politicians don’t know a f—ing thing,” he groused. “They’re not in the real world. They have no idea what’s good for merchants.”

As for the cyclists who would ride on a potential bike boulevard, he scoffed, “They got a cell phone in one hand and a gelatta in the other. They’re just looking for the next protest.”