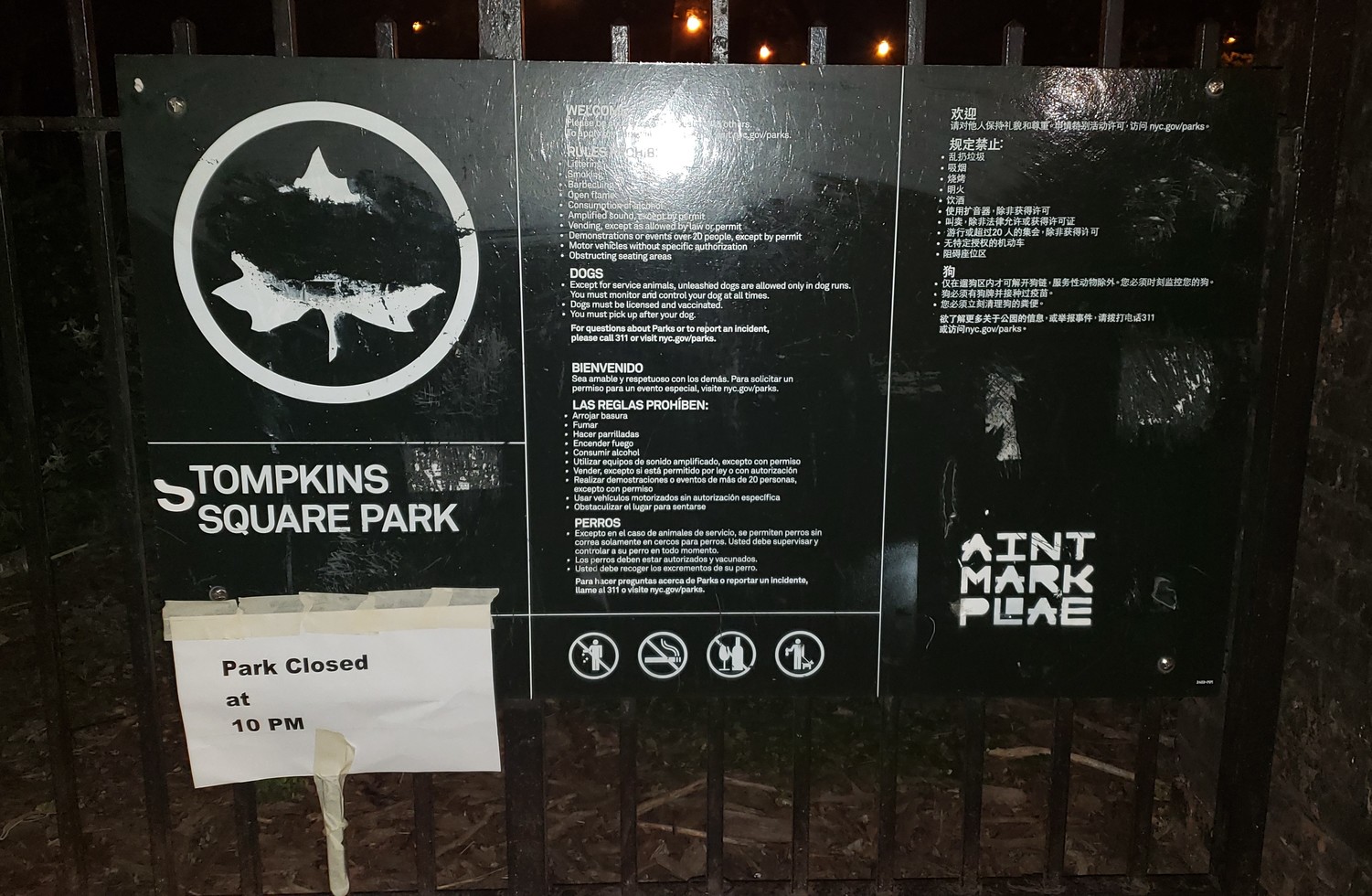 Tompkins Square now closing at 10 p.m., too, at least officially

You need a scorecard to keep up with this.

However, while the gates at Tompkins were locked early Friday night, less than two hours later, at least one of them was back open again, and groups of people, including a skateboarder, could be seen walking through the place.

According to one report, the police decision to impose the  Tompkins early curfew was made without any notification to the Mayor’s Office, the local councilmember or the public.

On the other hand, the Washington Square Park weekend curfew, which went into place two weekends ago, had been discussed publicly at Community Board 2 meetings. The idea for that 10 p.m. curfew came from a discussion between the Parks Department and Sixth Precinct, prompted by neighbors’ complaints about loud late-night parties in the park, as well as drug use in its northwest corner.

However, police did not enforce the early curfew this Friday in the Greenwich Village park, similar to what happened last Sunday. Last Saturday, young parkgoers there had clashed with police after being told to leave the park at 10 o’clock, resulting in 23 arrests.

A Parks Department spokesperson did not immediately respond to a question asking exactly which nights the Tompkins early curfew would be in effect. The posted signs do not specify. The Washington Square Park 10 p.m. curfew is specifically Fridays through Sundays.