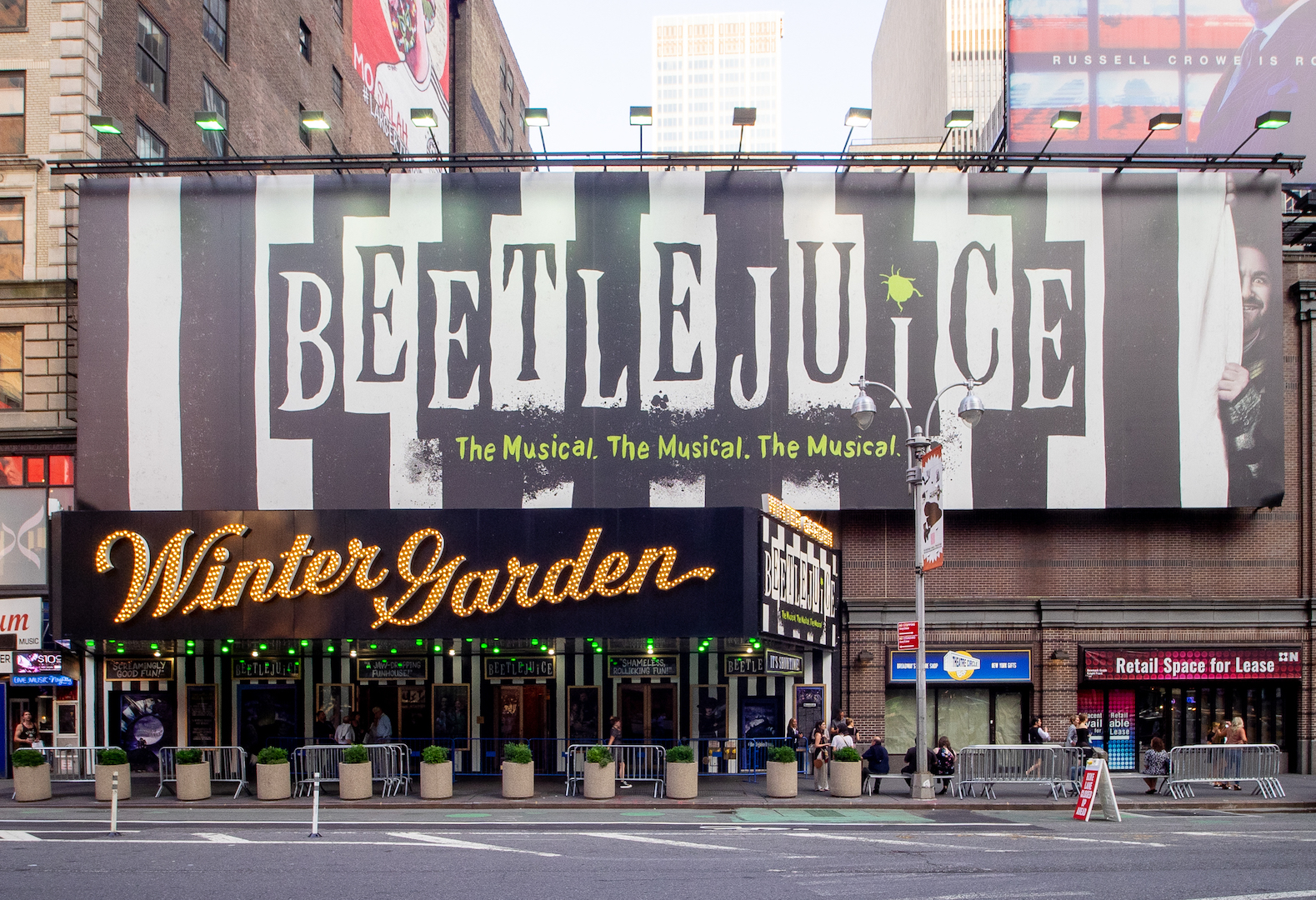 The show must NOT go on: Cuomo drops curtain on Broadway, bans big gatherings

BY THE VILLAGE SUN | Taking aggressive steps to curb the spread of coronavirus, Governor Cuomo on Wednesday ordered Broadway theaters to shut down at 5 p.m.

An usher at two shows, “Who’s Afraid of Virginia Woolf?” and “SIX,” has tested positive the theaters’ operators said.

In addition, Cuomo banned gatherings of 500 or more people, saying they should be canceled or postponed. This rule, for example, will apply to sports and concert venues — such as Madison Square Garden — and museums, in addition to Broadway theaters.

But the major indoor sports leagues have already shut things down, anyway. On Wednesday, the NBA suspended its season, and the next day the NHL “paused” its own.

And the governor said that for “congregate spaces” — where people gather, such as restaurants and movie theaters — with a maximum capacity of 500, the seating capacity must be cut by 50 percent, so that there is more space between people. “Density reduction” is the goal of this regulation, set to go into effect on Friday at 5 p.m.

The rules reportedly also don’t apply to work offices because they have more divided spaces.

“The spread of this coronavirus is not going to stop on its own, and we know that mass gatherings have been hot spots for the virus to infect large numbers of people quickly,” Cuomo said. “We will continue taking aggressive action to protect public health and prepare for any future spread of this virus.”

Dr. Howard Zucker, the state Health Department commissioner, added, “Public health experts have been clear that limiting large public gatherings where there is potential for close contact is a critical way to slow the spread of this virus. This regulation will help keep people healthy and safe.”

If businesses can’t follow these regulations and diligent cleaning protocols, they can request an official “close order” from the Empire State Development agency.

On the subject of mass transit, Cuomo denied talk of a shutdown. The state has the legal authority to overrule any locality’s decision to issue an order of mass quarantine or shutdown, the secretary to the governor, Melissa DeRosa, said in a press release.

Cuomo also stressed the importance of testing people for the virus to limit its spread. So far, he has declined to be tested himself, saying he has not come in contact with anyone who is infected.

Most people — about 80 percent — who contract coronavirus will self-resolve, the governor noted.

However, having had coronavirus doesn’t immunize one from getting the bug again, experts warn.

Hospital capacity is another key part of the strategy to fight the virus. The governor stated that, at some point, the decision might need to be made to cancel elective surgeries, which fill about 25 to 35 percent of hospital beds, in order to open up capacity for coronavirus patients.

“We’re not doing that now, but it is something we’re considering in our back pocket,” he said.

Meanwhile, State Senator Brad Hoylman, who represents the Theater District, released a statement committing to ensure the survival of Broadway and small businesses.

“It is now clear that COVID-19 poses a massive threat not only to our health but also to the long-term future of our beloved city,” he said. “This is an unprecedented crisis.

“Broadway theaters, small businesses and community gatherings are part of the civic fabric that makes New York City the greatest place in the world,” Hoylman said. “They employ tens of thousands of New Yorkers, many of whom are middle-class union workers. They need our help.

“As we follow the much-needed guidelines set out by Governor Cuomo this afternoon, we now have to do everything possible to keep Broadway alive after this epidemic and support the local businesses that are the lifeblood of our city.”