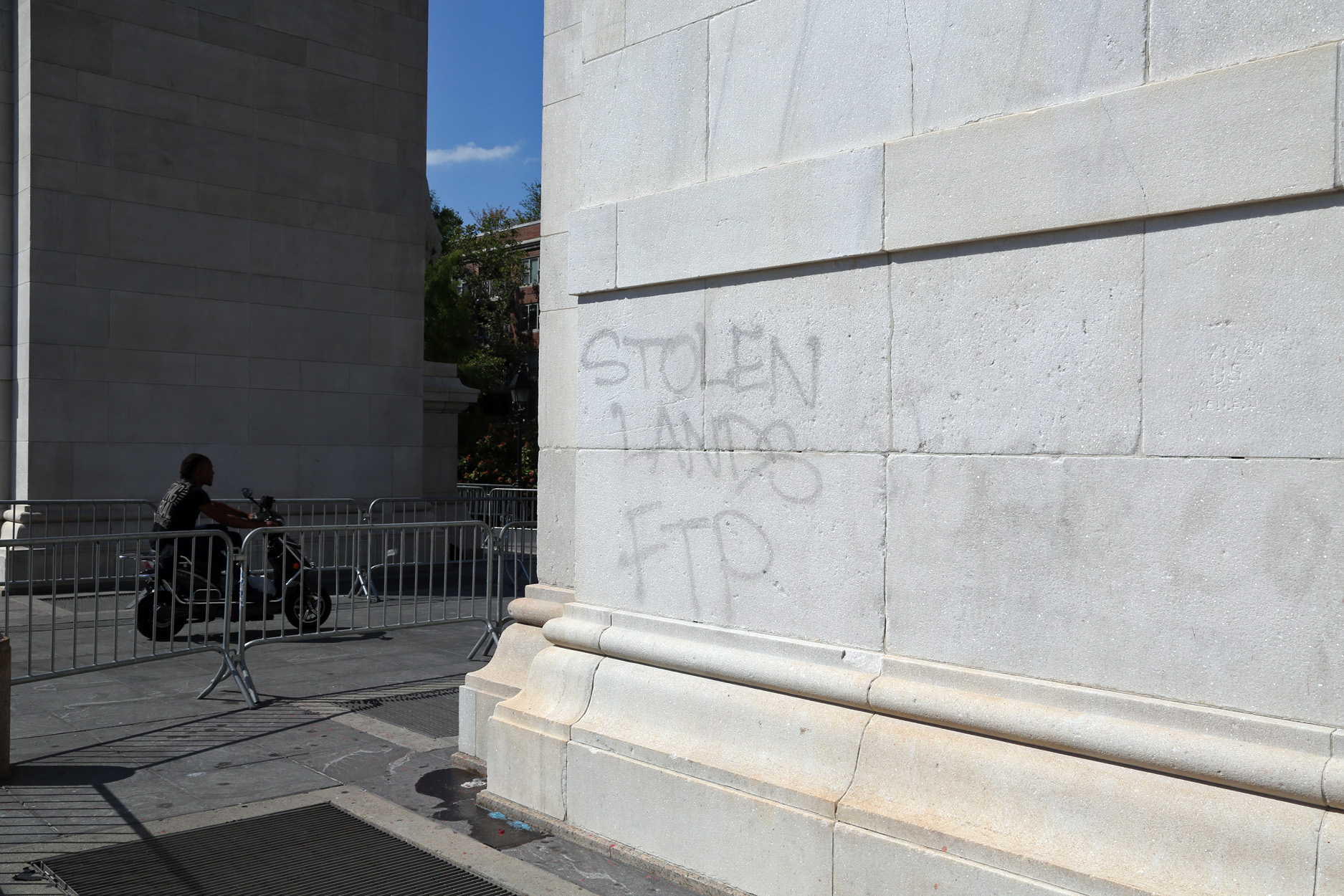 A graffiti "ghost" on the Washington Square Arch. In case anyone still doesn't know at this point, "FTP" stands for "F--- the police."(Photo by © Jefferson Siegel)

The historic Washington Square Arch has taken quite a beating during the recent protests.

Its two George Washington statues were splattered with red paint at the end of June. Parks Department workers quickly power-washed off the offending pigment.

The Village landmark also has been graffitied with anti-cop slogans spray-painted into the porous marble, which are harder to remove. Some faint “ghosts” from the recent graffiti vandalism are still visible on the arch.

A Parks spokesperson explained that, while Parks staff remove graffiti on a daily basis in parks around the city, in this case, they’re going to wait a bit.

“With fragile stone, it’s best to give the material time to absorb and release moisture and sunlight,” she said. “Our monuments crew staff will address ghosting from graffiti on the arch while conducting annual maintenance of the monument in the fall.”