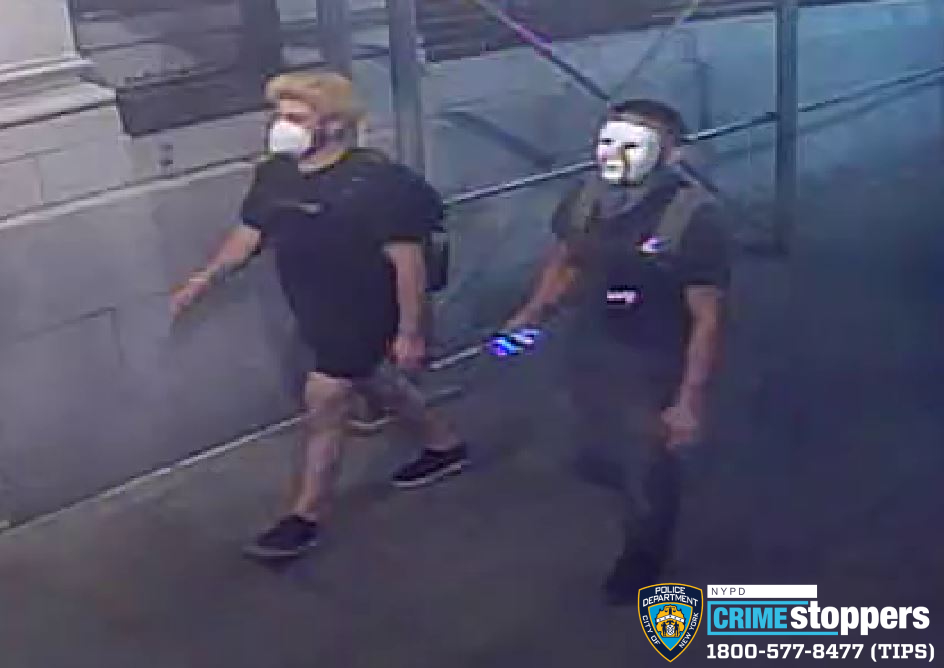 Police said the pair pelted the marble landmark with the blood-symbolizing pigment around 3:20 a.m. on Mon., June 29.

Washington led the Continental Army in the American Revolutionary War and was the nation’s first president — but he also owned hundreds of slaves. He personally was a slaveholder, plus married into a slave-owning family. However, he did free his slaves upon his death, the only Founding Father to do so.

The paint-tossing perps are wanted for criminal mischief.

Following the vandalism, the Parks Department had a worker promptly power-wash the monument.

Because marble is porous and the paint can sink into it, Parks always moves fast to remove graffiti and splashed paint from the arch.