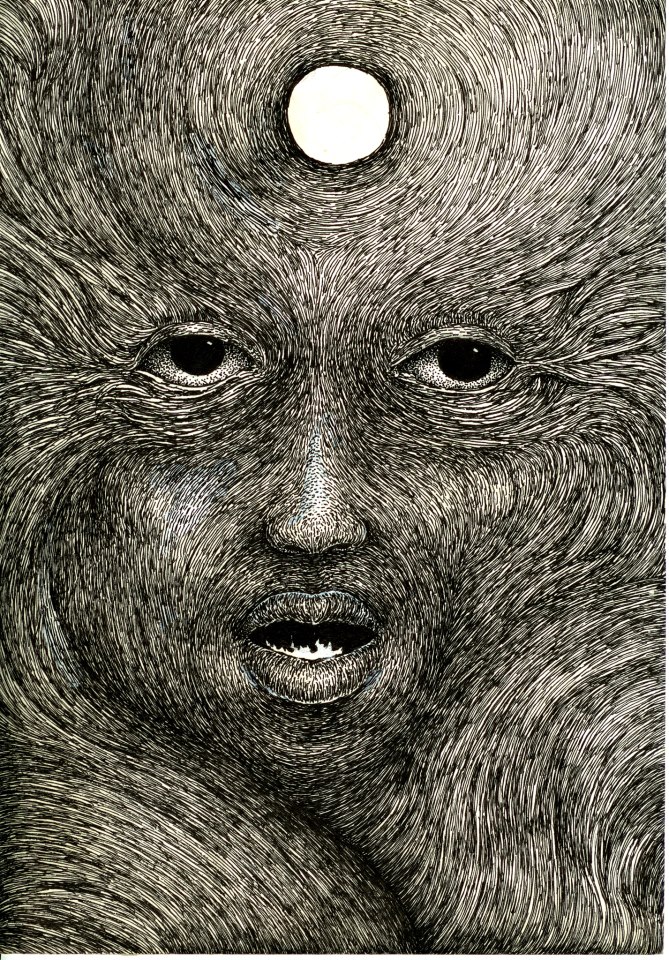 ‘The Fire Inside,’ by Mac McGill

This arresting drawing by East Village artist Mac McGill ran in World War 3 Illustrated, a comic collective published by Seth Tobocman and Peter Kuper. It was a collaboration with Tauno Biltsted for Biltsted’s story “I Am Having Difficulties.”

Biltsted lives at Umbrella House, on Avenue C between Second and Third Sts., the second squatter building that McGill lived in when he came to the neighborhood and and where the two met.

The former squat has since been legalized and brought up to code for electrical wiring and other city regulations.

As for the illustration, McGill, who made it with a Rapidograph No. 1 pen, said it’s called “Fire Inside.”