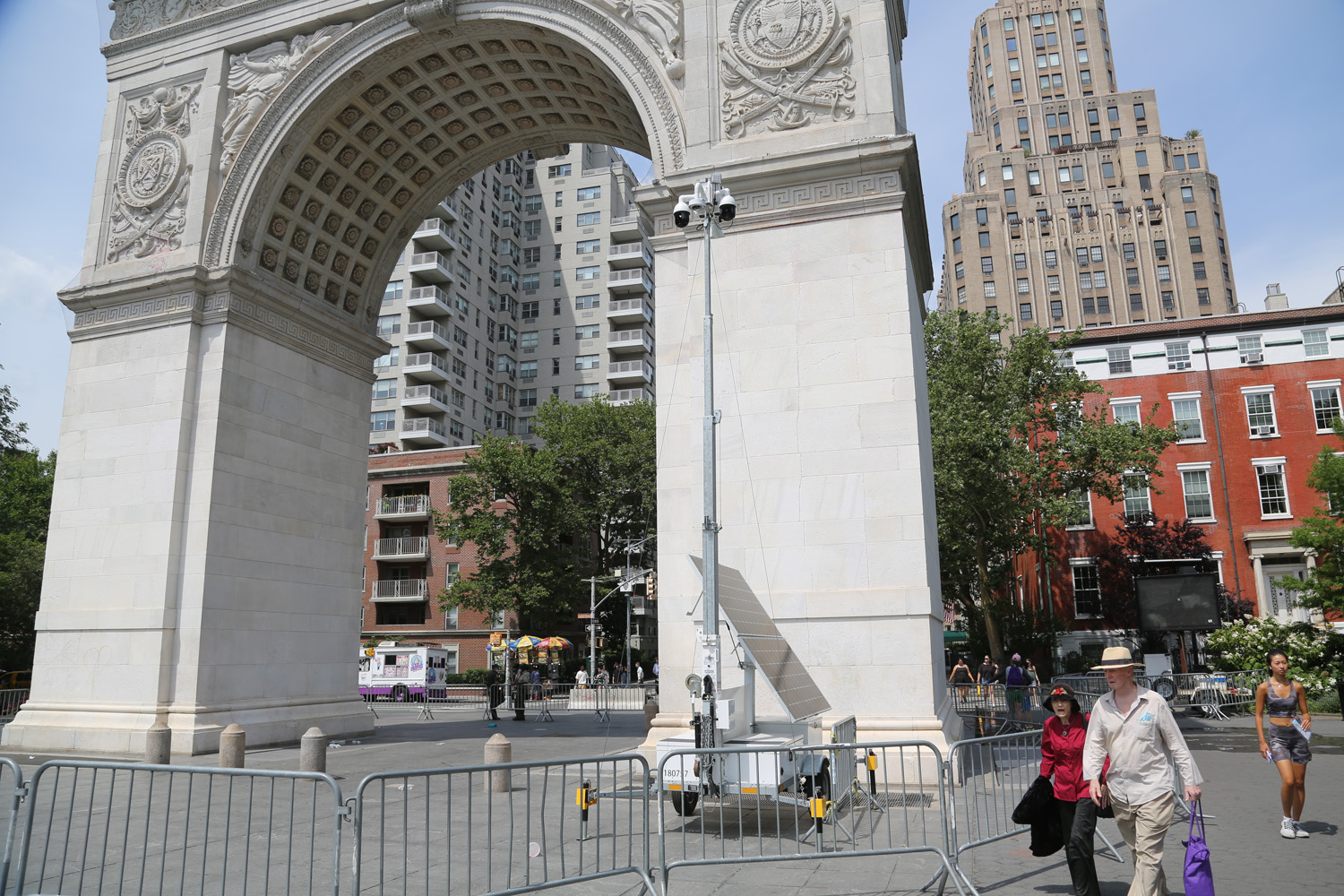 State of surveillance in Washington Square

On Friday, police wheeled a mobile video surveillance tower into Washington Square Park next to the arch. It’s solar powered.

Police might not be doing much enforcement in the park, including of its curfew — but they are watching.