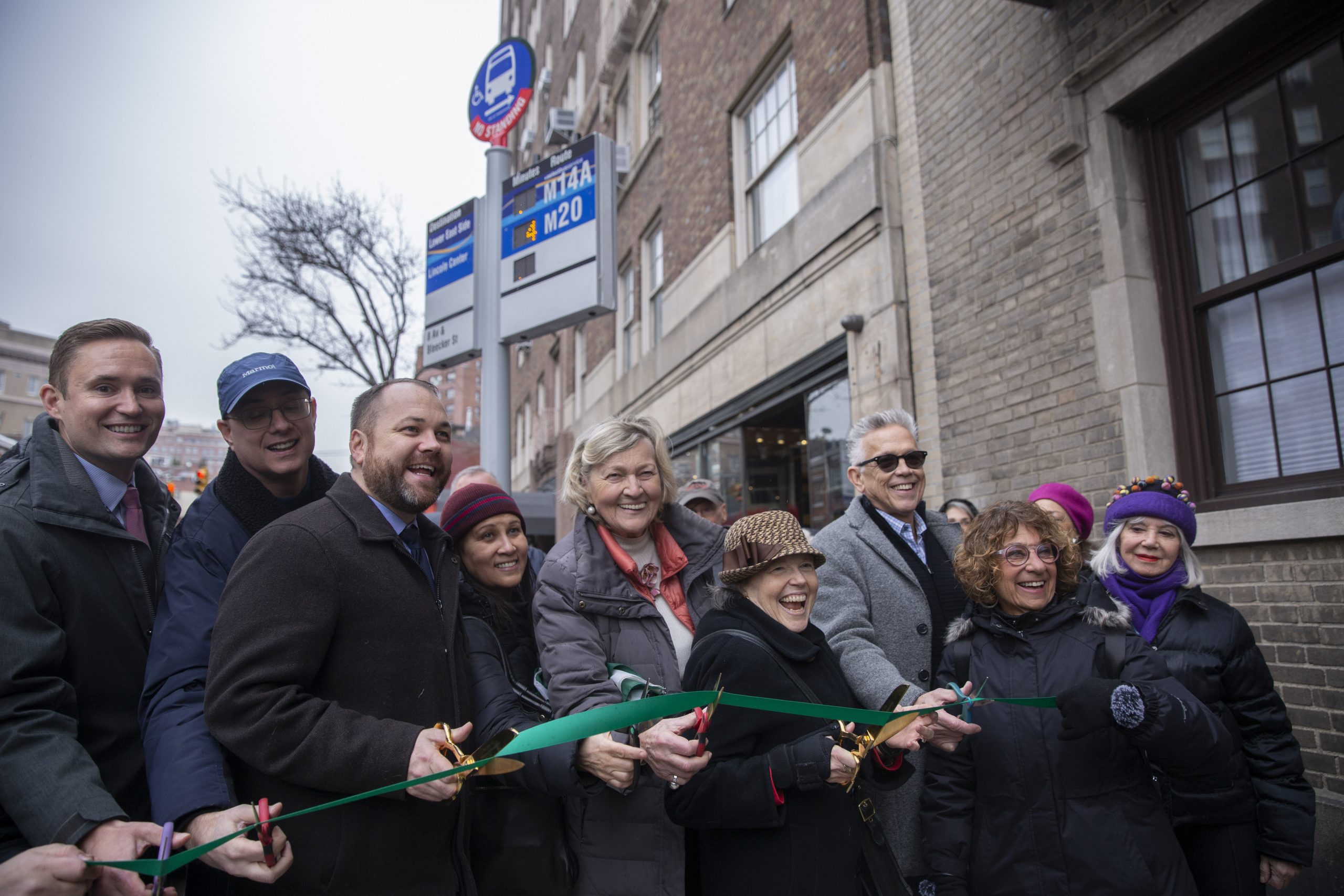 BY THE VILLAGE SUN  | Waiting for the bus just got a little easier and less stressful at a critical transit corner in the West Village.

Constituents voted for the bus clocks as part of Participatory Budgeting for Johnson’s district, which includes the Village, Chelsea and Hell’s Kitchen.

Local activists spoke at the event, and also thanked Johnson and his staff for their efforts to save the Abingdon Square loop of the M14A bus.

The Metropolitan Transportation Authority had planned to cut the Abingdon loop as part of starting Select Bus Service on 14th St., in connection with the 14th St. busway pilot project. But distraught community members protested that the loop is a vital transportation lifeline for the far West Village, especially for older residents and families with young children.

Johnson did not say much specifically about the 14th St. busway at the countdown clock event.

More bus clocks are due to be installed in the district soon. So far, two other locations reportedly have been settled upon, at 10th Ave. and W. 23rd St., as well as Seventh Ave. and W. 10th St.

Johnson’s office is currently working on identifying other spots for additional bus clocks.