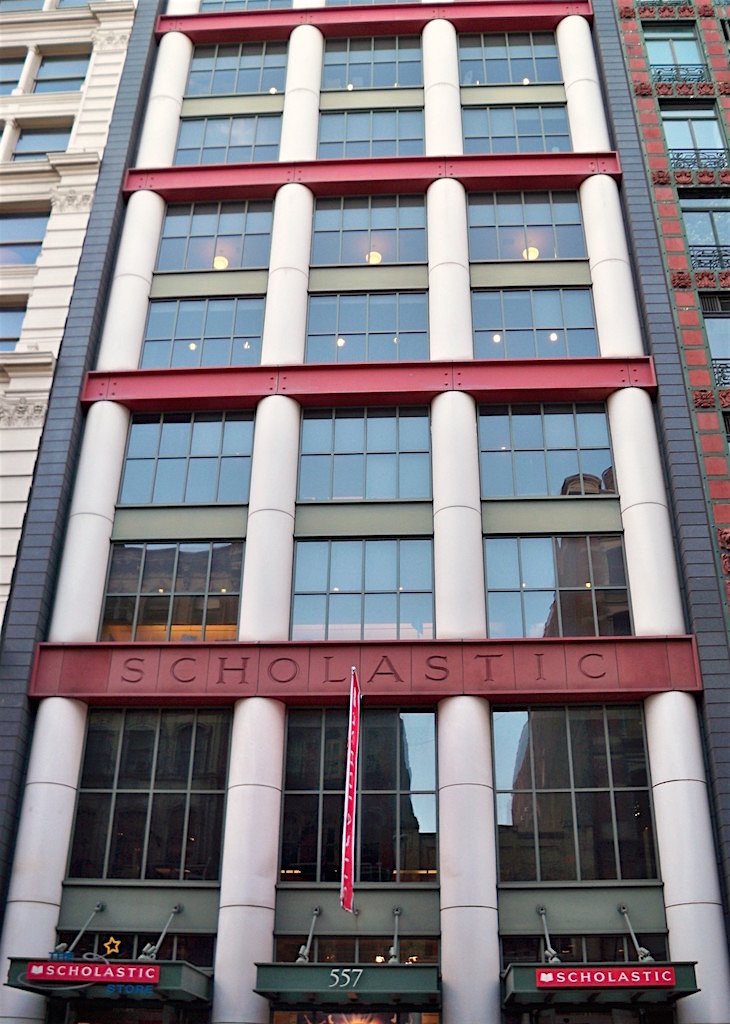 No worries: The writer notes that the Scholastic building, at 557 Broadway, is a new addition to Soho but boasts a contextual design. (Photo by Matthew Bisanz)

Soho’s zoning is broken and needs to be fixed

BY MARGARET D. BAISLEY | Mr. Pincus, I support Mary Rolland’s talking point (“Rezone within reason: Remove Soho’s barriers to retail”). Your story of David and Goliath (“Save Soho from mad stampede of greed”) is an appealing one, but it has nothing to do with real estate in Soho.

Artists moved here to squat illegally in big cheap spaces because New York City was bankrupt in the 1970s. The Joint Live Work Quarters for Artists carve-out allowed residential occupancy by artists in old deserted buildings, because you “manufactured” art. But this zoning has no relevance today. More than 99 percent of residents here are not artists and never could be.

We don’t zone by occupation. We don’t put all the doctors on the Upper East Side, school teachers on the West Side, cops on Staten Island. This is a mixed-use community and it calls for a mixed-use occupancy. Artists are a small part of it. What about the rest of us? You lived here illegally and the laws were changed for you. Now everyone else lives in violation of J.L.W.Q.A. — why can’t the zoning be changed for us?

You want to preserve historic structures? Who’s paying for them? The majority of us owners are working stiffs who converted these buildings to co-ops. I am the treasurer of my building. When we had a problem last year with our elaborate cast-iron cornice, we wrote a check for $65,000 to put up scaffolding in 48 hours. Repairs to the iron work cost $368,000; our roof is costing us $1.2 million. We had to refinance our mortgage twice.

What artists’ building can pay for this? You want to have a union superintendent and handyman? Who’s paying their $100,000 salary? Don’t they deserve a living wage? Our taxes just went up to $1.7 million, shared by 28 unit owners. Do the math — that’s more than $60,000 per loft.  We need big retail to help us pay the bills upstairs. We need everyone to help — artists, middle-class workers, makers, professionals, yes, even a few rock stars, models and millionaires. Stop this myth of the big bad real estate wolf and look at the reality of Soho in 2021.

Mr. Pincus, you are lucky enough to make a living from your art, but for lots of artists who live here, their lofts are their retirement fund. Mary Rolland helped many early artists buy their spaces. You should not denigrate her with personal attacks. Many artists work other jobs if they are not as fortunate as you. Why shouldn’t they have the right to sell to nonartists? Why shouldn’t Mary help them?

I am one who bought 25 years ago. I pay the outrageous tax bills, the repairs, all the other costs, but I am not allowed to live in my own space. How does this make any sense? Soho should be for everyone. The zoning is broken and needs to be fixed.

As for the destruction of Soho, this is another urban myth. No one is tearing down landmarked buildings here. Fear-mongering is self-defeating and cartoons of needle high-rises on Great Jones St. are pure fiction. The City Planning Commission and the Landmarks Preservation Commission’s regulations provide for contextual zoning approvals.

Stand on Broadway and Prince St. and compare the modern Scholastic building (constructed in 2001) with the elaborate cast-iron Singer Building (1906) at 561 Broadway next door. The Scholastic building was the site of a two-story lumber store, torn down to build a great addition to our neighborhood. It was designed by Aldo Rossi, who paid homage to Soho’s cast-iron facades with its white columns, muted colors, 13-story height and contextual bulk — a perfect example of City Planning and Landmarks’ strict oversight.

In my building, landmark regulations are so tough we cannot even put up a directory on our building’s facade — it must be mounted inside the door. Scare tactics about unregulated construction only serve to close our eyes to the need for rezoning that legalizes current uses and plans for reasonable future regulations.

If we need high-rises on the periphery of Soho to support diversity — as called for in the de Blasio’s administration’s current rezoning plan for the neighborhood— this is a reasonable compromise. Soho is not just for artists; we have a moral obligation to welcome diversity to our neighborhood. If inclusionary housing is the ticket that gets Mayor de Blasio to support the rezoning plan, I am willing to buy in.

Mr Pincus, just stop whining about the district falling apart and start thinking about how we are going to preserve and improve what we have and need for the future. I am sorry you might have to move. Not because your co-op board members are ogres, but because the economic realities of 2021 no longer make it possible for them to subsidize your low maintenance anymore. Maybe ask Mary Rolland to find you a nice co-op in Brooklyn.

Baisley is a real estate attorney practicing in Soho.