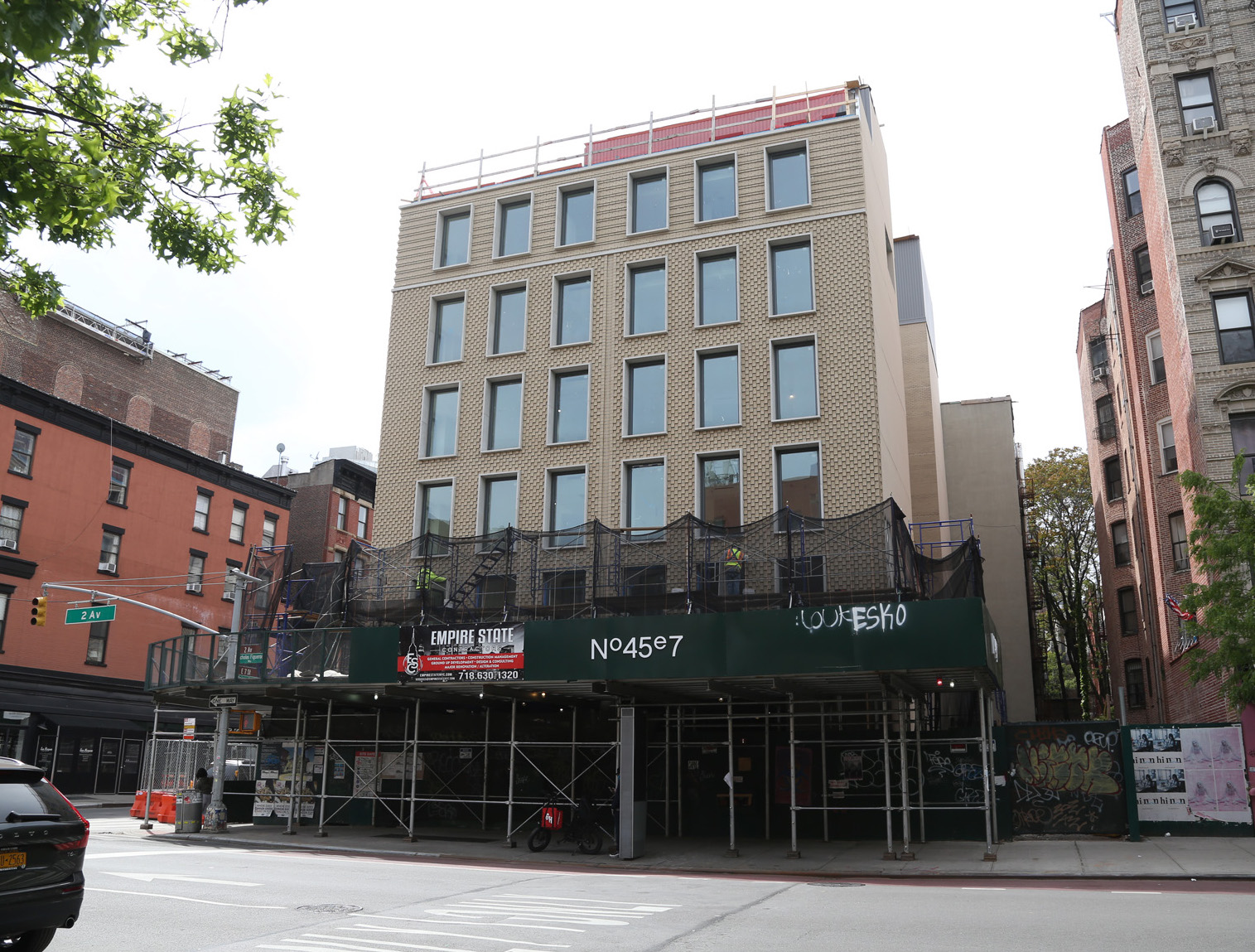 The new building going up on the tragic site of the East Village gas explosion was at its full six-story height when the pandemic hit.

Last November, it was reported that the project, with ground-floor commercial space, would be topped by 21 residential condominium units.

However, perhaps reflecting changes in the real estate market amid the health crisis, 45 E. Seventh St. is now being listed as a rental building — though no units are currently shown as being available in the still unfinished project.

The listing for the address on Apartments.com hypes the area as teeming with “vintage vibes”: “As one of the most iconic neighborhoods in Manhattan, [the] East Village is filled with a creative community spirit and plenty of vintage vibes. If residents aren’t perusing through vintage stores or boutique shops, they’re experiencing the neighborhood’s popular dive bars, pubs and thriving culinary scene. On the lower end of Manhattan, [the] East Village is known for its very happening nightlife scene and incredible variety of businesses to explore.”

In March 2015, a diner and a busboy at Sushi Park restaurant were killed when an illegal gas hookup at 121 Second Ave., at E. Seventh St., caused an explosion and raging fire that ultimately destroyed three buildings.

This past January, the former landlord of No. 121, a contractor and an unlicensed plumber were each sentenced to up to a dozen years in prison for second-degree manslaughter and other charges for their roles in connection with the fatal blast.

Nexus bought two of the three vacant lots for $9.17 million in June 2017, and is reportedly developing the site in partnership with Immobiliare Capital and Premier Equities.