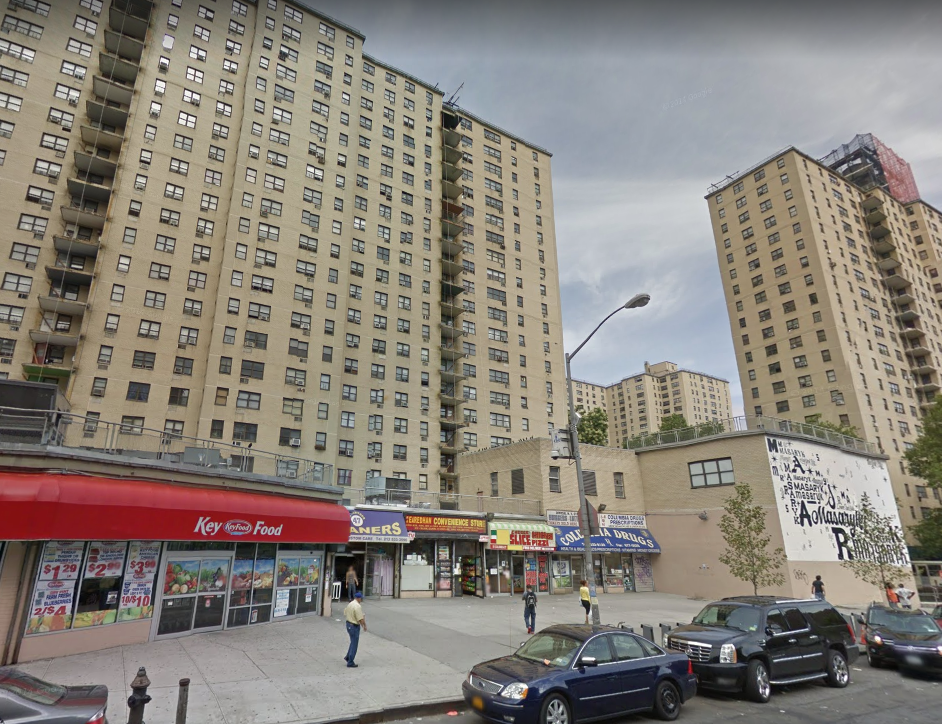 BY LINCOLN ANDERSON | Update: Feb. 12, 11:45 p.m. … It subsequently turned out that this incident actually did not happen and that the student, in fact, filed a false report, according to police. Please see The Village Sun’s follow-up article, “Police: Bard High School student filed false report of anti-Muslim attack.”

In a shocking hate crime, a female Muslim student walking to Bard High School Early College on the Lower East Side was reportedly cursed out by a foul-mouthed xenophobic bigot who then hurled a glass bottle at her, striking her in the head.

Police said that on Mon., Feb. 10, at 10:30 a.m., the 17-year-old was walking to school along Columbia St. past the Baruch Houses, just north of the Williamsburg Bridge, when a white van pulled up alongside her.

“F— you, you motherf—er!” the driver allegedly yelled at her. “Go back to your country!”

The man then threw a glass bottle at her, striking her in the forehead, causing swelling and bruising, police said.

The attacker then drove off on Delancey St. headed westbound. Police did not provide any further description of him.

The incident has been deemed a hate crime by the police and an investigation is ongoing, a department spokesperson said.

There was no information immediately available on whether the student was wearing any traditional garb, such as a hijab — head scarf — that would have visibly identified her as Muslim. There also was no information on whether she received medical treatment at the scene of the crime or at a local hospital.

The spot where the attack occurred is right across the street from a busy commercial shopping strip, including a Key Food supermarket, located in Masaryk Towers.

Police or local politicians apparently had not yet put out word of the incident as of Tuesday afternoon.

The Village Sun learned of the hate crime from Lee Berman, a Democratic district leader who lives on Grand St. Berman found out about it from his co-district leader, Carol Laskow, who was told about it by a friend whose son attends Bard High School.

On Monday afternoon around 4:45 p.m., Dr. Michael Lerner, Bard’s principal, sent out an e-mail to students and families about the troubling assault. He urged students, at least for now, to travel together to the subway in groups for safety.

“I am very saddened to report a bias incident occurred today to one of our students on her way to BHSEC,” Lerner wrote.

“A Year 2 student was walking on Columbia Street when the passengers of a passing van yelled anti-Muslim insults and curses at her and threw a glass bottle at her, striking her in the forehead.

“We are working with [the] 7th Precinct to investigate this incident and hope that we can catch the perpetrators.

“I want to let the school community know about this so you can be aware of possible dangers in the neighborhood,” Lerner wrote. “Until we learn more, we encourage students to travel together to the subway, and please make certain to report any incidents to us here at school.

“Don’t hesitate to call 911 if you are accosted or feel unsafe while commuting to school. If you witness anything, please try to note the time and place and description of any people or vehicles involved.”

Bard High School Early College, at 525 E. Houston St., near the F.D.R. Drive, is a screened school for high-performing students. It offers a Regents degree and also a college Associate’s degree, all in four years. The school is located about a six-minute walk away from where the female student was assaulted.

District Leader Berman said local politicians, including Councilmember Carlina Rivera and Assemblymember Yuh-Line Niou, had been alerted of the hate crime and had reached out to the Seventh Precinct asking them to investigate the attack.

Rivera’s office did not immediately respond to a request for comment.

Berman said this latest incident follows on the heels of others, and that their number has been increasing.

“It’s especially troubling in light of the other incidents that have happened in the neighborhood going back the past two years,” he said. “As someone growing up here, I haven’t seen this since the ’70s or ’80s.”

On Jan. 28, Holocaust Remembrance Day, which also marked the 75th anniversary of the liberation of the Auschwitz death camp, someone scrawled an anti-Semitic message —  “f— Jews” — with botched swastikas inside the Hillman Houses at 500 Grand St.

Berman said that about five months ago, feces was thrown on the Lutowisker Chevra synagogue, at Columbia and Delancey Sts.

Last August, someone drew a cartoon face and the word “Evil” on a synagogue at 145 East Broadway.

A year ago, a sicko drew anti-Semitic graffiti and swastikas on a sign about wildlife species in East River Park.

In August 2017, a synagogue at 233 Broadway was defaced with KKK scrawls.

For New York City as a whole, reported hate crimes were down 24 percent for January versus the first month of last year, from 38 to 29. Anti-Semitic hate crimes topped the list, accounting for 21 of the incidents.

Over all, though, crime in the city rocketed up 17 percent during the first month of the year, which critics have chalked up to the bail reform passed in Albany last June.