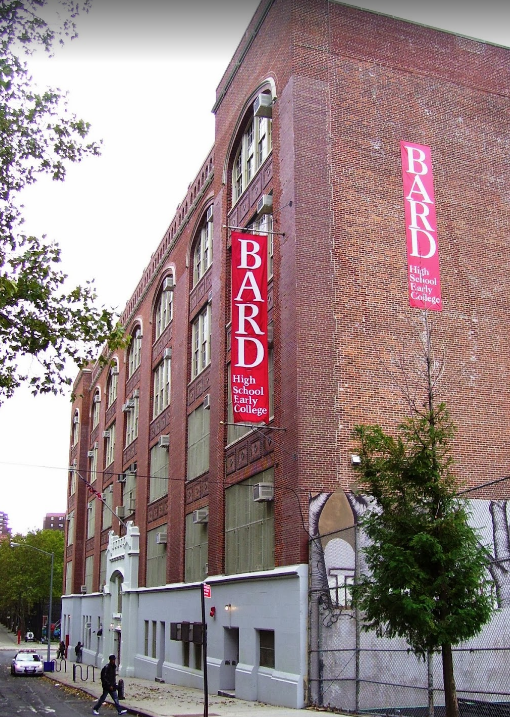 BY THE VILLAGE SUN | It turns out that a female Muslim teenager was not the target of a hate crime and assault on the Lower East Side on Monday morning, but actually filed a false report with police.

The 17-year-old girl, a student at Bard High School Early College, at 525 E. Houston St., told cops she was walking along Columbia St., between Rivington and Delancey Sts., on her way to school around 10:30 a.m., when a white van drove up next to her.

“F— you, you motherf—er!” she claimed its driver yelled at her. “Go back to your country!”

The teen said the man then hurled a glass bottle at her, striking her in the forehead, before driving off westbound down Delancey St.

However, police said, upon subsequent investigation, the student’s story did not check out.

“We don’t believe a bias incident occurred at that location,” a police spokesperson told The Village Sun on Wednesday evening.

Asked if police are still looking for a suspect, the spokesperson said no.

The student potentially could be slapped with a misdemeanor charge of filing a false report but, according to a police source, it appears unlikely that would happen in this case. Another police source said cops are understanding of the fact that there is often an emotional component to why an individual files a false report.

It was District Leader Lee Berman who tipped off The Village Sun that the incident, in fact, was made up. He reported that he attended the Seventh Precinct Community Council meeting on Wednesday evening, and asked Deputy Inspector Rhonda O’Reilly Bovell for an update on the alleged bias incident.

“She stated that detectives investigated and retrieved [surveillance-camera] video and ‘determined the incident did not occur,'” Berman said.

He then asked if the student had made a false report, to which Bovell, the Seventh Precinct commanding officer, again simply replied, ‘The incident did not occur.'”

It was also Berman who initially had forwarded to The Village Sun an e-mail sent out by Dr. Michael Lerner, Bard High School’s principal, on Monday afternoon, alerting students and parents to the alleged hate crime. In the e-mail, Lerner cautioned the students, in the wake of the alleged incident, to take safety measures, like walking to the subway in groups.

As of Thursday evening, Lerner had not sent out a follow-up e-mail to let students and parents know that the student’s story was fiction and that there had been no hate crime.

It was not immediately clear why the student filed the false report.