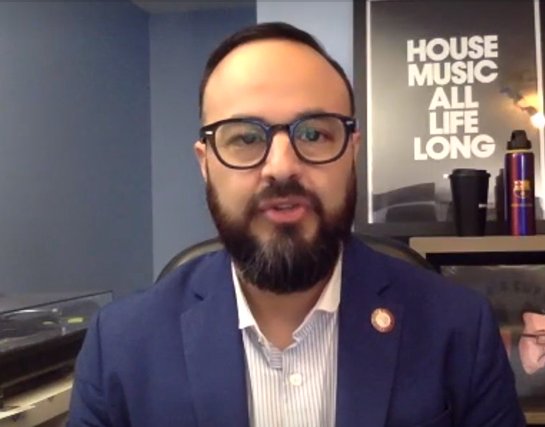 Will City Councilmember Francisco Moya rock the rezoning vote in favor of Soho and Noho residents and preservationists — or rapacious luxury developers? Either way, he'll always be a huge house music fan. (Photo by The Village Sun)

AFFORDABLE HOUSE MUSIC GROOVE: During Tuesday’s big virtual City Council hearing on the Soho/Noho rezoning, Sean Sweeney made an unexpected musical connection with Francisco Moya, the chairperson of the Subcommittee on Zoning and Franchises. Sweeney, the Soho Alliance’s executive director, while following along on the Zoom, could not miss the “House Music All Life Long” poster on the wall behind the councilmember, who was leading the hearing.

“And the turntable!” Sweeney told us. Yes, there was indeed what used to be known as a “record player” sitting on a tabletop to Moya’s left.

Sweeney told Moya that, back in the day when he first came to Soho, he ran The Loft dance club, which, as the activist tells it, was where house music was born. This brought a broad smile to Moya’s face, and for a brief moment the hearing veered away from F.A.R., J.L.W.A., L.P.C., D.C.P., etc.

Sweeney later told us that, hey, it’s these kind of connections that can make a difference when it comes down to crunchtime.

Later on during the hearing, Rainer Judd, the scion of late Soho Minimalist artist Donald Judd, recounted her life living Downtown, including when she used to hit the hottest dance clubs, like Danceteria. Again, Moya was right there grooving with her, digging those references.

Will the key councilmember side with local residents who call the rezoning a nightmare cooked up by Bill de Blasio and his luxury developer cronies under a phony veneer of social justice? As the rezoning foes see it, if the scheme passes, in the words of house music legend Adonis, there will be “No Way Back.”

HOT DOG REPORT: Trigger tells us the hot dog launch Monday at his Lower East Side Lucky Star ice cream store, at Clinton and Delancey Streets, was a success.

“Today was our first day serving them and I’m very pleased,” he said. “And It will only improve. I had the first one and it was great! It’s Nathan’s. And when The Delancey club is busy that’ll help a lot. I’ll extend my hours. People want to eat after drinking and hot dogs are perfect. I’m excited about it.” 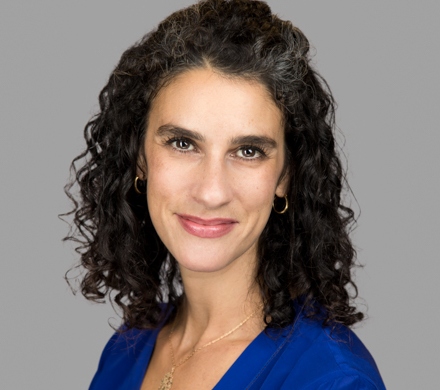 NEW BID’NESS: Samara Karasyk has been named president and C.E.O. of the Hudson Square Business Improvement District. Karasyk brings more than two decades of experience working with nonprofits and in city government. Most recently, she served as the chief policy officer and executive V.P. at the Brooklyn Chamber of Commerce, where she led the organization’s implementation of the New York City Small Business Resource Network. She succeeds Ellen Baer, the BID’s founding executive director. Baer is stepping away after 12 years to pursue other opportunities. She was supposed to leave last year, but stayed on through the pandemic.

LONG AND THE SHORT OF IT: Jim Drougas said the new documentary “34 Carmine Street,” about his Unoppressive Non-imperialist Bargain Books, directed by Beatriz Browne, won Best Short Documentary at the Big Apple Film Festival. Congrats! We hope the landlord hears about it. 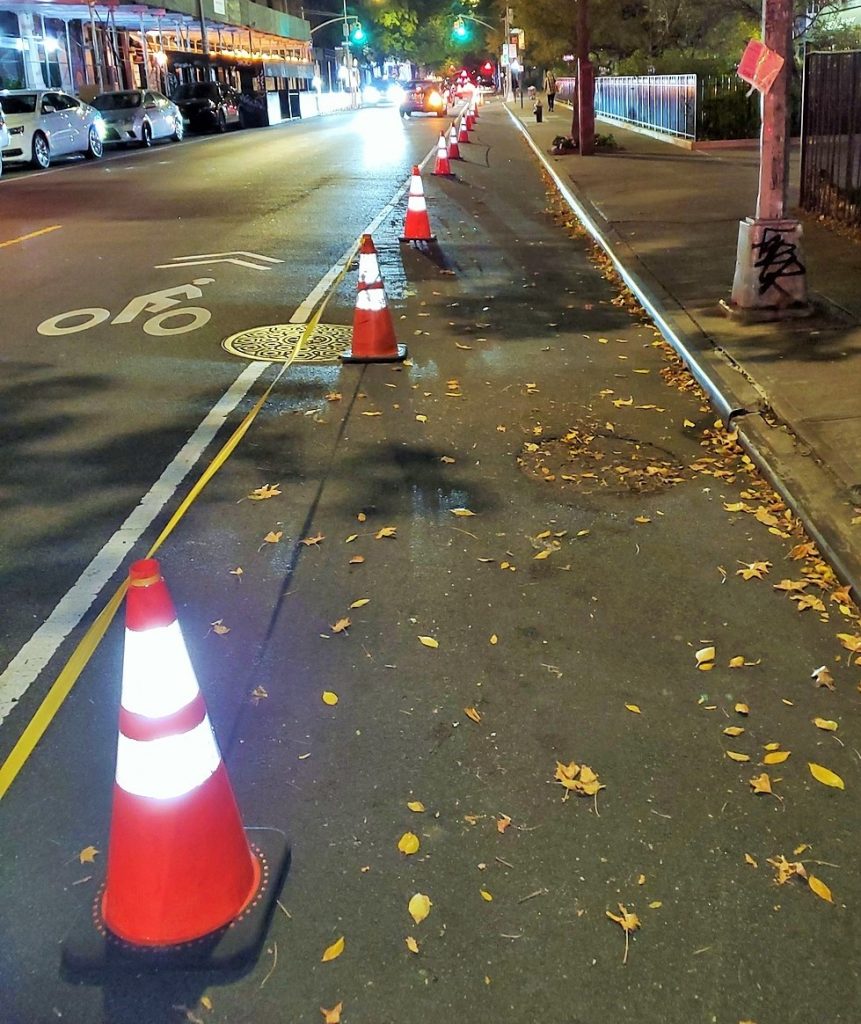 SMOOTH CYCLING: Was a new protected bike lane recently being installed on LaGuardia Place, replacing the far-less-safe “sharrows,” to the left?

AS SLIWA SAW IT: The election is over and done with and Curtis Sliwa got soundly drubbed by Eric Adams. But one thing that Sliwa said in their debate struck a chord: New empty high-rises in Hudson Yards should be used for affordable housing.