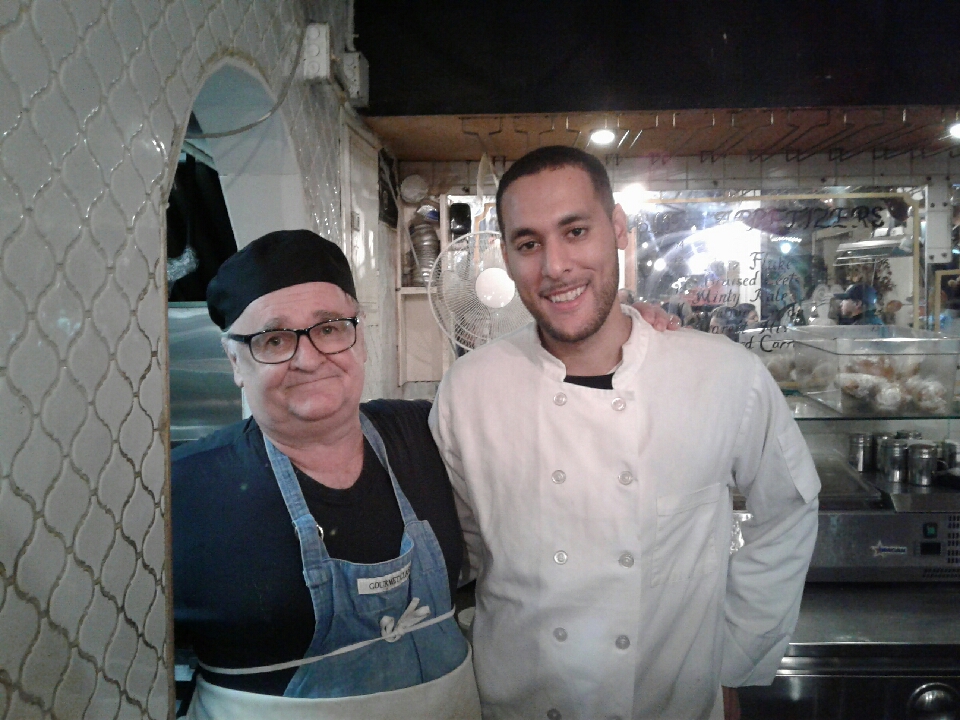 MIKE AND MARIJUANA: After launching his campaign with a polished video ad, Mike Bloomberg is rising fast in the polls, already surging into fifth place, either ahead of or tied with Kamala Harris, in the Democratic presidential primary race, depending on which poll you look at.

But former East Village activist John Penley points out that Bloomie is not on the same page as other candidates on at least one issue — pot.

The former New York mayor is being touted as a centrist in a field pundits are saying is too far left for many Democratic voters. Bloomberg is reportedly expected to focus his campaign on climate change, gun control, income inequality and education.

“Bloomberg’s not even for medical pot, and he’s not for recreational pot,” said Penley, who now lives down South. “Nobody’s asked him about it at a press conference. The media’s not going to ask him because they want his advertising dollars. It’s all over social media, Bloomberg’s position on pot.”

According to the “Cannabis Report Card” at leafly.com, Elizabeth Warren, Bernie Sanders, Pete Buttigieg, Cory Booker, Harris and Tulsi Gabbard all support federal legalization of marijuana, while Joe Biden does not and Amy Klobuchar’s position is “unclear.” President Donald Trump also does not support legalization.

SUPER HOLIDAY AT LE SOUK: State Committeeman Chris Marte, who traveled over from the Lower East Side, and “Chef” Ray Cline, of the Village Reform Democratic Club, pitched in with other local volunteers to help provide a fantastic Thanksgiving meal for community members at Le Souk, on LaGuardia Place. There were two seatings.

The delicious-but-affordable holiday dinner has become an annual tradition at the North African-themed hot spot, owned by brother team Marcus and Sam Jacob. Co-hosting the event was the Bleecker Area Merchants’ and Residents’ Association a.k.a. BAMRA.

Cline shared the secret of his cranberry sauce with us: He uses juice instead of water. We won’t reveal which kind.

Also attending the big feast was activist Sharon Woolums and Jeanie Thompson, and we also said hi to Lois Rakoff, of Community Board 2, and Maureen Remacle, head of the Sixth Precinct Community Council.

He let us in on another eventful happening coming up. On Sun., Dec. 8, at 3 p.m., the shul will have live music — bluegrass and klezmer — in its upstairs sanctuary for the first time in either 18 or 19 years.

Due to concerns over the music bothering neighbors, they’ve been holding concerts in the basement — which has extra sound insulation — all these years. But they’ve made sure to clear this performance with locals on the other side of the party wall (as in, shared wall). 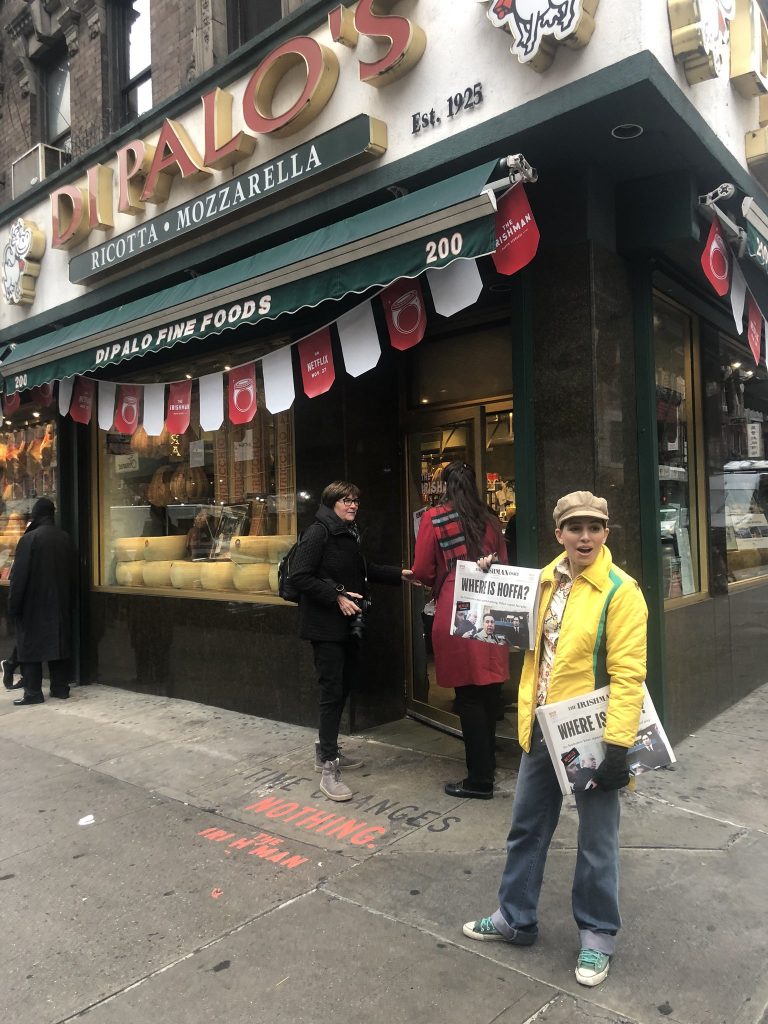 MAG MENTION: Jim Drougas and his funky and affordable Carmine St. bookstore, Unoppressive Non-Imperialist Bargain Books, got a nice mention in the New Yorker recently. Hannah Goldfield, the writer of a “Tables for Two” section review of Nami Nori, a new sushi hand-roll restaurant on the street, noted that she spent time at the bookstore during the lengthy wait for her table. While there, she enjoyed getting her “palm read by a psychic who camps out in a nook there,” and who guessed her initials.

Drougas chuckled that he liked the review, and that the palm reader is actually pretty accurate in her prognostications.

“It was cool if not a bit snarky about the psychic,” Drougas said of the article. “She is sweet and seems to know how to read people. Even initials.”

Not surprisingly, it’s all about Henderson disputing Gay City’s reporting that the activist, in fact, was not at the Stonewall Riots during the summer of 1969.

Henderson told us that his demand is very simple.

“They need to take down the trash,” he demanded.

That’s referring to the articles the newspaper has run over the years (and which are posted online), stating that Henderson was not at the iconic gay nightspot during the uprising, when gay bargoers, for the first time, fought back against one of the regular police raids.

“I went to the Stonewall club every Friday night unless it rained,” he told us.

He added that, earlier that day, he was at Judy Garland’s funeral — both at Campbell’s Funeral Home and then later at St. Patrick’s Cathedral.

“After the funeral, I went back [home] to Long Island,” he said, sarcastically, as if to say that never would have happened.

Anyway, at least that’s Henderson’s side of the story.

As for the lawsuit, the argument against it is that is has already been “adjudicated,” meaning that Henderson has sued previously and lost. But he said this is a whole new case since he previously was going after LGNY — as Gay City News was formerly named — plus, the paper has new owners.

“It’s a big difference,” he stressed.

By the way, in another new twist, Henderson also has legally changed his first name from Williamson to Willson.

“Not changed — shortened,” he clarified.

He said he did this because his late dad was an abusive jerk and he decided he didn’t want to share his first name with him. The S.V.A. leader was “The Fifth,” he noted, as in, Williamson Lee Henderson V.

Henderson mused that he once wrote for LGNY, penning an article about the jukebox at the Stonewall back in the day. But the relationship with the paper clearly soured, to say the least.

Henderson confirmed that S.V.A. had offered to let Village attorney Arthur Schwartz ride in their famed convertible at this past summer’s Gay Pride March. Yes, Schwartz is like the Zelig of Scooby Scoop.

“He was invited to, but he declined,” Henderson said. “He’s been helpful to us on different matters — not legal matters.”

Schwartz said he has helped S.V.A. get permits for their annual Village street fair the past three years after Community Board 2 turned them down every time, in what has become a ritual. But he confirmed he passed on the ride.

“I wound up in the main march, marching with Bernie supporters,” noted Schwartz, who was previously Sanders’s New York campaign counsel.

Asked whether he thought Williamson was or wasn’t at the famed riots, Schwartz told us, “Doubt it,” but added, “They are more legitimate” than a certain other Village Democratic political club “which has 12 members.”

On second thought, the attorney said, he couldn’t really speculate on who was or wasn’t at the Stonewall Riots.

“Want to do. Mosaic project. All along. Sea wall. On LES. …with. All schools involved…23. Mill available. And I want it. All….every dime….3 year project….if I’m still alive I’ll run for. Mayor in 5 years… Students will vote me in.”

In other words, Power is very interested in contributing to the East Side Coastal Resiliency project — specifically, by adding his signature mosaic tilework (seen on East Village street lamp posts everywhere and local store signs) to any seawalls and barriers involved. He’d involve students from local schools. And…umm….he’d like a modest $23 million in funding to do it.