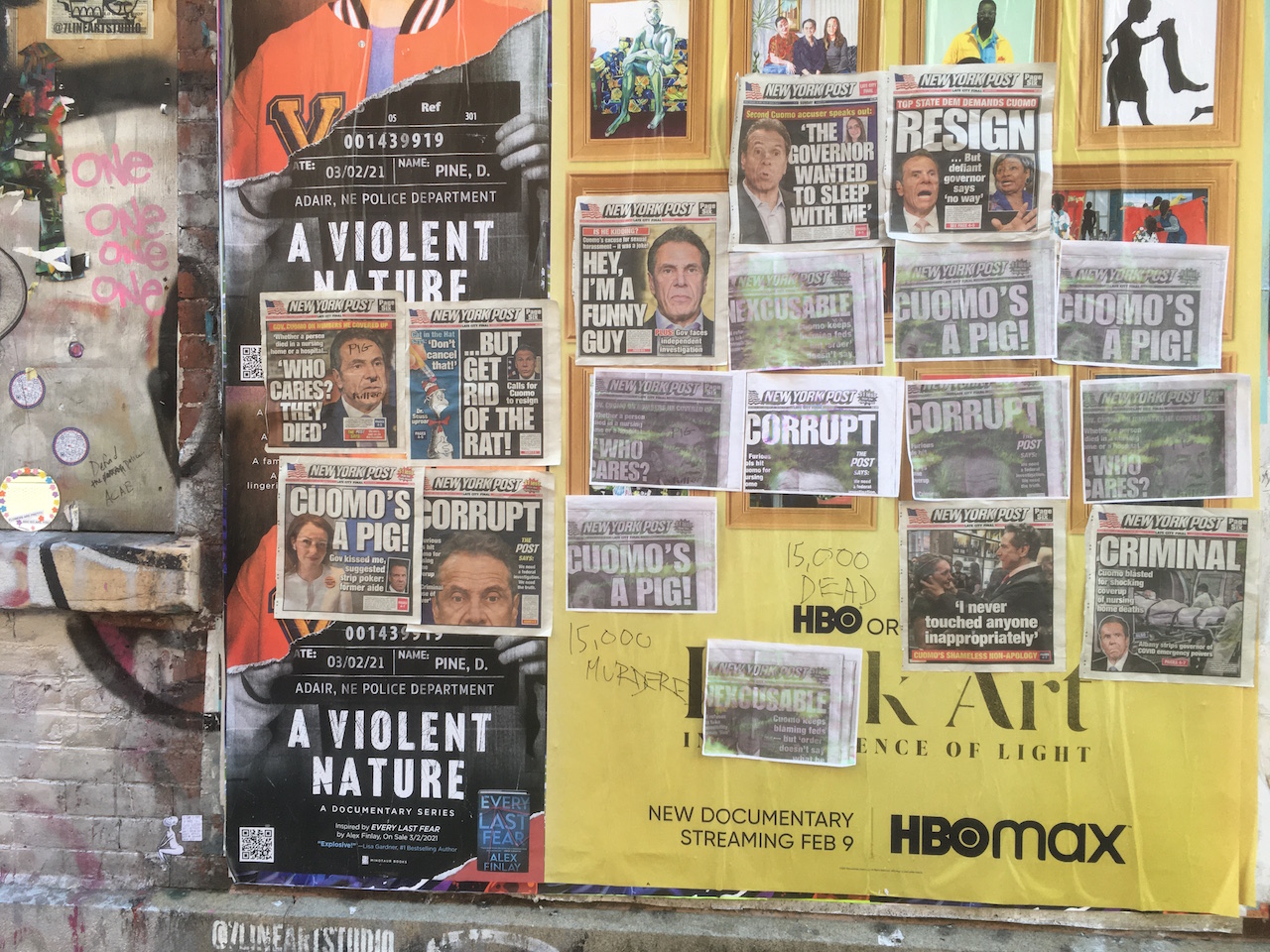 BY LINCOLN ANDERSON | Updated March 13, 1:45 p.m.: The push for Andrew Cuomo to resign reached a new highpoint on Friday as Senate Majority Leader Chuck Schumer and Senator Kirsten Gillibrand called for the governor to step down.

“Confronting and overcoming the COVID crisis requires sure and steady leadership,” they said in a joint statement. “Due to the multiple, credible sexual harassment and misconduct allegations, it is clear that Governor Cuomo has lost the confidence of his governing partners and the people of New York. Governor Cuomo should resign.”

Meanwhile, in Greenwich Village, District Leader Arthur Schwartz agrees that Cuomo must go — but says Assemblymember Deborah Glick must also do the same for not demanding the governor’s ouster. Schwartz, a City Council candidate, blasted Glick for what he called “slavish loyalty” to the governor.

On Monday, Glick was one of 21 female assemblymembers who issued a statement saying they want state Attorney General Letitia James to complete her investigation of the sexual misconduct claims against the governor.

Then, on Thursday, 59 — more than half — of the Assembly’s Democrats issued a letter demanding Cuomo resign. Charging that the governor “has always been quick to attack” his critics, Schwartz called the letter’s signers “heroic.”

“Ten days ago I joined a number of local leaders in the first call for Cuomo to step down, and that was just after the [Lindsey] Boylan and [Charlotte] Bennett allegations,” Schwartz said, referring to the first two former Cuomo aides to come forward. “The allegations just keep coming… .

“This statement [by the 59 assemblymembers] follows the accusation revealed yesterday that the governor, last fall, in the executive mansion, reached under the blouse of a staffer. As an attorney who addresses sexual harassment in the workplace, my experience says there will be more. An all-powerful man, unlike Jimmy Carter, he acted on the lust in his heart.

“For me as a Villager,” Schwartz continued, “the most disturbing thing here is that my assemblywoman, Deborah Glick, did not join this statement. … But it should not come as a surprise. Deborah Glick came to the defense of [former Assembly Speaker] Sheldon Silver even after he was indicted…and now she demonstrates the same slavish loyalty to our state’s Harasser in Chief. Not only should Cuomo step down, our embarrassment of an assemblywoman should, too!”

However, Schwartz’s calls for Glick to resign are not new. In fact, he has been doing it publicly for at least 10 years. He frequently used to do it in a column he penned in WestView newspaper. He claims his differences with her began over the Hudson River Park, when Glick was not fully onboard with the current park plan, which was approved in 1998.

For her part, Glick said she, in fact, supports an impeachment probe of the governor; Assembly Speaker Carl Heastie announced the impeachment investigation on Thursday, a few hours after the assemblymembers issued their letter calling for Cuomo’s resignation.

But Glick has refrained from jumping on the “resign immediately” bandwagon.

On Friday, in several text messages to The Village Sun, she brushed off Schwartz’s latest attack, deriding it as a “need to get press.”

“Sorry — very busy with serious matters and Arthur’s perennial attacks are not,” she said. “FYI, the Assembly has authorized the Judiciary Committee to begin an impeachment investigation — I support that. BTW — due process.”

Calling it her “final response,” Glick said, “Arthur’s need to get press by attacking me is loathsome and demonstrates he has nothing to offer himself.”

Glick is an Albany veteran. Another Assembly stalwart, Dick Gottfried, who represents Chelsea and Hell’s Kitchen and is the House’s longest-serving member, on Tuesday said Cuomo should resign.

“Multiple and growing credible allegations of sexual harassment and recent reports detailing the coverup of the true COVID-19 death toll in nursing homes are extremely disturbing and make it clear that Governor Cuomo is no longer the right governor for New York,” Gottfried said in a statement. “It is clear that it is best for New York for Governor Cuomo to resign.”