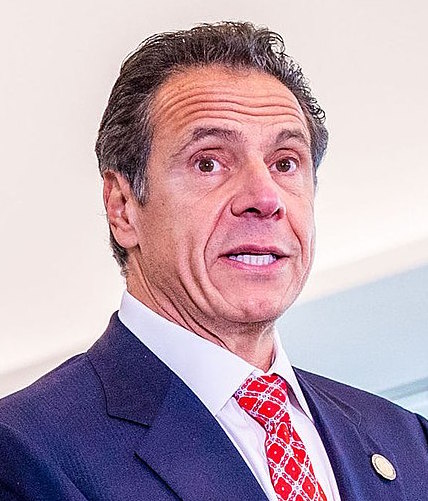 Cuomo in crisis, under fire from top Dems

BY MARY REINHOLZ | Updated, March 11, 1 a.m.: A sixth woman, currently unidentified, came forward Tuesday to accuse Governor Andrew Cuomo of inappropriately touching her while she was working for him at the governor’s mansion in Albany where he lives.

The disclosure prompted Downtown Assemblymember Richard Gottfried, the state’s longest-serving Democrat, to join a growing chorus of liberal pols calling on fellow Democrat Cuomo to step down. They noted that they do so amid a cascade of charges enveloping the combative third-term governor who led New York through one of its darkest hours in the early days the pandemic.

Allegations against Cuomo include claims that he lied about the number of COVID-19 deaths of nursing home patients in New York.

In a formal statement, Gottfried, longtime chairperson of the Assembly’s Health Committee, said, “Multiple and growing credible allegations of sexual harassment and recent reports detailing the coverup of the true COVID-19 death toll in nursing homes are extremely disturbing and make it clear that Governor Cuomo is no longer the right governor for New York. It is clear that it is best for New York for Governor Cuomo to resign.”

Assemblymember Deborah Glick, another veteran lawmaker, did not respond immediately to requests for her reaction to the latest Cuomo scandal. But an aide said in an e-mail that Glick was “appalled” by the sexual harassment accusations against him.

One of the recent accusations of sexual harassment against Cuomo came last weekend from the governor’s former media strategist, Karen Hinton. She claimed that he grabbed her in an “intimate” and “unethical” embrace in a dimly lit California hotel room 21 years ago when the governor was a Department of Housing and Urban Development secretary in President Bill Clinton’s cabinet. Both were married at the time.

Cuomo, 63, has adamantly denied Hinton’s charges, saying she has long been an antagonist. He also has maintained that he never inappropriately touched anyone and that no one has ever told him that he made them uncomfortable. He has refused to resign, and now Republicans, who are the minority in the Legislature, are demanding his impeachment.

Glick was one of 21 female assemblymembers who issued a statement Monday saying they want state Attorney General Letitia James to complete her investigation of the sexual misconduct claims against the governor. James, a Cuomo appointee, has already named two outside attorneys to oversee the probe with subpoena powers. They are former U.S. Attorney Joon H. Kim, from the Southern District of New York, and Anne L. Clarke, a respected employment lawyer.

Not all were happy with Glick’s moderated stance, though. David Siffert, the immediate past president of the assemblymember’s home political club, the Village Independent Democrats, tweeted at Glick that she should remove her name from the letter and demand Cuomo step down.

.@DeborahJGlick this is the wrong time to be standing by Cuomo. Please consider removing yourself from this letter and calling for him to resign.https://t.co/5i6m1L7cnj

State Senator Brad Hoylman, a fellow V.I.D. member, on Sunday called for the governor to resign.

For her part, East Side state Senator Liz Krueger made it plain in a Tuesday letter to her constituents that she wants Cuomo to resign soon, though understands their concern that he might not receive “due process.” But Krueger claimed due process is the province of the courts and not the state Legislature.

“To those who argue that due process is not being followed, I say this: I hear your concerns,” Krueger said. “However, this is not a court of law or even a human resources department. This a crucial and urgent question of governance, and New York State cannot hold its collective breath for the months and years it may take for all investigations to conclude.

“To those who have approved of the governor’s COVID response and fear what will happen when he is gone, I say this: Our government is much more than any one man,” she said. “It will continue to function, and I believe will function more smoothly, when we can focus on the essential needs of all New Yorkers rather than the political needs of one.”

Despite all the sturm und drang over Cuomo’s conduct, there have been no lawsuits brought or administrative or civil complaints filed against him.

“And it is unlikely that any could be sustained based on reported allegations,” said Emily Jane Goodman, a retired New York State Supreme Court justice. “As we’ve seen in the federal process, impeachment and removal require both serious crime and political power. New York’s bar might be lower, but it’s a slippery slope.”

In an e-mail, Alterman said that he has never been “a total fan of Andrew Cuomo, but to remove him under these circumstances is a mistake. As a Democrat, I am remembering what happened to Al Franken when he was forced to resign.”

However, Alterman issued a stern reminder to Cuomo that women “should not be forced to choose between a hostile workplace and career advancement. This kind of behavior is boorish and outdated,” he said. “This is not a joke, Governor. This is real. If you get another chance, respect it for your coworkers and subordinates and for the voters of New York State.”

Cuomo’s chances of remaining in office remain an open question, especially after last weekend when Senate Majority Leader Andrea Stewart-Cousins of Yonkers, the state’s top Democrat in the Legislature, called on Cuomo to step down.

“Every day there is another account that is drawing away from the business of government,” Stewart-Cousins said, in part. “We need to govern without daily distraction. For the good of the state, Governor Cuomo must resign.”

Assembly Speaker Carl Heastie put it more delicately in his own statement.

“We have many challenges to address,” Heastie said, “and I think it is time for the governor to seriously consider whether he can effectively meet the needs of the people of New York.”

“I think Andrea was forced into saying that,” opined Westchester radio owner/operator William O’Shaughnessy. A self-styled Rockefeller Republican, he knows and likes Stewart-Cousins but is a staunch defender of Cuomo.

O’Shaughnessy said in a broadcast on his station, WVOX, last month that no governor in America “knows the levers and rhythms of governance as well as Andrew Cuomo.”

“He’s comfortable with the nuts and bolts of government. He knows the nitty-gritty,” O’Shaughnessy added in a phone conversation Monday with The Village Sun.

A  longtime crony of Cuomo’s father, Mario Cuomo, O’Shaughnessy, who heads Whitney Global Media, in New Rochelle, wrote and published a 2017 book on Mario Cuomo distributed by Fordham Press. He believes Mario’s eldest son has the “good genes” of his late “sainted” dad and will prevail “over the haters.”

“I think he’ll ride it out,” he said of what he called the “s—storm” hovering around the governor. “I’m sure of it. Absolutely. I think New Yorkers have an innate sense of fairness. I think they realize they want no more of this piling on.”

O’Shaughnessy did not respond to this reporter’s e-mail on Cuomo’s latest accuser.

Several news reports claimed Wednesday that Cuomo’s latest accuser claimed that he had groped her in his private residence in the governor’s mansion after summoning her there about a technical matter late last year. She did not file a complaint against him. But other aides, hearing of her allegations, notified Cuomo’s counsel, who in turned referred the accusation to Attorney General James, according to the Times Union newspaper, which broke the story.