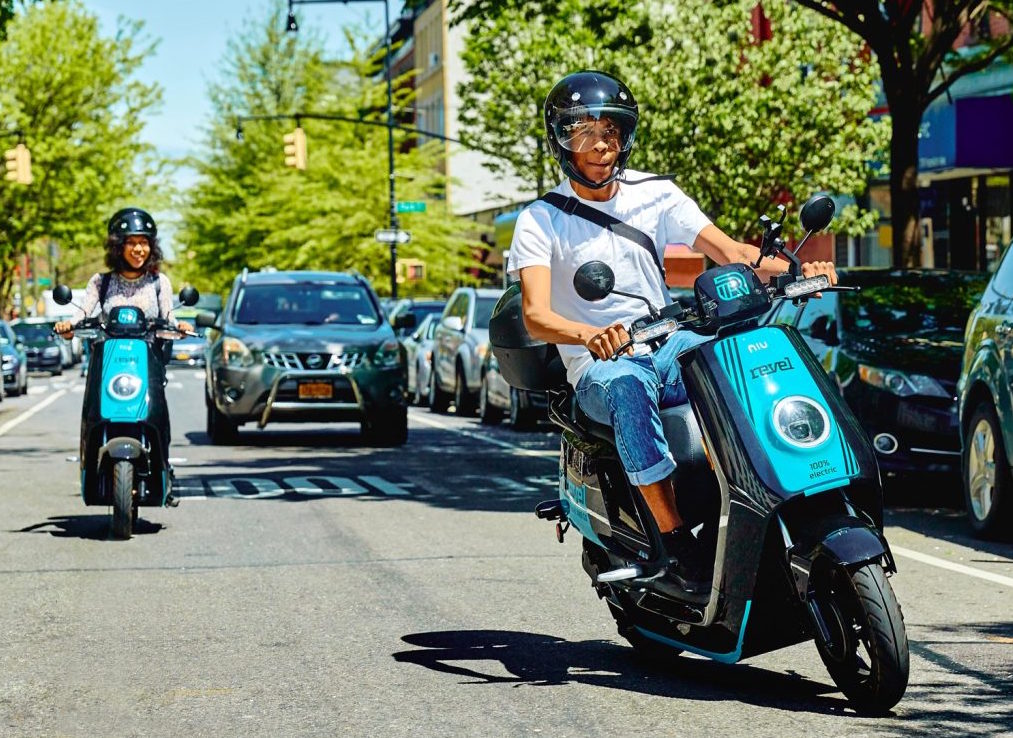 Revel scooters are cheaper than Ubers and are targeted at users in so-called "transportation deserts." But the verdict may still be out on the ride-sharing program's safety. (Courtesy Revel)

BY THE VILLAGE SUN | Updated Oct. 21, 3:30 p.m.: A senior woman died three weeks ago after being struck by a Revel scooter as she was crossing the street on the Upper West Side early one morning, police said.

Responding police found the elderly woman lying on the street, unconscious and unresponsive with trauma to the head.

E.M.S. responded to the scene and transported the victim in critical condition to Mt. Sinai Morningside Hospital where she died later that same afternoon, police said.

The scooter operator remained at the scene.

It is unusual for police to take this long to report a traffic fatality.

One police spokesperson told The Village Sun that police waited until Oct. 21 — three weeks after the woman’s death — to release the information because “it was under investigation.”

However, another police spokesperson said the standard police procedure is to issue a report to the media if the victim in a traffic accident dies. He said, though, that “it sometimes happens” that the local precinct doesn’t update the police press department on everything and that “occasionally we do miss some notifications.”

In a subsequent statement to The Village Sun, the Deputy Commissioner of Public Information said police did not issue a notice on the woman’s death for three weeks because, “This office was not notified of the incident at the time.”

The Village Sun, in turn, asked whose responsibility it was to notify D.C.P.I. in this case, and is awaiting an answer.

The fatal accident on the Upper West Side comes less than two months after Revel was reactivated in New York City. The ride-sharing service was briefly shut down here at the end of July after a string of accidents that saw three riders killed, but was then restarted a month later.

A few weeks before the scooter service’s suspension, Manhattan community board leaders had voiced concern about “Revel mayhem” in the borough.

For the restart, the company implemented some safety features, including having users take a safety training quiz, watch an instructional video before their first ride and snap a “helmet selfie” before each ride.

Correction: The initial version of this article was unclear in its reporting on the date of the victim’s death. She died the same day that she was struck by the scooter, Thurs., Sept. 29. However, police did not release a notice to the media about this until three weeks later.